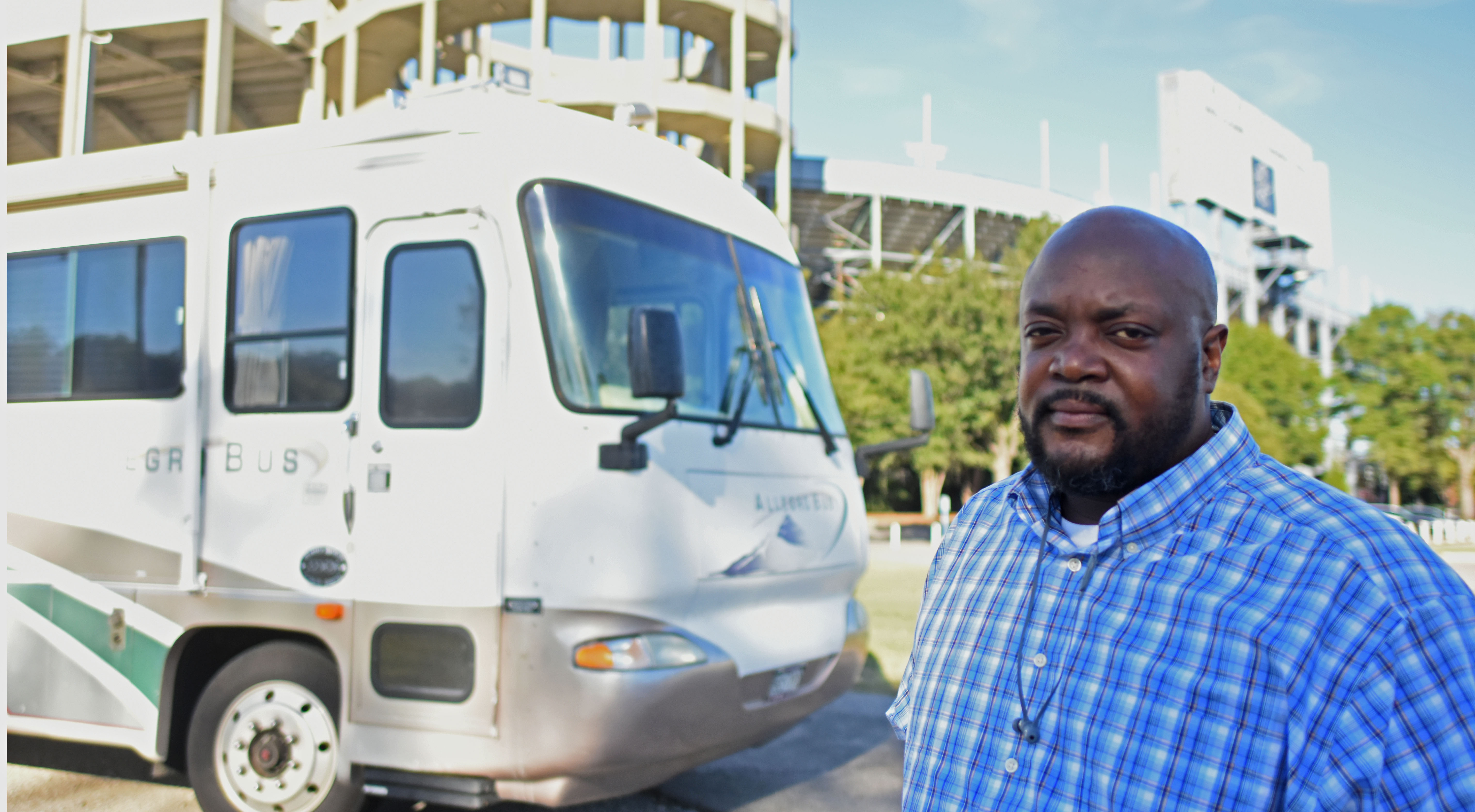 Jerald Lane is a 1998 University of Alabama alumnus. He hasn’t attended a Crimson Tide football game since he graduated but the Aurora, Colorado, resident almost never misses the Magic City Classic.

The 41-year-old, his wife Japera and their second-grade daughter Joia made the 24-hour drive to Alabama last Saturday. Japera and Joia are back home now as Joia has school but Lane is here to be part of an annual Lane tradition, tailgating at Legion Field for the football festival that is the 2017 Magic City Classic featuring Alabama Agriculture & Mechanical and Alabama State University on Saturday, Oct. 28.

He bought his 1999 Allegro Bus recreational vehicle for this annual sojourn.

“The main reason I bought it is we used to tailgate in a tent,” he said. “I came up with the bright idea of the family getting an RV. The timing wasn’t right for the family so I started looking on my own.”

And short of a health issue or an equipment malfunction, Lane expects to make that trek every year, as he did this year.

“It doesn’t matter if we make any other trips,” he said. “This is the one trip I make even if my wife and daughter can’t come, I drive it down.

“My biggest thing is I live so far away. I get to be around family and friends. It’s the one time of the year that we all get together and enjoy each other.” 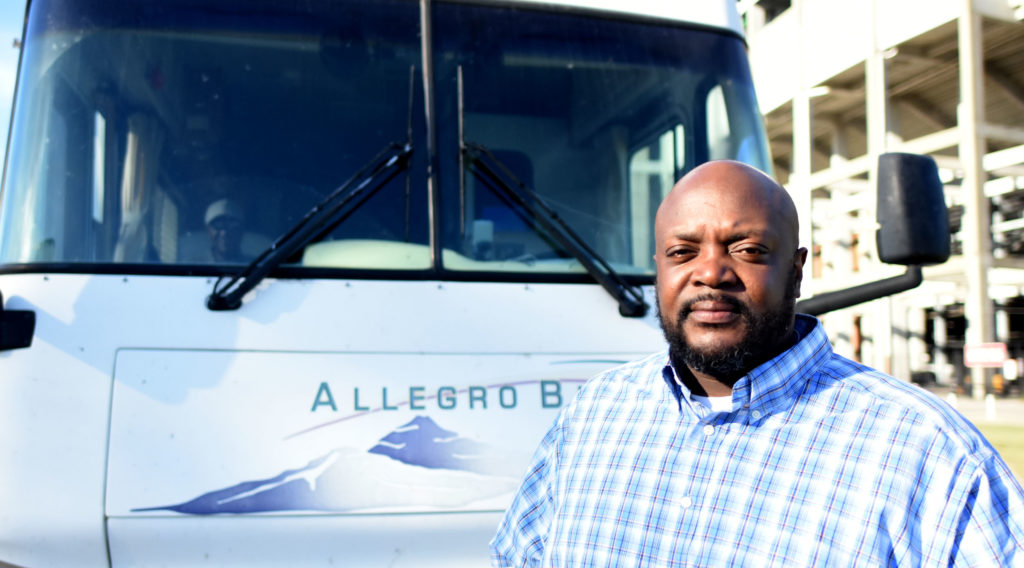 The Lane family has deep ties to the competing universities. Both his brothers began their college careers at Alabama A&M, but it goes farther.

Jerald’s brother, Darryl, 50, met his wife at Alabama A&M.  She earned a degree there; he went on to Athens State in north Alabama.

Their father, John Lane, has a sister and cousin who went to ASU.

Terrill Lane, 45, is the middle son of John and Ella. The Alabaster resident said there is a Lane family reunion every two years. But many family members get together every year to tailgate at Legion Field.

“The Classic is like a reunion,” he said. “We started tailgating 20-plus years ago out the back of my dad’s truck, a 1991 Chevrolet Silverado. That was during the time you could actually park in the Legion Field parking lot. It wasn’t too much tailgating back then like there is now.”

John Lane, 78, still owns that truck. It continues to be used to haul tailgating items to the site Darryl Lane secured online, which is a welcome change from camping out at Legion Field.

“I remember days when I would go out there and sleep in the truck, line the truck up and stay out there like a day or two days,” Darryl said. “As years went on, the lines got longer and the wait got longer.”

This year, he waited for the online site to go live at noon so he could try to get a space.

“You sit up there like it’s a lottery,” he said. “You just generally try to get a spot. You have a spot in mind, two or three choices. If one doesn’t work, you pick another one as quick as possible.”

Jerald Lane said family on neither side of the rivalry has recruited his second-grade daughter Joia to their respective schools. Not yet.

“I’m sure they will,” he said. “I’m trying to instill in her head that she’s going to the University of Alabama but family members have mentioned State and A&M to her on several occasions.”