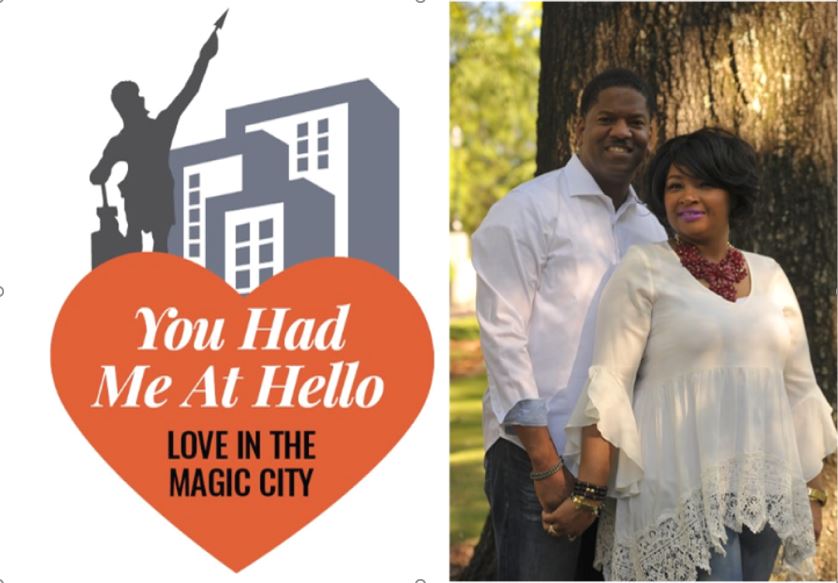 “You Had Me at Hello” highlights Birmingham-area married couples and the love that binds them. If you would like to be considered for a future profile, please send a nomination to chandatemple@gmail.com. Include the couple’s name, a contact number and what makes their love story unique.

Met: Sean was a student at Birmingham’s Parker High School when school officials told him during his junior year in the fall of 1987 that he was out of zone and had to transfer to Woodlawn High School. One day at Woodlawn, Sean noticed Gwen selling yearbooks at a table. “I walked down the stairs and I had tunnel vision,’’ Sean said. “I couldn’t see anything else. I couldn’t hear anything else. I just saw her.’’

Gwen thought Sean was “sort of a preppy kind of guy.’’ He wore penny loafers and sports jackets. She didn’t know he was in the high school club, Esquire. What caught her attention was a chord he dedicated to her during their choir class. “He put words to this little chord, and I think that drew me in,’’ Gwen said. “He serenaded me in front of the class and I said, ‘Oh yeah, he’s a keeper.’ ‘’

Even to this day, Sean plays that chord, which their three children know. “It’s my signature love song,’’ Gwen said.

After his junior year, Sean’s father moved and school officials once again said Sean was out of zone. During his senior year, Sean had to attend Phillips High School. “I have always said that my main reason for going to Woodlawn High School was to meet Gwen,’’ Sean said.

They officially started dating in January 1988.

What I did for love: Even when he moved after his junior year, Sean remained committed to seeing Gwen. When transportation wasn’t available, Sean walked or ran from his Norwood community to the Woodlawn community to see Gwen. The trips, which sometimes happened at night, were not short ones. But Sean made them just for Gwen. “I have always made her a priority,’’ said Sean.

The proposal: Sean proposed right before high school graduation in 1989 at Spats, a restaurant in Homewood that is now closed. “Gwen was very special,’’ he said. “It was like God sent her into my life.’’

Said Gwen: “I knew he was ‘the one’ because of his generosity. He not only loved me but he was loving toward me.”

The wedding: They exchanged vows on Sept. 19, 1992 at the Unity Wedding Chapel on Highlands Avenue in Birmingham.

Together, forever:  Because Sean follows God first, Gwen finds it easy to trust Sean, she said. And because Sean trusts in God, he’s had a good track record in the way he’s made decisions, lead their family, built success in their marriage, and worked with Gwen to rear their children, she said. “I trust the God in him to be my husband…,’’ she said. This year, they marked their 25th wedding anniversary with a video about their love story. “Gwen, I tell you, I’m a better man because of who you are and what you’ve done and been able to do for me in my life,” Sean said in the video. “It’s just been an awesome ride.”

Happily ever after: Sean is the public information officer for the Birmingham Police Department and the senior pastor at Empowerment Word Church in Alabaster. Gwen is co-pastor at the church and works at a Shelby County hospital. They are the parents of Sean Emory Edwards, 24; Silas Edwards, 21; and Starla Edwards, 17.  In February 2017, Sean presented a series of sermons on relationships. The messages made such a connection with the congregation that he plans to address relationships again in February 2018. For more information or to see the relationship series from February 2017, visit www.empowermentwordchurch.com. Click on “ministries,” go to “sermons” and look for “Relationships – They Matter.’’