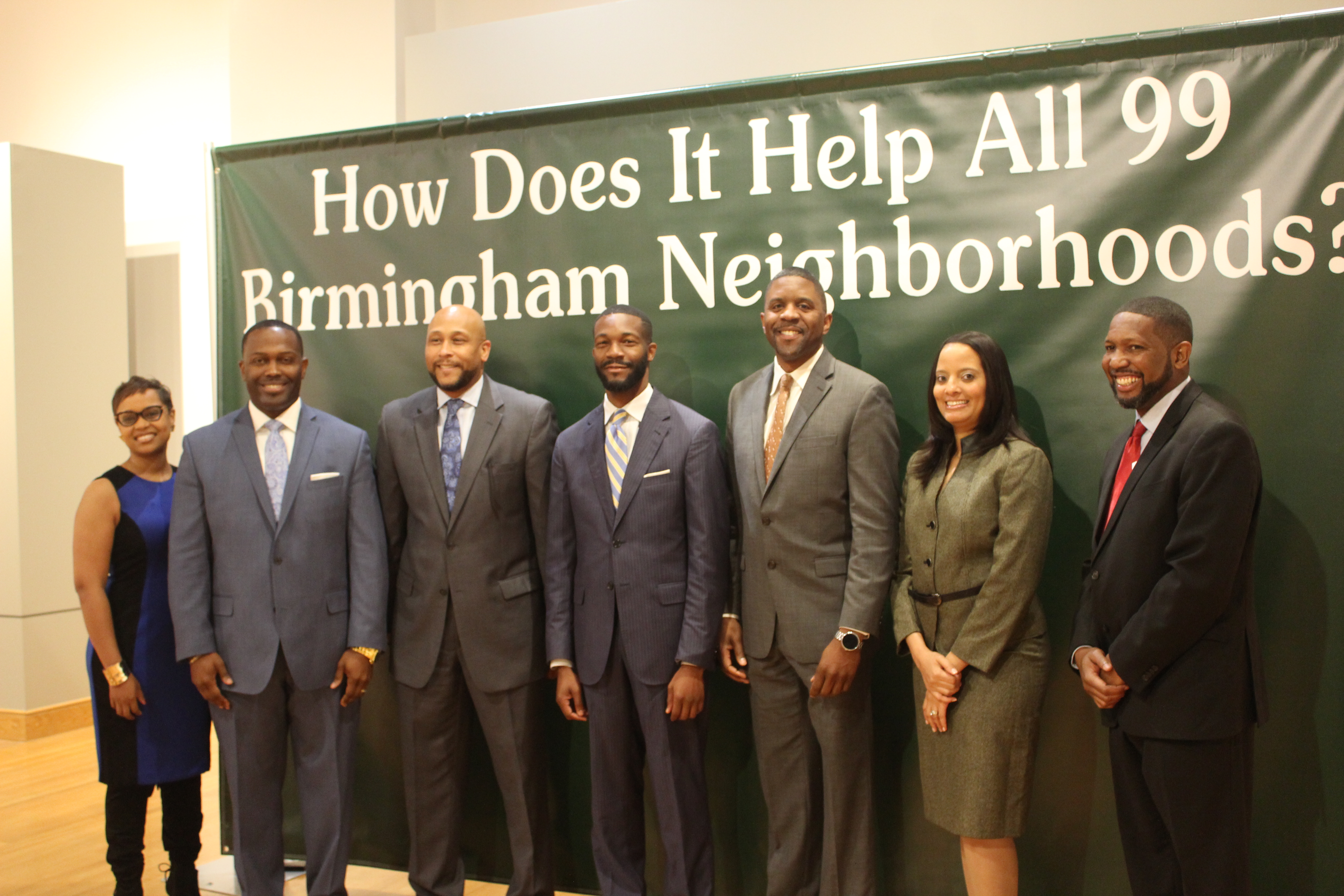 Top members of his administration are:

“Our administration will focus on building our community through servant leadership and make sure we always put our citizens first,” Woodfin said. “We have a special opportunity to transform Birmingham, and that starts with putting together an experienced team that can listen to the citizens and bring fresh ideas and perspectives to the table.”

Core values would be customer service, transparency, effectiveness, efficiency and accountability, Woodfin said. “Each day we face an issue, we will ask how it affects all 99 neighborhoods,” he said.

Sparks served as executive director of Birmingham’s Department of Youth Services since 2002. He is a graduate of West End High School, the University of Alabama and Miles Law School.

Fields led Woodfin’s campaign for mayor and has a long history as a local businessman and civic activist. He received his undergraduate degree in business Administration from Alabama State University and his MBA from University of Alabama’s Manderson School of Business.

King began her legal career with the city of Birmingham Law Department in 2006. She is a native of Birmingham and graduate of Ramsay High School, the University of Alabama and Texas Southern University Law School. She has successfully handled cases before the Alabama Supreme Court, Alabama Court of Civil Appeals and the U.S. Court of Appeals for the 11th Circuit.

Bowen has worked as the Birmingham City Council District 8 chief of staff and served as executive assistant to the dean of academic affairs and as an instructor at Lawson State Community College. She is a graduate of Tuskegee University and holds an MBA from Johnson and Wales University.

“I could not be more proud of the team we are putting together to help transform our city,” Woodfin said. “Each of these men and women are true public servants. They reflect my core beliefs in integrity, efficiency and concern for each resident of Birmingham. We look forward to continuing to complete our executive team as well as department heads as we near the administration beginning in two weeks.”

The Randall Woodfin Administration will officially begin on Tuesday, Nov. 28, with a noon swearing-in ceremony in Linn Park followed later by a “green-carpet” community reception at 5:30 p.m. held in conjunction with the Birmingham City Council.