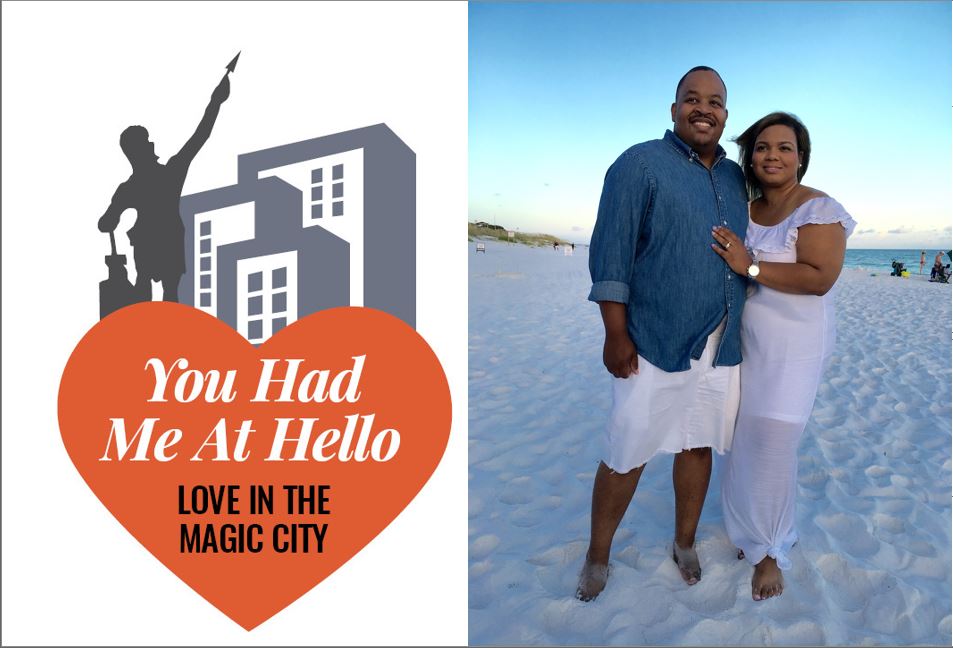 All photos by Chip Bivins 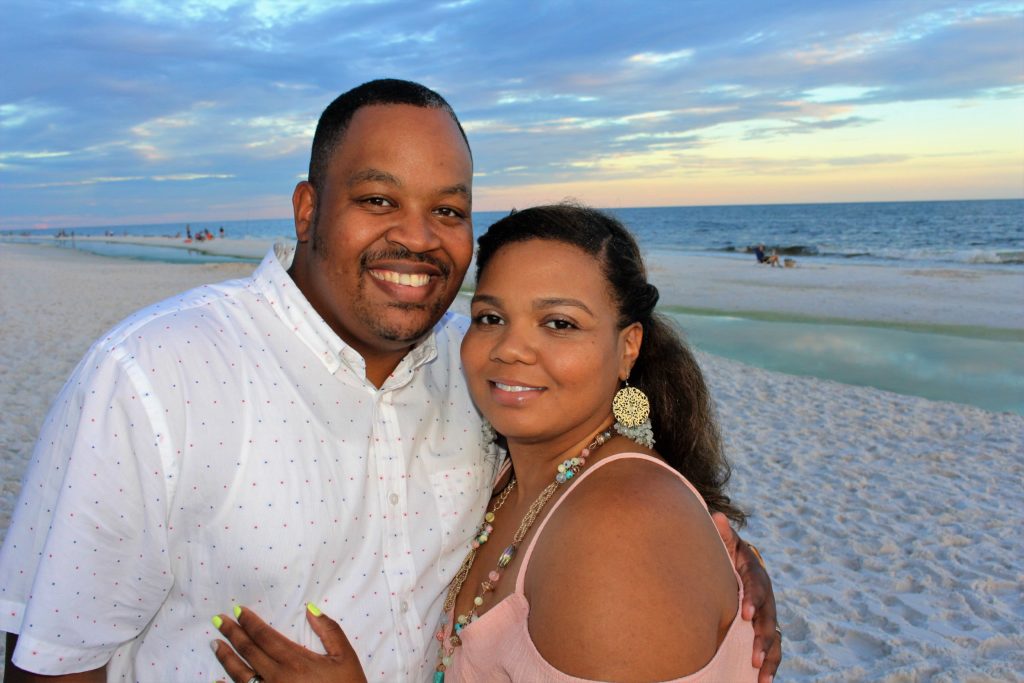 “You Had Me at Hello” highlights Birmingham-area married couples and the love that binds them. If you would like to be considered for a future profile, please send a nomination to chandatemple@gmail.com. Include the couple’s name, a contact number and what makes their love story unique. 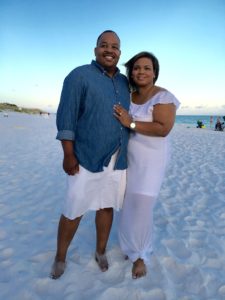 Met: Brandon and Ashleigh met in the fall of 2003 during a Women’s Studies class at the University of Alabama. An assignment required students to make a presentation in front of the class. Brandon talked about how his father never missed Brandon’s or Brandon’s two brothers’ sporting events, even though Brandon’s father had a demanding job within corporate America. The way Brandon talked about his father and how he planned to be that committed to his own family in the future, impressed Ashleigh so much that she told some of her classmates she was going to marry Brandon one day.

Brandon and Ashleigh saw each other in class, where they exchanged smiles and he opened the door for her. But they never really talked until she bumped into him at his fraternity’s party that December. Brandon was talking to a mutual friend when Ashleigh joked that she had never heard him talk so much. Brandon responded: “Store your number in my phone, and I’ll show you how much I can talk.’’

Ashleigh gave Brandon her number. He called the next day. They talked for hours. They followed up with texting and other conversations, but nothing ever developed.

They lost touch after December. They reconnected in May 2004 when Brandon surprised Ashleigh with a phone call. They picked up where they had left off: good conversation and mutual crushes. They started dating in June 2004.

The proposal: Two months after dating, they began looking at wedding rings. Their bond was real. Brandon proposed in May 2005.

“With Brandon, I could be me. I could be silly,’’ Ashleigh said. “I never had to feel like I had to be polished and pretty. I could wear gym shorts and a ponytail or a dainty dress. He accepted me for me.’’ 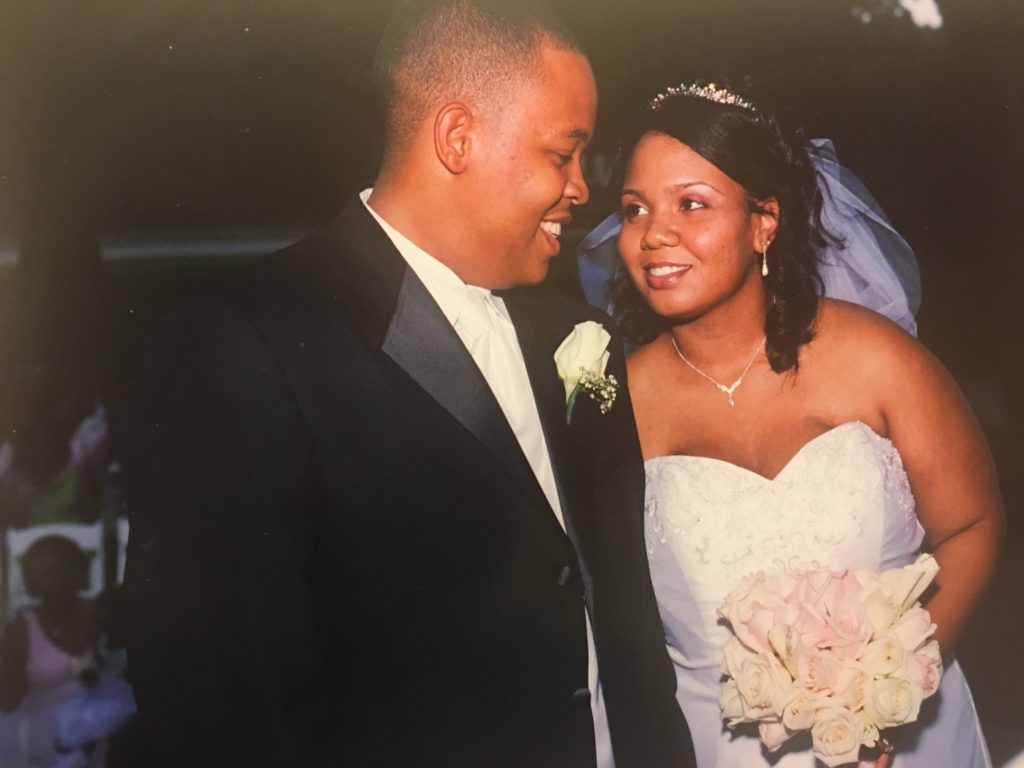 The wedding: Brandon and Ashleigh exchanged vows in an outdoor ceremony at Bragg Mitchell Mansion in Mobile on July 23, 2005. As Ashleigh and her father arrived in a horse-drawn carriage at sunset, Brandon started to cry. Ashleigh’s brothers cried, too. “They were happy that their little sister had found ‘the one,’ ” Ashleigh said.

Role models: Ashleigh and Brandon said their parents have served as good role models in how to make a marriage work. Brandon’s parents have been married for 38 years, and Ashleigh’s parents were married for 41 years before her mother died in February 2017.

After her mother died, Brandon saw how the death hurt Ashleigh. So while on a family trip to the beach in July 2017, which was during the birthday week of Ashleigh’s mother, Brandon surprised Ashleigh and the family with cupcakes and ice cream to celebrate her mother’s birthday.

Celebrating with cake and ice cream was always a tradition for Ashleigh’s mother, no matter the person’s age. Seeing how much thought Brandon put into honoring her mother made Ashleigh love him even more. “I’m so thankful for Brandon,’’ Ashleigh said. “He allows me to have my meltdowns when I need them, especially with my mom’s passing. When I want to cry, he tells me that I need to get it out.” 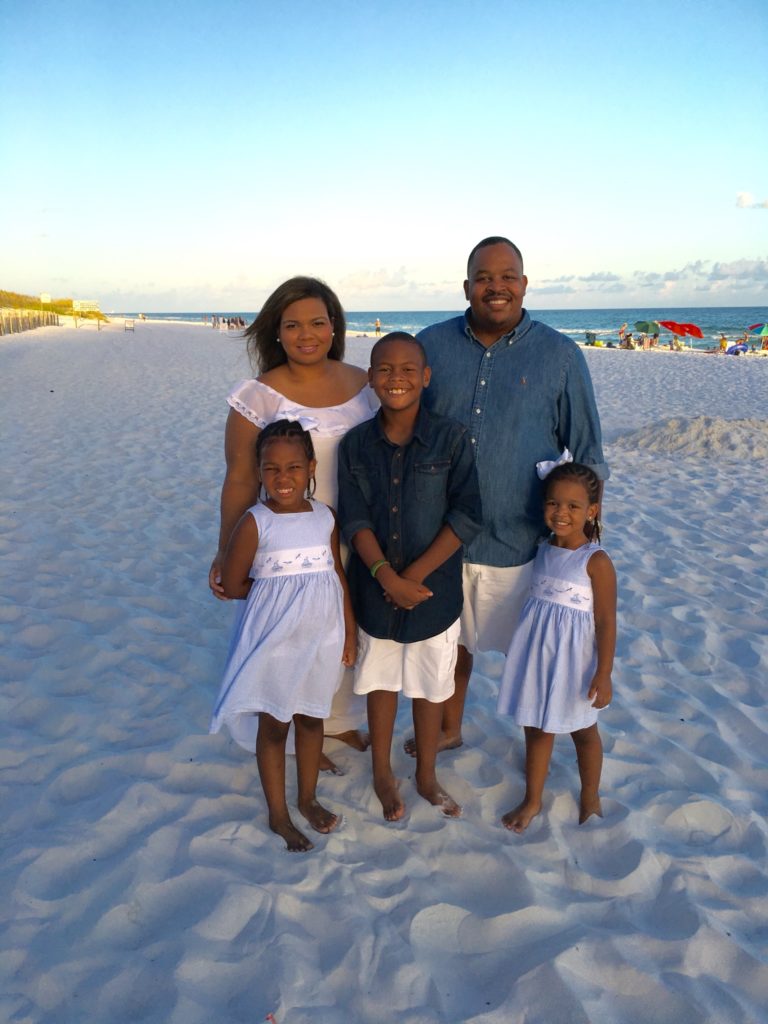 “He’s not that husband who says, ‘You have to be this wife at all times.’ Instead, he tells me: ‘Do you. I need you to take care of you first. If you don’t, then our family doesn’t function.’’’

Words of wisdom: “Never be too proud to apologize when the other feels wronged,” Ashleigh said. “Saying, ‘I’m sorry for making you feel a certain way,’ is big for us. And we’ve noticed it in our children, too. They apologize to each other a lot.”

Happily ever after: Brandon is an agent development manager and sales representative for a Birmingham insurance company. He is also a church deacon and a youth baseball and basketball coach in Helena. Ashleigh is a second grade teacher in Shelby County and the owner of Ashleigh Planned It!, a full-service event planning company for weddings and social events. They are the parents of three children: Jackson, 11; McKenna, 7, and McKenleigh, 5.

Said Ashleigh: “We support each other in so many different ways. He coaches Jackson’s baseball team. I’m out in the freezing cold when Jackson is playing and even when Jackson is not because I believe in supporting them. Brandon shows the same kind of support for me.”