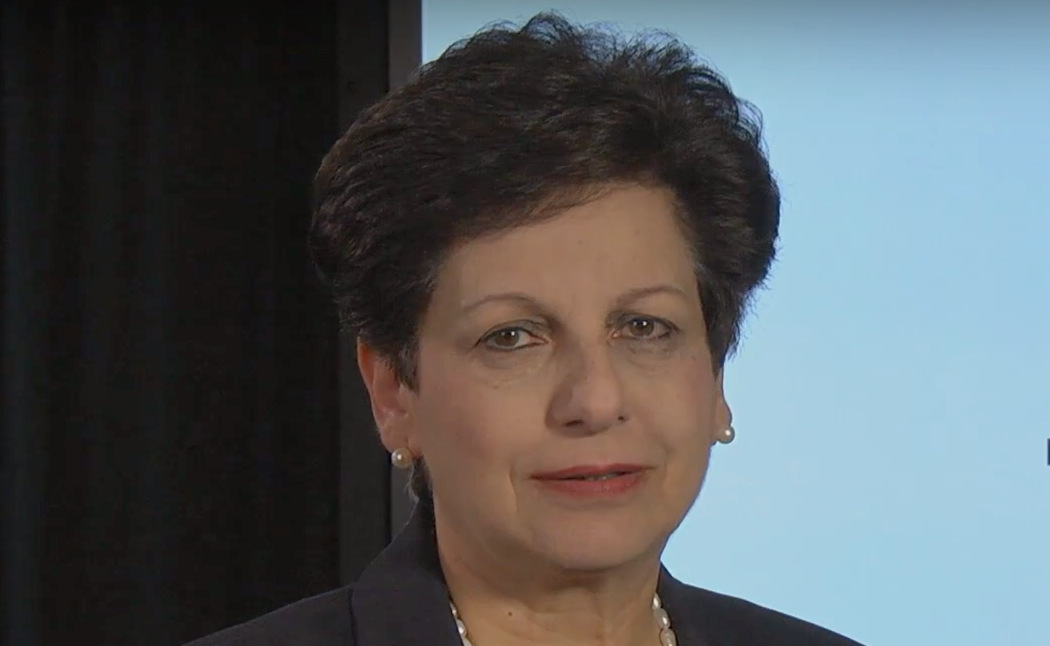 Mona N. Fouad, M.D., professor and director of the Division of Preventive Medicine in the University of Alabama at Birmingham School of Medicine, has been elected as a member of the National Academy of Medicine — one of the highest honors given to a physician or scientist in the United States.

This honor acknowledges a lifetime of exceptional work in health and medicine. Fouad is nationally recognized as a leader in health disparities research and collaboration. Her work generates and combines research from biomedical, behavioral and social sciences in an interdisciplinary approach to address health disparities. Her impact within the national community of scholars — especially young scholars from diverse, underrepresented backgrounds — has spread beyond her institution to touch others in alleviating these disparities among vulnerable populations.

“I’m thrilled and humbled to be elected to the prestigious National Academy of Medicine,” said Fouad, who directs the UAB Minority Health and Health Disparities Research Center. “It is a tremendous honor to be recognized.”

The National Academy of Medicine, established in 1970 under the name Institute of Medicine, is an independent organization of eminent professionals from diverse fields including health and medicine — the natural, social and behavioral sciences — and beyond. Membership in NAM is widely viewed as one of the highest honors in the fields of health and medicine, and is limited to individuals who have demonstrated both exceptional professional achievements and outstanding commitment to service.

“This is a singular honor for Dr. Fouad’s body of work, and all of us at UAB are very proud of her and this prominent recognition she has received,” said UAB President Ray L. Watts, M.D.

“In her career, Dr. Fouad has a huge impact in her interdisciplinary approach toward the elimination of health disparities,” said Selwyn M. Vickers, M.D., senior vice president for Medicine and dean of the UAB School of Medicine. “As both the dean and a frequent collaborator with Dr. Fouad’s research efforts, I’m pleased that Mona’s career is being honored in a way that truly highlights her accomplishments.”

“I’m tremendously proud of Dr. Fouad and grateful to count her as a colleague and leader at UAB,” said C. Seth Landefeld, M.D., chair of the UAB Department of Medicine. “In her work, in her writing and in her leadership, Dr. Fouad has opened eyes to disparities in health and healthcare, and she has pioneered efforts to reduce these disparities — contributions that change our world.”

Fouad’s career at UAB began in 1991 as an instructor in the Department of Medicine. In 2002, she became the founding director of the Minority Health and Health Disparities Research Center — a university-wide interdisciplinary research center. She was promoted to full professor in 2005, and in 2009 became director of the division of Preventive Medicine. From 2003 to 2013, she served as co-leader of the Cancer Control and Population Science Program in the UAB Comprehensive Cancer Center, and she is currently senior adviser to the Cancer Center director. She is also a member of the Diabetes Research and Training Center, the Nutrition Obesity Research Center, the Center for Outcomes and Effectiveness Research and Education, and the Comprehensive Center for Health Aging. In 2005, she was named the inaugural chair of the Commission on the Status of Women at UAB, a position she held until 2008. She was named senior associate dean for Diversity and Inclusion in the School of Medicine in 2013.

Fouad plays a prominent leadership role in a partnership among historically black colleges and universities to train minority researchers and leaders to eliminate health disparities. She serves as the principal investigator for the NIMHD-funded Centers of Excellence, in which she is responsible for the training and career development of minority students and faculty to enhance their research capabilities. Under Fouad’s leadership, the MHRC has been continually funded as a National Institute on Minority Health and Health Disparities Centers of Excellence for the past 15 years.