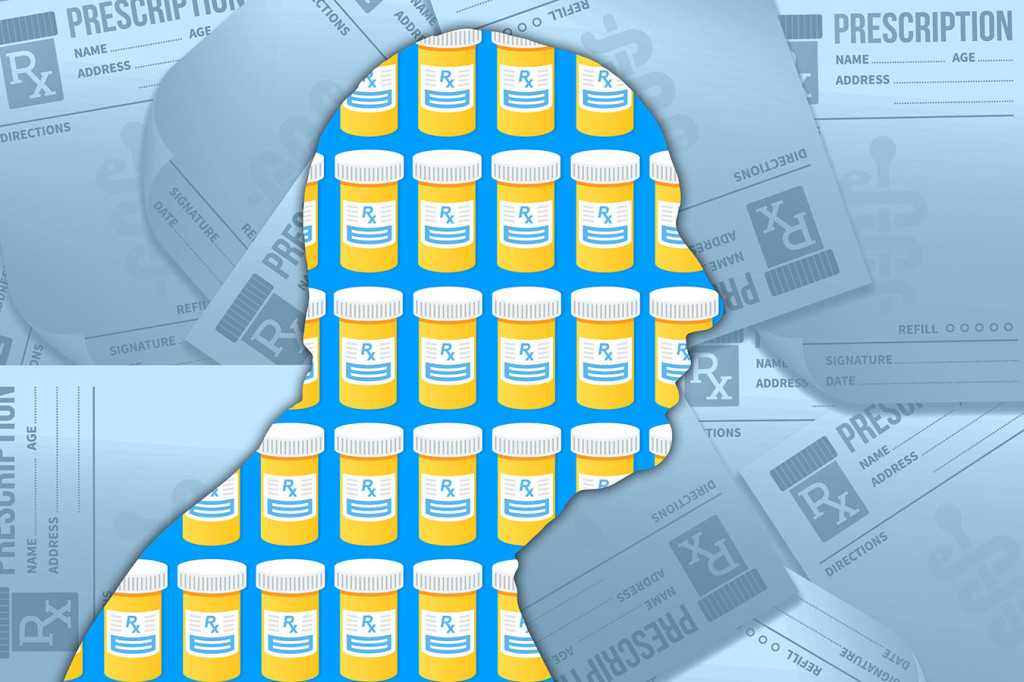 For decades, experts have warned that older Americans are taking too many unnecessary drugs, often prescribed by multiple doctors, for dubious or unknown reasons. Researchers estimate that 25 percent of people ages 65 to 69 take at least five prescription drugs to treat chronic conditions, a figure that jumps to nearly 46 percent for those between 70 and 79. Doctors say it is not uncommon to encounter patients taking more than 20 drugs to treat acid reflux, heart disease, depression or insomnia or other disorders.

Unlike the overuse of opioid painkillers, the polypharmacy problem has attracted little attention, even though its hazards are well documented. But some doctors are working to reverse the trend.

At least 15 percent of seniors seeking care annually from doctors or hospitals have suffered a medication problem; in half of these cases, the problem is believed to be potentially preventable. Studies have linked polypharmacy to unnecessary death. Older patients, who have greater difficulty metabolizing medicines, are more likely to suffer dizziness, confusion and falls. And the side effects of drugs are frequently misinterpreted as a new problem, triggering more prescriptions, a process known as a prescribing cascade.

The glide path to overuse can be gradual: A patient taking a drug to lower blood pressure develops swollen ankles, so a doctor prescribes a diuretic. The diuretic causes a potassium deficiency, resulting in a medicine to treat low potassium. But that triggers nausea, which is treated with another drug, which causes confusion, which in turn is treated with more medication.

For many patients, problems arise when they are discharged from the hospital on a host of new medications, layered on top of old ones.

Alice Cave, who divides her time between Alexandria, Va., and Tucson, Ariz., discovered this when she traveled to Cheyenne, Wyo., after her 87-year-old aunt was sent home following treatment for a stroke in 2015.

Before her hospitalization, Cave said, her aunt, a retired telephone company employee whose vision is impaired by glaucoma, had been taking seven drugs per day. Five new ones were added in the hospital, Cave said.

“She came home and had a huge bag of pills, half of which she was already taking, plus pages and pages of instructions,” she said. Some were supposed to be taken with food, some on an empty stomach. Cave said she spent several hours sorting the medications into a giant blue pill box. “It was crazy — and scary.”

Cave said she felt helpless to do much; her aunt’s doctors didn’t question the need for more drugs.

When Shannon Brownlee’s mother was taken to an emergency room recently to determine whether her arm pain might signal a heart attack (it didn’t) a cardiologist prescribed five new drugs — including an opioid — to the small dose of a diuretic she had been taking to control her blood pressure.

Brownlee, senior vice president of the Lown Institute, a Boston-based group that seeks to improve health care quality by reducing unnecessary treatment, said that when her brother questioned the necessity of so many new drugs for a woman in her late 80s, the specialist replied frostily, “I don’t see anything wrong with prescribing lots of medication to older people.”

“This problem has gotten worse because the average American is on a lot more medications than 15 years ago,” said cardiologist Rita Redberg, a professor of medicine at the University of California at San Francisco.

Studies bolster Redberg’s contention: A 2015 report found that the share of Americans of all ages who regularly took at least five prescription drugs nearly doubled between 2000 and 2012, from 8 percent to 15 percent. University of Michigan researchers recently reported that the percentage of people older than 65 taking at least three psychiatric drugs more than doubled in the nine years beginning in 2004. Nearly half of those taking the potent medications, which include antipsychotic drugs used to treat schizophrenia, had no mental health diagnosis.

Redberg and other doctors are trying to counter the blizzard of prescriptions through a grass-roots movement called “deprescribing” — systematically discontinuing medicines that are inappropriate, duplicative or unnecessary.

Interest in deprescribing, which was pioneered in Canada and Australia, is growing in the United States, bolstered by physician-led efforts, such as the five-year-old Choosing Wisely campaign. The Beers Criteria, a list of overused and potentially unsafe drugs for seniors first published in 1991, has been followed by other tools aimed at curbing unnecessary drug use.

“Lots of different medications get started for reasons that are never supported by evidence,” said Redberg, editor in chief of JAMA Internal Medicine. “In general, we like the idea of taking a pill” a lot better than non-drug measures, such as improved eating habits or exercise.

“That’s what we were taught as physicians: to prescribe drugs,” said Ranit Mishori, a professor of family medicine at Georgetown University and a proponent of deprescribing. “We are definitely not taught how to take people off meds.”

Kathryn McGrath, a Philadelphia geriatrician, said she tries to begin every appointment with a review of medications, which she asks patients to bring with them. “I think having the pill bottles” is much more powerful than a list, said McGrath, who has written about how to deprescribe safely.

Among them, experts say, is a paucity of research about how best to do it, relentless advertising that encourages consumers to ask their doctors for new drugs, and a strong disinclination – baked into the culture of medicine — to countermand what another physician has ordered. Time constraints play a significant role. So do performance measures that are viewed as a mandate to prescribe drugs even when they make virtually no sense, such as giving statins to terminally ill patients.

A Reluctance To Overrule

“There’s a reluctance to tinker or change things too much,” said University of Michigan geriatric psychiatrist Donovan Maust, who labels the phenomenon “clinical inertia.” When inheriting a new patient, Maust said, doctors tend to assume that if a colleague prescribed a drug, there must be a good reason for it — even if they don’t know what it is. Maust said he tries to combat inertia by writing time-limited orders for medication.

He recently began treating a man in his 80s with dementia who was taking eight psychiatric drugs — each of which can cause significant side effects and most of which had been prescribed for undetermined reasons.

“It’s very typical to see a patient who has a few episodes of reflux and is then put on a [proton pump inhibitor, or PPI] and a few years later are still taking it,” said Georgetown’s Mishori. Many experts say the heartburn drugs are overprescribed, and studies have linked their long-term use to fractures, dementia and premature death.

“This is a cultural problem and an awareness problem exacerbated by the fragmentation of care,” said Brownlee, the author of “Overtreated: Why Too Much Medicine is Making Us Sicker and Poorer.” Many doctors, she added, have never heard of deprescribing.

Before his death several years ago, doctors advised Brownlee’s father, a hospice patient, to continue taking a statin, along with several other medications. None would improve or extend his life, and all had potentially harmful side effects. 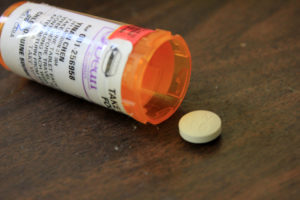 Older people taking lots of medication was what Canadian pharmacist Barbara Farrell encountered when she began working at a geriatric hospital in Ottawa nearly two decades ago. Her experience, she said, was a catalyst for the Canadian Deprescribing Network, a consortium of researchers, physicians, pharmacists and health advocates she co-founded. The group seeks to drastically reduce inappropriate medication use among Canadian seniors by 2020.

Farrell, a clinical scientist at the Bruyere Research Institute, has also helped write guidelines, used by doctors in the United States and other countries, to safely deprescribe certain classes of widely used drugs, including proton pump inhibitors and sedatives.

“I’ve found a lot of receptivity” to the guidelines among physicians, Farrell said. “We know there are pockets around Canada and the world where they’re being implemented.”

One of Farrell’s most memorable successes involved a woman in her late 70s who was using a wheelchair and was nearly comatose.

“She would literally slide out of her chair,” Farrell recalled. The woman was taking 27 drugs four times per day and had been diagnosed with dementia and a host of other ailments.

After reviewing her medications, Farrell and her colleagues were able to weed out duplicative and potentially harmful drugs and reduce the doses of others. A year later, the woman was “like a different person”: She was able to walk with a cane and live mostly independently, and she reported that her doctor said she did not have dementia after all.

When Farrell asked another patient why she was taking thyroid medication, the woman replied that her doctor had prescribed it for weight loss after her last pregnancy — in 1955.

“The patients I see are the tip of the iceberg,” Farrell said.

One way to facilitate deprescribing, Farrell said, is to require doctors to record why a drug is being prescribed, a proposal the deprescribing network has made to Canadian health officials. A recent study by a team from the Boston VA Healthcare System found strong support among doctors for this concept.

While some doctors are reluctant to discontinue medications, patients can be wary, too.

“They may say, ‘I tried stopping my sleeping pill and I couldn’t sleep the next night, so I figured I needed it,’” Farrell said. ” Nobody explained to them that rebound insomnia, which can occur after stopping sleeping pills, lasts three to five days.”

Mishori said that she deprescribes only one medication at a time so she can detect any problem that arises from that change. And, she adds, “I never take people off of a medication without doing something else.” In the case of heartburn drugs, she might first recommend taking the drug only when needed, not continuously. Or she might suggest a safer alternative, such as an over-the-counter antacid tablet.

Maust, the geriatric psychiatrist, recommends that doctors actively focus on “the big picture” and carefully weigh whether the benefits of a drug outweigh its risks.

KHN’s coverage related to aging and improving care of older adults is supported in part by The John A. Hartford Foundation.