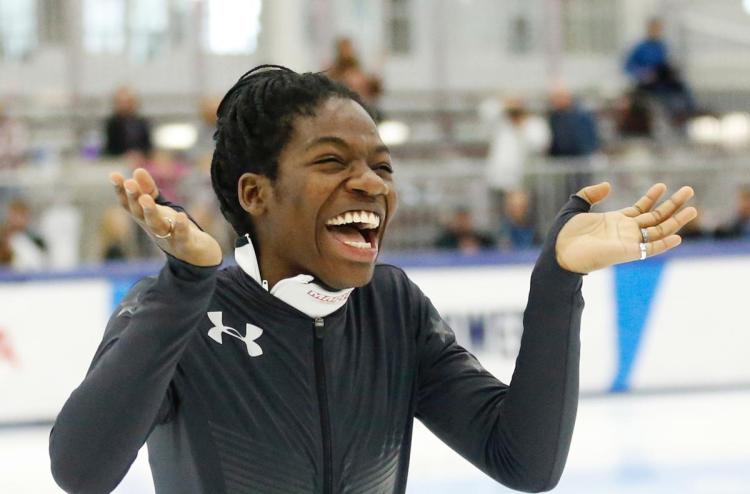 The winter games are coming up in a few short months, and while there aren’t as many people of color competing in those Olympic sports, there are some great stories of athletes shattering old stereotypes.

One of those athletes is 17-year-old Maame Biney. The Ghana-born, DC-raised, athlete blew away the competition this weekend in the qualifying rounds for the Olympic speedskating team, earning two victories in the 500-meter event and qualifying for Team USA.

“I can’t believe it, aww geez,” said Biney after her victory. “It’s a really good feeling, but it has to set in first because it takes me a while. I’m like, ‘Holy cow.'”

Biney becomes the second Black athlete to qualify for the U.S. Olympic speedskating team, following in the footsteps of Shani Davis, who broke the barrier by making the team in 2002. He eventually won a gold and silver medal in 2006 in the 1000M and 1500M, respectively, and repeated those same event victories in 2010. But Biney has brought #BlackGirlMagic to the short track, as she just became the first Black woman to qualify for the team.