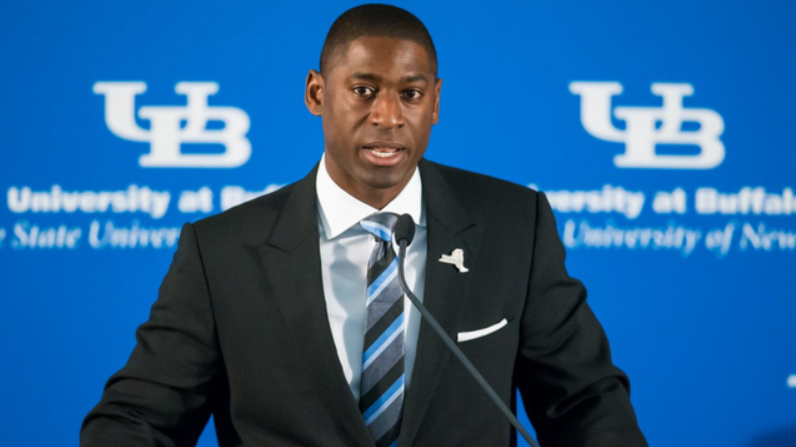 Auburn announced the hiring of Greene Thursday to replace longtime AD Jay Jacobs, who is retiring. Greene was promoted to Buffalo’s athletic director in November 2015 and previously worked at Mississippi and Notre Dame. He will take over the department in February.

“In our interviews and due diligence learning all we could about him, it became overwhelmingly clear that Allen has the right combination of leadership, enthusiasm, experience and management to lead Auburn athletics to success well into the future,” Auburn President Steven Leath said in a statement.

The 40-year-old Greene is one of the youngest athletic directors in Division I. He’s active in the National Association of Collegiate Directors of Athletics and Minority Opportunities Athletics Association.

He will be formally introduced at a news conference Friday and said he was “humbled” by the opportunity.

“Serving Auburn University as director of athletics is a tremendous honor and an awesome responsibility,” Greene said. “Time-honored traditions have helped create a culture of success at Auburn that is incredibly rare.”

Greene takes over a department that has had multiple scandals over the past year but also recently agreed to a new seven-year deal with football coach Gus Malzahn. Auburn fired associate head basketball coach Chuck Person after his arrest on federal fraud and bribery charges and a former softball player filed a Title IX sexual discrimination complaint.

Greene was a three-year starter on Notre Dame’s baseball team and played in the New York Yankees minor league system until March 2001. He received a degree in finance from Notre Dame and a master’s degree from Indiana University.

Leath hired Greene after working with a search committee and Parker Search Firm.