REED TURCHI, JARED GRABB and BRETT CONLIN at the Nick.

GARY LAZER EYES, REVEL IN ROMANCE, THE MURDER OF JANE CROW and MARIELA at The Nick.

ARMED FOR APOCALYPSE, MOTH FACE and KAMIKAZE ZOMBIE at The Nick.

TUBEFREEKS and THE SINGING BUTCHER at The Nick.

SATURN BINGO A GO-GO at Saturn.

TIDE AND TIGER HOT TUESDAY, 3 p.m. until … on Graymont across from Legion Field with $.50 wings and drink specials until 9 p.m. For more call

INTRODUCTION TO LONG FORM IMPROVISATION at the StarDome Comedy Club.

THE ROTTEN MANGOS, UNDERLAND EXPRESS, and THE DEAD SEA FLOWERS at the Nick.

DESTROYER OF LIGHT, HEXXUS and THRONGS OF SHOGGOTHS at The Nick.

THE SOUTHERN COMEDY SHOWCASE HOSED BY EUNICE ELLIOTT at the StarDome Comedy Club.

JOELL REGAL, BOBBY ROCKNROLLS, MATRIXX OF DOMINATION, and THE SOLAR SYSTEM (ZACH EVANS), at the Nick.

CRAWL, THE GODDAMN RIGHTS and ADLET at The Nick.

FOR MOVIE LOVERS and STUDENTS

THE NATION – An independent film comes to Birmingham that features some of America’s great African- American Actors. It highlights critical aspects from the Nation of Islam history that no other theatrical film has touched. It is at the B.O.S.S. Ultra Bar and Lounge on January 20, Saturday, 2 p.m.

COMEDIAN NATE BARGATZE. Originally from Old Hickory, TN, Nate Bargatze is a stand-up comedian following in the showbiz footsteps of his dad, a former clown turned world class magician. He has appeared on The Tonight Show Starring Jimmy Fallon twice, following four appearances on Late Night with Jimmy Fallon. He appeared on Conan four times, was a recurring guest on @midnight, and had his own Comedy Central Presents in 2011. Off-screen, Nate was part of Jimmy Fallon’s Clean Cut Comedy Tour in 2013 and has done live shows for the troops in Iraq and Kuwait five times. He regularly performs at Bonnaroo, SXSW, Oddball Comedy Festival, and the JFL Montreal Comedy Festival, where he’s received critical acclaim multiple years in a row.

COMEDIAN AL ERNST. Al Ernst is one of the great up and coming comic talents. A former professional athlete, his exterior may look rough. He calms the audience with his smooth delivery and his “No Al we sure don’t” trademark line. Big Al has never been the kind of comic to use the standard straight-ahead approach in his act. He invites the audience into his world and they love to come back time and time again.

THE SOUTHERN COMEDY SHOWCASE HOSTED BY EUNICE ELLIOTT. Catch 7 of the funniest comics from the South in the Southern Comedy Showcase! These 7 comics are hosted by The StarDome’s Official Comic Host, Eunice Elliott! You do not want to miss these funny people, including Jessica Carter, Laura Peek, Jonathan Craig, Will Copeland, Michael Rowland, and Brian Covington. Funniest comics from all across the south.

SATURDAY DAYHIKE, 9 a.m. – Southeastern Outings Dayhike, Bankhead National Forest, Brushy Creek and Sougahoagdee Falls – DETAILS: The hike will be six miles long, is rated moderate and follows a beautiful trail which runs from the Brushy Creek Bridge along the creek. There are usually about nine waterfalls on this route, lovely cliffs, hemlock trees, canyons and maybe more waterfalls. Time permitting visit the nearby natural bridge (not the one at the town of Natural Bridge) in the Natural Bridge Recreation Area of the Bankhead National Forest. Carefully-supervised, well-behaved children age 10 and older are welcome. Bring a picnic lunch and water. Optional dinner afterward at a delightful Italian restaurant in Double Springs. Depart 9 a.m. from the Hayden/Corner Park and Ride or meet at 9:20 a.m. at the Mile 300 Rest Area on I-65. Info: Dan Frederick, seoutings@bellsouth.net or phone (205) 631-4680.

SUNDAY DAYHIKE, 1 p.m. – Southeastern Outings Day hike at the Turkey Creek Nature Preserve in Pinson, Jefferson County, Alabama – DETAILS: This is an easy, fun Southeastern Outings short Sunday day hike in the Turkey Creek Nature Preserve near Pinson. Walk through this heavily-wooded area and hike on the new trail that extends from the upper parking area through the woods to a large creek with a long, sloping waterfall in the middle of the preserve. Bring at least a quart of drinking water per person with you. Well-behaved, properly supervised children age 7 and over are welcome. Depart 1 p.m. from the Pinson Shell Service Station. Info: Dan Frederick, email seoutings@bellsouth.net or (205) 631-4680. 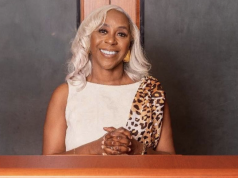 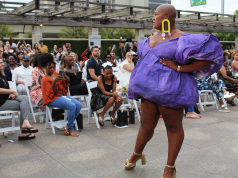 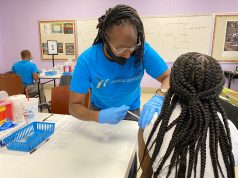