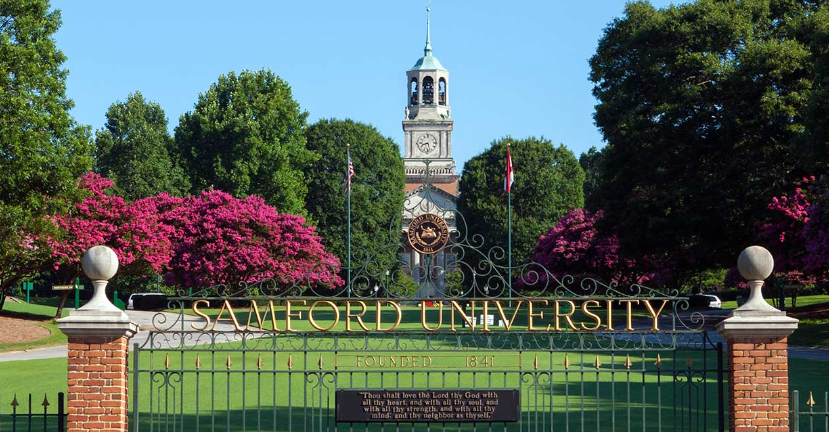 Samford University is commemorating the 50th anniversary of integration during the 2017-18 academic year with a series of special events and recognitions. The commemoration kicked off during last fall’s homecoming weekend and continues through the spring semester which begins Jan. 22.

A special highlight of the observances will be the recognition of African-American Samford alumni and students with the Audrey Gaston Howard Award during the month of February. The award honors the memory of the first African-American student to enroll full-time at Samford in 1967. The late Mrs. Howard received her degree from Samford’s Cumberland School of Law in 1970.

Two major events planned are planned around the commemorations:

Feb. 13 – Billie Jean Young, a Samford alumna, will present her one-woman show, “Fannie Lou Hamer: This Little Light.” Young was in the first class of African-American students to graduate from Judson College. She currently serves on its faculty where she teaches drama. She has received numerous awards, including the MacArthur Fellow Genius Award for her community development leadership. This free event is at 6 p.m. in Brock Recital Hall on the Samford campus.

March 1 – Eric Motley will speak for Samford’s annual Tom and Marla Corts Distinguished Author Series. The lecture’s focus will be on Motley’s personal memoir “Madison Park: A Place of Hope,” which was released November 2017. In “Madison Park: A Place of Hope,” Motley discusses his upbringing in the Madison Park community of Montgomery, Alabama, and the amazing power of gratitude, generosity, grace and faith in God and each other. Motley graduated from Samford in 1996 and was very involved on campus, including one year as student body president. He also has had a very distinguished career that included service in the George W. Bush administration. The 7 p.m. event is in Samford’s Wright Center. Tickets are available at samford.edu/events.

In addition, the institution will select 29 individuals to be recognized throughout the month of February in timing with Black History Month where each day an outstanding alumnus will be honored as part of the new Audrey Gaston Howard Award.

The recognition will begin with Mrs. Howard on Feb. 1 and end March 1 with Motley, the day he is to speak on campus.

“This year, even as Samford celebrates the golden anniversary of full integration—as always—we remember that we stand on the shoulders of those who came before. We sit in the shade of trees we did not plant,” Samford President Andrew Westmoreland said in the fall.

“We humbly recognize that African-Americans have always been part of the Samford story, from the very beginning, even in moments when their efforts were invisible or barely acknowledged.”

Westmoreland noted that almost 2,000 have earned Samford degrees over the past 50 years and have gone on to achieve success in medicine and science, business, ministry, education, the arts and politics.

“Fifty years ago, the Samford University family grew more diverse, larger and stronger . . . and the world was better for it,” Westmoreland added. “We continue to celebrate that progress with special events and commemorations this year.”