Birmingham is looking to diversify its technology economy through the Bronze Valley initiative that focuses on innovation, diversity and growth.

The initiative has identified those as the cornerstones of the next generation of great American cities.

A conference kickoff was held Wednesday at Regions Park and made up of series of day long events that included panel discussions, corporate leadership conversations and a Power of Leadership luncheon moderated by journalist Soledad O’Brien.

A new organization established late in 2017, Bronze Valley is working to create an education-to opportunity-to-outcome pipeline for communities that are underrepresented in technology careers, as entrepreneurs and in other fields where innovators will lead the way in creating the jobs of the future.

Birmingham Mayor Randall Woodfin announced at the Power of Leadership luncheon that the city is one of five cities participating in the Rise of the Rest tour, which looks to invest $100,000 in a local startup.

During a local pitch competition on May 9, local startups will compete for the $100,000 investment from Rise of the Rest Seed Fund.

Megan Rose Dickey, reporter with TechCrunch, was asked whether diversity conversations have changed.

“A lot of it has evolved for sure,” she said. “Back in 2012-2013 a lot of people were focused on the raw numbers, what percentage of employees at Apple, Google, Facebook . . . are people of color, women. The conversation has moved to a point where it’s around inclusion.”

Dickey said the last couple of years have seen the “implementation of unconscious bias training” which essentially entails scenarios where it helps people become aware that all people have biases but it’s about recognizing them and hopefully addressing them.

The luncheon discussion was part of the daylong launch of Bronze Valley, which has a dual mission:

Bronze Valley Executive Director Neill Wright said the initiative will be “a catalyst for change.”

While Birmingham and Alabama have progressed economically and otherwise “we can do better,” said Wright, a veteran of 25 years in banking and finance. Attracting capital to support minority- and female-owned startups – and providing mentorship for entrepreneurs – is only part of the picture, he adds. Bronze Valley will bring “innovation, ideas and concentrated thought” to technology-based business development, becoming a force for improving lives in the community as a whole.”

During the conference’s morning kickoff John Hudson, a member of the Bronze Valley board of directors, pointed out the lack of funding and resources available to people of color. He noted that African-American women are the fastest-growing group of entrepreneurs in America, and yet little more than one-half of 1 percent (0.58 percent) currently obtain startup funding for their businesses or ideas.

The “culture of innovation” envisioned by Bronze Valley includes turning such disparities into opportunities and positive outcomes, he said.

“It’s about creating and perpetuating a culture of innovation,” said Hudson, who is senior vice president of Marketing and Business Development for Alabama Power, a corporate sponsor of Bronze Valley. “Not just in Birmingham and Alabama, but throughout the Southeast, we have the momentum and we have the ingredients. With Bronze Valley, we’re putting the collaborative infrastructure in place to support transformational growth and progress.”

The largest city in Alabama and the state’s financial center, Birmingham is situated at the hub of an emerging network of innovation, diversity and growth that spans the Southeast. Building on existing assets while nurturing new ones, Birmingham is positioned to anchor the development of an ecosystem in which technology-based businesses thrive – and where economic opportunity and cultural progress are expanded as part of a strategic, comprehensive, collaborative approach.

Incorporating the commitment to diversity into its economic development strategy is part of what the founders and supporters of Bronze Valley view as a comprehensive approach to building a robust startup culture.

The success of Bronze Valley will be tracked in real terms: jobs created; companies started, attracted and expanded; improved educational attainment; and growth in minority and female employment in technology fields. But the ultimate indicator of success, organizers say, will be a shift in the way communities think about themselves and their economic prospects, and in how they go about securing a more prosperous future.

Cities, states and regions that can create a culture of innovation – and the individual and collective opportunities it produces – will be well-positioned to take advantage of the changes shaping the economy of the 21st century, officials said. But time is of the essence, they add.

“We have to act now,” Hudson said. “This is a critical moment for us if we’re going to take full advantage of what can be accomplished through Bronze Valley. The time is ripe for this idea and the role it can play in creating opportunity, realizing potential and nurturing places where economic development and cultural progress go hand in hand to strengthen entire communities.

“That’s what Bronze Valley is about, and those are the things we’re going to accomplish.” 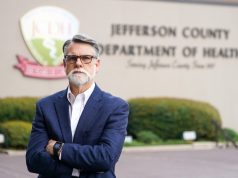