On April 26, 2018, the National Memorial for Peace and Justice and the Legacy Museum: From Enslavement to Mass Incarceration will open.  The Equal Justice Initiative is hosting a series of events to celebrate the opening of the two new institutions.

The Legacy Museum is open from 8:00 a.m. until 10:00 p.m. The National Memorial for Peace and Justice opens at 9:00 a.m. and closes at sunset. Tickets are available here.

Sherrilyn Ifill is the Director Counsel of the NAACP Legal Defense Fund, the premier civil rights law office in the country. She is also the author of the groundbreaking On the Courthouse Lawn, which a decade ago called for memorializing the legacy of lynching. Michelle Alexander is the author of the enormously influential The New Jim Crow and one of the country’s leading thinkers on racial justice and criminal justice reform. Her bestselling book has ignited a movement and profoundly influenced policy debates. They will be joined by Jelani Cobb, award-winning writer for the New Yorker and professor of journalism at Columbia University. They will discuss the impact of our nation’s history of racial inequality on criminal justice and civil rights.

The architect of the Moral Monday movement in North Carolina, Rev. Barber has emerged as a leading voice on confronting poverty, inequality, and injustice in America. He is leading a national movement rooted in moral vision that is challenging bias, bigotry, and discrimination. A compelling speaker and thinker, he is currently reviving the Poor People’s Campaign: A National Call for Moral Revival while serving as President of Repairers of the Breach. Chrystal Rucker is a chart-topping gospel recording artist whose ministry through music has inspired fans of faith throughout the world.

Two legends who have devoted their lives to social justice, civil rights, and advancing the plight of women and children in this country will join Michel Martin, an award-winning journalist who is currently the weekend host of NPR’s All Things Considered. For more than four decades, Gloria Steinem has been a leading voice for the rights of women and gender equality. Marian Wright Edelman is a legendary civil rights lawyer who worked in the Deep South with Dr. Martin Luther King Jr. before she founded the extraordinary Children’s Defense Fund. The history of racial inequality and its legacy for women, children, and our nation will be the focus of this session.

Ava DuVernay is the award-winning director of Selma, 13th, and the recently released A Wrinkle in Time and is a major figure in American film. She will be joined by poet, playwright, and author Elizabeth Alexander, who was recently named the head of the Mellon Foundation. These amazing women will discuss the legacy of racial inequality and how it shapes their work in art, entertainment, and literature. Anna Deavere Smith is University Professor at New York University’s Tisch School of the Arts and founding director of the Institute on the Arts and Civic Dialogue, dedicated to supporting artists whose works address social issues and engender civic engagement. In addition to her work in television and film, the MacArthur Award winner is said to have created a new form of theater; she plays myriad characters based on her interviews with scholars, activists, and public figures in what has been called “a blend of theatrical art, social commentary, journalism, and intimate reverie.”

The Opening Ceremony will feature John Lewis and other national leaders, and performances from artists including Bebe Winans, Sweet Honey in the Rock, and Ailey II.

Three of the nation’s leading experts on education reform will present on racial literacy, implicit bias, and rethinking how we educate children, especially children of color. Dr. Howard Stevenson from the University of Pennsylvania Graduate School of Education is a leading voice on racial literacy and educational reform. He will be joined by Dr. Walter Gilliam from Yale University, one of the nation’s leading thinkers on implicit bias and child development, and Dr. Margaret Beale Spencer, chair of the Department of Comparative Human Development at the University of Chicago and an expert in resiliency, identity, and competence formation processes for youth. These professors will share important insights on the future of education and teaching children burdened by our history of racial inequality.

Former Vice President Al Gore will talk about climate change and the crisis surrounding environmental justice across the globe as our planet is imperiled by radical shifts in climate and global warming. The 2007 Nobel Peace Prize winner will be joined by EJI’s Catherine Flowers, who has been leading reform efforts around environmental justice in Alabama’s Black Belt and who conducted a groundbreaking study that found among the poor in the United States parasitic infections long believed to be eradicated.

Anthony Ray Hinton spent nearly 30 years on Alabama’s death row for a crime he did not commit. A compelling speaker and author of the moving memoir, The Sun Does Shine, Mr. Hinton will speak with Piper Kerman, author of the bestselling Orange Is the New Black, which has become a popular television series about issues facing incarcerated women. Rounding out the discussion will be legendary lawyer and educator Steve Bright, who is the former director of the Southern Center for Human Rights and current Yale law professor and activist. Ending excessive punishment in America and the need for criminal justice reform will be discussed.

3 p.m.
Activism and Identity: Changing How We Think About Justice

The Concert for Peace and Justice

The Concert for Peace and Justice will feature performances by The Roots, Usher, Common, Brittany Howard from Alabama Shakes, and Kirk Franklin, plus very special guests. 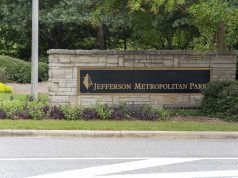 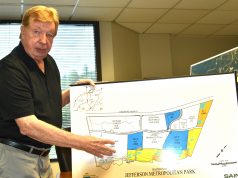 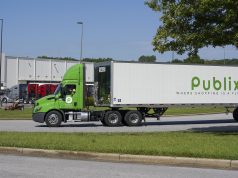