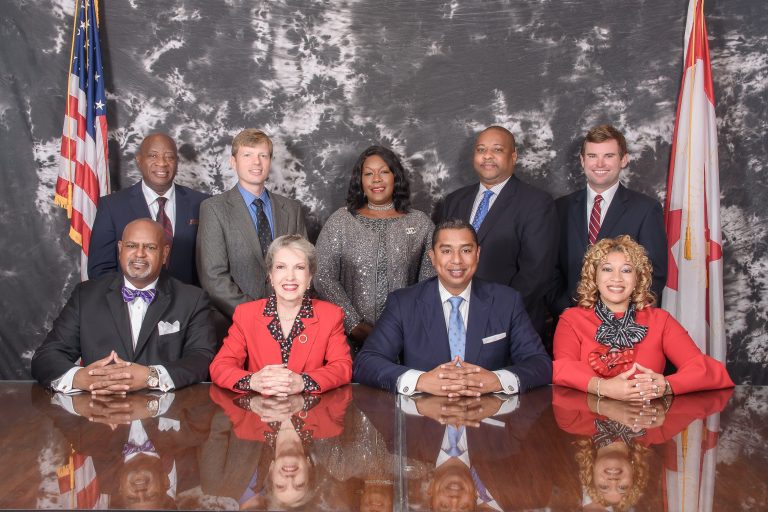 Some members of the Birmingham City Council have advice for new Birmingham Police Department (BPD) Chief Patrick Smith, who took office on Monday, June 25. Their tips include embarking on a listening tour to get input from neighborhood leaders, visiting as many of the 99 neighborhoods and 23 communities as possible, and building a rapport with citizens.

The Birmingham Times conducted a series of interviews with council members and asked what advice they have for the new chief, who comes to Birmingham with 28 years of law-enforcement experience with the Los Angeles Police Department (LAPD).

“Birmingham is a family,” said District 9 Councilman John Hilliard. “A lot of the people who have been in a lot of our neighborhoods know each other. His first task should be getting to know the community and making sure the [police department] also gets to know the people.”

Familiarizing himself with community residents will make a difference because “when he needs information, there’s most likely someone in the community who’s going to know about it,” Hilliard added.

Hilliard said the new chief should attend neighborhood meetings, bring his staff, and have sit-downs with the community leaders and council.

“It’s about communication, relationship, and transparency,” Hilliard said. “If he starts doing stuff like that, I think it will show that he’s a community person instead of [someone who’s] taking a position and being corporate. He should gain trust. Trust is important. We need the community to open up to him.”

District 5 Councilman Darrell O’Quinn agreed: “It’s important for him to be committed to community engagement. Spend a lot of time these first few months on a listening tour, engaging with people all across the city to hear their concerns about crime-related issues. I think that would go a long way toward building good rapport with the city and the citizens, which is something I think we constantly have to work on.”

“Look at the group that started with the Ministers Alliance here in the city, and see exactly what it’s all about,” she advised. “Go to one of their meetings and workshops and see what they have to offer. There are a lot of groups in Birmingham.”

District 8 Councilman Steven Hoyt said the chief should listen to the people.

“[He should make an effort to] understand the dynamics of this city, understand that citizens want results and need a chief who will not be afraid to make tough decisions,” he said. “Crime is not going anywhere, so we need somebody who is very intentional about solving crime and making sure we have relationships in these communities so we all benefit from the quality of life it dictates.”

“I would advise [Smith] to meet with the [23] communities and hear what they have to say. “[All] 99 neighborhoods would be too many to meet with, but the people who actually live in the neighborhoods know what the problems are.”

District 4 Councilman William Parker said communication is key: “Interact with the citizens one-on-one, go to neighborhood meetings, use social media, go door-to-door. It’s all about the city and making sure we provide the necessary tools for the police chief and the police department to address the issues of public safety.”

District 2 Councilman Hunter Williams, chair of the council’s public-safety committee, added that he believes Smith has specific goals for the department.

“My advice to him would be to stay strong and keep the goals he has. [Also], stay focused. There will be distractions along the way, I’m sure of it, but I want our department to be the best it can be, and that’s his goal.”

For example, Williams said, “We have a unique situation [because] we have a very concentrated demographic of minorities in our community. He had the same thing in LA. One thing I did not realize is that a majority of LAPD officers are Latino. We have to do a very good job of making sure the officers who respond to our 911 calls … [are] able to relate to [the citizens who call].

Williams said he would like to see technology upgrade under Smith.

“I think that’s something he oversaw in LA, and I’m excited to see what he’s going to be able to do with the BPD,” Williams said.

O’Quinn said he, too, would like to see Smith embrace innovation and technology in Birmingham: “I think there’s a lot of room for growth in the BPD in terms of bringing our police force into the 21st century. I think the other aspect I would emphasize is that there definitely needs to be innovation in terms of utilizing nontraditional methods to address crime in our city, specifically in regard to violence.”

Smith began as an LAPD patrol officer and worked his way up to police field-training officer and instructor, sergeant, lieutenant, and captain. Most recently, since 2015, he served as a police commander. But transitioning from a large city like LA to a smaller one like Birmingham can be a culture shock.

“The BPD and LAPD are two very different places,” Williams said. “But interestingly enough I think some of the challenges [Smith] faced during his time with the LAPD are some of the same challenges currently facing the BPD.”

Tyson said she believes violence in LA is on a larger scale than it is in Birmingham, and Smith “just might be able to address some of the issues because they basically are the same problems. It’s just one area is much bigger.”

The sizes of LA and Birmingham aside, District 7 Councilman Jay Roberson hopes Smith will take a moment to step back and look at the city’s issues.

Abbott believes the chief knows what to expect.

“He’s been in a city that’s had enormous problems, so he’s used to the fact that people have expectations, that they’re going to be looking at him and expecting him to solve everything,” she said. “He knows the drill, so he’s going to hear from people who think they’re going to call the police and everything will get fixed. We know that’s not true.”

Coming to a smaller city will be good for Smith, Abbott said: “I think it’ll be good for him to be somewhere he can have an impact.”

“He’s got his work cut out for him because we’re having such an issue with murders right now, but I’m sure that coming from LA has given him a lot of experience with what to do.”

Abbott said Birmingham is 99 percent good people, “and he just has to do something about the 1 percent.”

“I really believe we have a lot of engaged, interested residents who want to live in a safe city. I know they want to help him do his job,” Abbott said.

Hoyt said he thinks Smith should not worry, though, because Birmingham is improving.

“Birmingham is a great place to live work and play,” Hoyt said. “It is a growing city with a wonderful history. It has a tragic past, but it also has a triumphant future. We’re not completely there, but we’re getting there. I want him to know that everything’s going to be good.”

Roberson said the chief needs to be visible.

Roberson said Smith is coming to a city with a lot of history, “from the Civil Rights era to where we are today.”

As a leader, [Smith] has an opportunity to better the lives of and improve safety for all citizens in the city of Birmingham,” Roberson said. 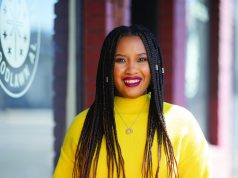