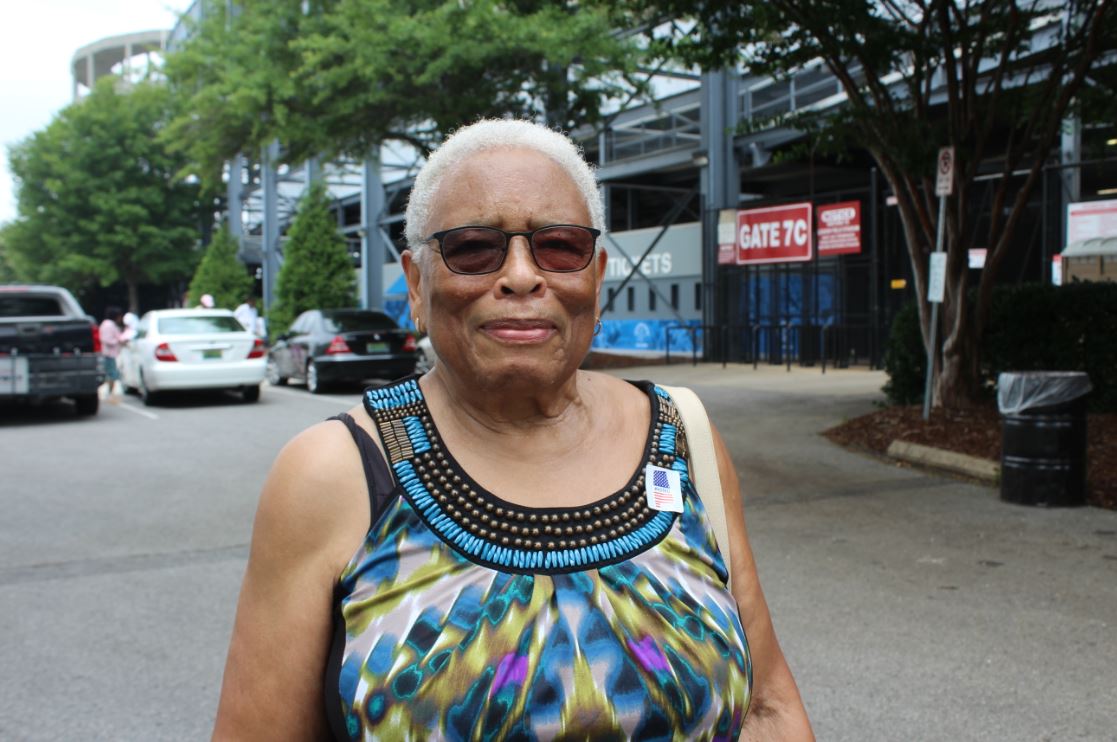 Voter turnout for Tuesday’s primary runoff elections was a dismal 12.61 percent. But the 83 year-old  Wilson wouldn’t let anything keep her from the polls.

“I used to pay my poll tax years ago, it’s important to vote, I can’t imagine not voting,” she said.

Local elections are just as important, if not more so than presidential elections, she added.

“It’s local, you know the people and you know what they’re going to stand for and what they represent,” Wilson said.  “I’ve been voting for nearly 70 years. When I got out of high school, my mom took me to take the test to vote. I will vote, period.”

While the focus is often on those who do not vote, it’s just as important to highlight those who do.

At Legion Field, residents said they exercise their right to vote for a number of reasons.

Joseph Benson said he likes the proximity to his elected officials.

“How many officials do you actually see, and tap them on the shoulder, and present your point of view,” Benson said. “You can see these candidates at the grocery store, in a bank, or walking around. You have more of a voice in this election.”

There were also local issues that can have an impact on his community, he said.

“You have redistricting, where they draw the map for the districts,” Benson said. “The person I’m supporting is really instrumental about this sewer bill thing. That right there is going to be something either way . . . it’s going to be a fight.”

“It’s not like voting for (U.S. Senator) Doug Jones or a governor,” she said. “You can vote for them but you have little say in what they pass. In these [Tuesday] elections, you have a lot of say, and you get to hold that candidate accountable. This election forms your community.”

Voter Janet Graham had hoped to see more come out to be part of change in the community.

“One vote does make a difference,” Graham said. “We want to see our school system better, we want to see better roads, jobs coming into our city.”

Voting can make a difference, said Robert Banks, who cast a ballot on Tuesday.

“We made a change in the mayoral race, now we can make change here [in Jefferson County],” Banks said. “We have a sheriff’s election coming up [in November]. We have a lot of illegal sentencing.”

Graham said the number who voted at her box was only in the 200s, when she voted late Tuesday afternoon.

“People have to understand that this re-election is just as important, matter of fact it’s more important,” she said. “You can’t see change if you don’t do anything.”

La’Tyrus Johnson said he always looks for the “right person” on the ballot, regardless of party.

“I hate that this turnout is so low,” he said. “Our people fought so hard for the right for us to vote, for women to vote. We should all turn out to vote, whether our candidate wins or not. We deserve to have our voices heard.”

Anita Tate, a Forestdale resident, grew up during the Civil Rights Movement.

“We didn’t always have this right to vote,” she said. “I don’t care what election it is. It’s important to me. These are the people who represent us; our communities. We need to know that we’re going to have good people.”

“It doesn’t matter what election it is, everybody should be out here, all the time,” Tate said. “I never missed an opportunity to vote, and I don’t plan on it either.”