A little-known gene was the center of a medical and evolutionary detective story that began in the middle 1940s in Africa. Doctors noticed that patients who had sickle cell anemia, a serious hereditary blood disease, were more likely to survive malaria, a disease which kills some 1.2 million people every year. What was puzzling was why sickle cell anemia was so prevalent in some African populations.

Researchers found that the sickle cell gene is especially prevalent in areas of Africa hard-hit by malaria. In some regions, as much as 40 percent of the population carries at least one gene.

Today, in the United States it is one of the most horrendous and painful medical conditions facing thousands of African Americans.

The early results from a human clinical trial testing a form of gene replacement therapy in people with severe sickle cell disease are very promising.

The preliminary findings suggest that the approach has an acceptable level of safety and might help patients consistently produce normal red blood cells instead of the sickle-shaped ones that mark this painful, life-threatening disease.

Sickle cell disease is a group of inherited blood disorders. The disease creates abnormally shaped red blood cells that slow blood flow and prevent oxygen from reaching parts of the body. It can shorten lifespan, cause organ damage, and lead to debilitating pain.

The gene that causes sickle cell anemia evolved in places like sub-Saharan Africa because it protects people from malaria. There, millions have the disease, and it’s estimated more than 50 percent of babies born with it die before the age of five.

People with sickle cell disease often suffer severe pain because the sickled red blood cells clump together and become stuck in blood vessels. The condition can cause stroke, organ failure, and early death. More than 100,000 people in the United States and 20 million worldwide suffer from the disease.

Pain from sickle cell can occur anywhere blood circulates. That’s because red blood cells, normally donut-shaped, bend into an inflexible sickle shape, causing them to pile up inside blood vessels. The resulting traffic jam prevents the normal delivery of oxygen throughout the body, leading to problems that include bone deterioration, strokes and organ failure.

Symptoms usually do not occur until after the age of four months. Almost all people with sickle cell disease have painful episodes called crises. These can last from hours to days. Crises can cause pain in the lower back, leg, joints, and chest.

In the past, only half of patients with sickle cell anemia survived beyond their 50th birthday. A large proportion of those who died had no organ failure but died during an acute episode of pain, chest syndrome, or stroke.

For years, patients showing up at hospital emergency rooms in an acute pain crisis from sickle cell disease were often suspected of being “drug-seeking” and ignored, or worse denied treatment because they were considered “frequent flyers”.

But a new day is clearly visible on the horizon. Nearly 20 years ago, scientists stunned the world when they announced they had decoded the genes that make up a human being. They hoped to use that genetic blueprint to advance something called gene therapy which locates and fixes the genes responsible for different diseases.

Now, a clinical trial at the National Institutes of Health is doing exactly that in an attempt to cure sickle cell anemia, a devastating genetic disease that kills hundreds of thousands of people around the world every year.

Success against sickle-cell would be “the first genetic cure of a common genetic disease” and could free tens of thousands of Americans from agonizing pain.

In a new breakthrough, researchers used HIV, the virus that causes AIDS. Doctors say HIV is good at transferring DNA into cells. They cut out the bits of HIV that cause infection, so patients don’t get AIDS. If the process goes as planned stem cells with the correct DNA will start producing healthy red blood cells.

In the new trials, subjects must have immature blood cells – stem cells – removed from their bone marrow. The stem cells are genetically modified, and then infused back into the patient’s bloodstream. The goal is for the modified cells to take up residence in the bone marrow and form healthy red blood cells.

So far, nine sickle cell disease patients have received the gene therapy, and all are doing well.  Researchers say it’ll take years to improve the treatment to make it more widely available. Their own stem cells were genetically modified to correct a DNA flaw that causes sickle cell, then they were re-introduced into the body and began producing healthy red blood cells.

There are 7,000 genetic diseases for which scientists and researchers know the precise DNA misspelling. Could this same strategy maybe someday work for all of them?

Drew: What It Means — And Doesn’t — To Be Fully Vaccinated 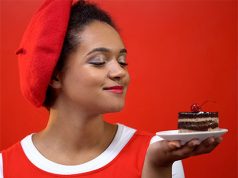