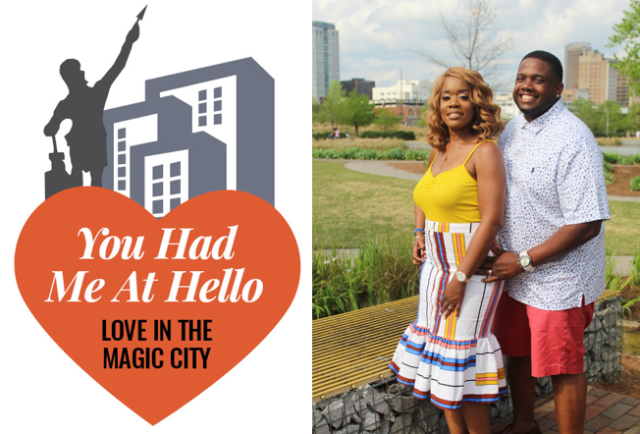 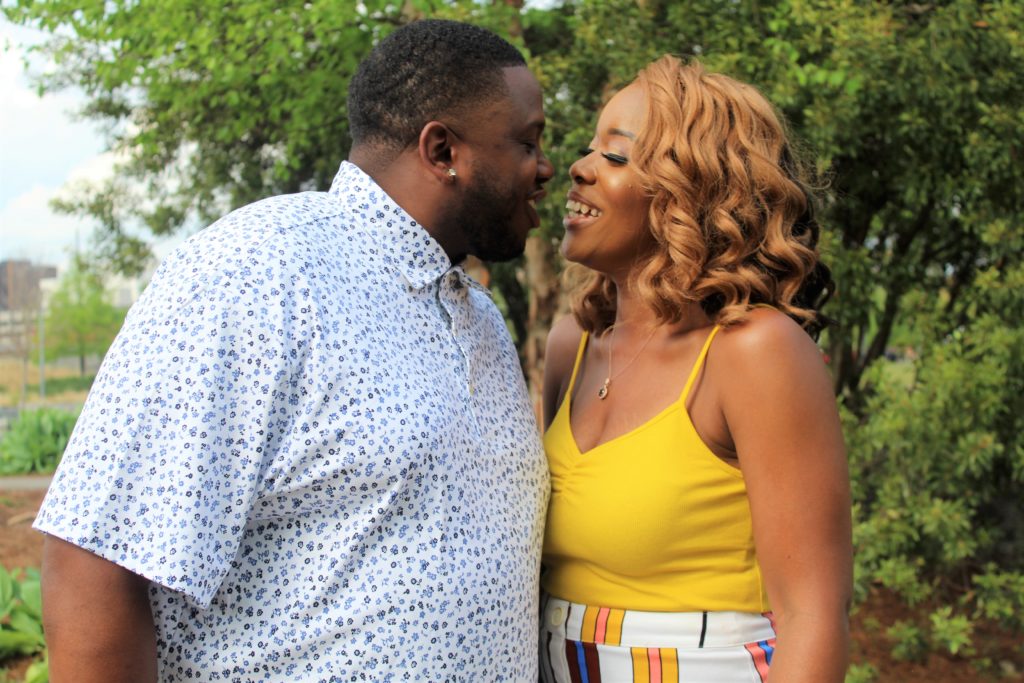 Met: In August 2002, Kaleiah and Jacques were on a bus trip to New Orleans with a social and savings club.  Jacques was with his sister. The two were disagreeing over a blanket when Kaleiah intervened. “She offered to share her blanket with me,” Jacques said. “We have been together ever since.”

Kaleiah was hairdresser to Jacques’ sister and had seen him around but never really talked to him.  But that all changed on that trip to New Orleans where they spent time dining together and sightseeing. Jacques said he was attracted to Kaleiah. “She is a pretty girl.” And Kaleiah said she was surprised to learn about all the two had in common. “I had no idea where the relationship was going to go,” she said.

First date: It would be about one month after the New Orleans trip before the couple would meet up for their first official date. “We were so busy,” said Kaleiah, at the time a recent divorcee with two children. Jacques, also the father of two children, was also divorced.  The two finally went out to the now-closed Bahama Breeze on Resource Center Parkway in Birmingham and a movie. “We both fell asleep in the movie,” Jacques joked.

Blended family: After that date, the relationship moved quickly, which frightened Kaleiah, who had left an unhappy marriage. “I was terrified,” she said. “I thought this was too good to be true.” Once the couple introduced the children to one another they began to spend time as a blended family.  That is when Jacques said he knew Kaleiah was the one for him— just three months after meeting. “It does not take a lifetime to figure out you want to be with someone,” he said.

The proposal: “There was a rat,” Kaleiah says when she starts talking about the proposal.  She had been living in an older house, she explained, when one day she found a large rat in the house. “I flew to his house,” she said. “I was not going back” to the older house.  Kaleiah said she started looking for apartments for her and her two children, but Jacques had something else in mind. “One day while I was at his house he started professing his love,” she said. “And then the next thing I know he has the ring.”

“I called and talked to her sister about it and I talked to the kids about it,” he said.

The wedding: The couple married at Zion Star Missionary Church in Titusville. Jacques said he remembered being nervous that day. “I was sweating,” he said. “I couldn’t believe I was going to do (marriage) again but I was also excited and laughing.”  Kaleiah said while getting ready for the ceremony she got lost in the church, took a wrong turn and ran right into Jacques.

Words of Wisdom: The couple said it was worth taking a second chance at love and they advise people to try again if a 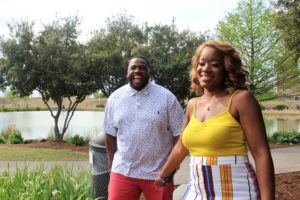 relationship or marriage did not work the first time. “I had reservations about getting married again but I would say you just have to learn to trust again and know that love is meant for you. You never know what God has planned for you.”

Jacques agreed. “Just give it another shot … have an open mind.” Marriage has ups and downs, especially one with children, Jacques said, but he urges couples to “chase each other’s hearts.”

Happily ever after: The couple has five children; two each from previous relationships — K’Lynd, 23; Jacques III, 21; Ty, 20; Drew, 20 — and one together, Jacob, 11.  They enjoy family time and travel a lot with children who play college ball and travel baseball. They also love to dance and go out to eat. Kaleiah is a hairstylist at Salon 525 and a Zumba teacher; Jacques is a banker with Regions.