Michael Lundy, president and CEO of the Housing Authority of the Birmingham District (HABD) and Cory Stallworth, Vice President of Real Estate Development & Capital Improvement about current and future renovations recently spoke with The Birmingham Times about their capital projects, partnerships and the future of public housing in Birmingham and beyond.

BT: Where is HABD headed relative to its capital programs?

Stallworth: We’re looking at each one of our sites and coming up with a strategic development plan and see how we can reposition our affordable housing. A part of that is producing housing that does not look like public housing, that’s not cookie cutter, but it’s equal and equivalent to market-rate housing. Also, providing our residents with opportunities for housing in higher opportunity areas . . . that are more suburban, where you have higher incomes and better schools. We’re looking at all of these different initiatives to plan our redevelopment.

BT: With all of these projects underway, do you understand the residents’ concerns?

Lundy: I understand their nervousness about changes, also I understand their excitement that something is about to change … the anticipation and the hope of something better is what I thrive on … I was a resident at one point (Findlater Gardens in Cincinnati, Ohio when he was younger), we kind of see what we do as a ministry it’s not just a job. I’ve had the pleasure of being in this business for many years … part of my leadership is to understand that there’s going to be a little discomfort when you’re trying to get somewhere. And it’s important that I take the knowledge that I’ve been afforded and the skills I’ve developed over the years to help change and transform the communities in a positive way … We have to be good stewards of what we’re doing.

BT: If you’re decreasing the number of units on a certain site, what happens to the residents who reside in the units you’re demolishing?

Stallworth: We have town hall meetings with all of the residents and during that town hall meeting … we let them know their options and the services that we’ll provide. So, they have several options where they can either take another unit within one of our other … public housing complexes, as well as a voucher. What you find is a lot of residents like to take vouchers whenever we’re … repositioning a site. So, that’s why that RFP [request for proposal] is very important because when we put it out seeking developments, the developers or landlords, will bring us projects that will be replacement housing for those residents. What we’re saying when we put out that RFP is bring us projects that are located within the same neighborhood to some of these developments where we’re demolishing units, so that these families can stay in the same school zone, also stay in the same neighborhood and community that they love. Those new developments will have vouchers attached to them that those residents will be able to move into.

Lundy: Also we have a number of residents that are in the pipeline for homeownership so there are some residents that are interested in homeownership … For Southtown we have about seven or eight families and we are intentionally looking for houses in the geographical area that’s in close proximity to Southtown, and we’re going to be working with, we have a couple of real estate companies we have been working with to help us acquire some of those properties. I think what happens…sometimes when you’re just talking in theory it’s hard for people to visualize what you’re trying to do and where you’re going, and sometimes it’s difficult to make a decision when you really can’t see it. But if you can actually show them something and say ‘here’s a nice little ranch style home or here’s a bungalow home and you actually can pay the same amount of money that you’re paying for rent using our voucher program to purchase that home,’ all of a sudden you’re going to have some of those residents saying ‘why do I want to rent? Why can’t I just go and buy a home?’”

BT: Marks Village has been in the news after shootings and you announced changes at the site. Where are you with the redevelopment and barriers in Marks Village?

Stallworth: [On May 13], we actually started installing those barriers on site and so that work is going to continue up until [May 17] …we are closing off the streets one by one, we’ll be closing off 12 access points into the site and we’ll be leaving seven open. That’s just the first phase so once we get them in place then we’re going to come back with a community initiative where we’re going to have the residents involved in beautifying those barriers that are on their street. They’ll get to come out, meet with the artists and actually take part and have a sense of pride that ‘this is my area.’ We’ve gotten great feedback when we’re out there on site, we met with one guy…he was just elated to have it, he said it will be very safe for his family, kids that play on the end of the street there they won’t have to worry about cars rushing through…We’re moving forward with that project…Phase one was done [May 17] and then we’re working on our community initiative as we speak and locating local artists that can come up with something that will be neat, something that will be aesthetically pleasing and just get the residents involved.

Lundy: It’s a certain sense of not only accomplishment but gratification because…this is something that we feel strongly about that will help the community and…if it saves one life, for me, it was worth the sacrifice, it was worth the struggle…yes, it wasn’t easy, but I think there’s going to be positive results…We’re going to beautify it and then we’re going to work with the community to create a [Neighborhood Watch] program, we’ll be working with law enforcement to help patrol the site…and then at some point fairly soon, in the next couple of years we’re going to reduce the footprint and we’re going to tear down some of those units. So, it’s a continuous process but we want to save lives and build and strengthen the community as we go forward.

Stallworth: Some people say well these barriers are not going to stop everything; we know that, but it’s just one of the methods that we’re putting in place. Also, we’re looking to do cameras on site as well that will be able to pick up any tags of anybody that maybe wants to do criminal activity on the site, as well as video cameras, that way we can monitor sites. All of these methods will come together to help us ensure that residents are safe on site. Once we redevelop the site we’ll be able to actually, permanently close off these roads and do something a little different, but until we get to that point we’re putting these barriers up.

BT: Talk about some of your collaborations with other entities.

Lundy: We’re working with the Woodlawn Foundation which is a nonprofit that’s doing a major reposition of some of the properties in Woodlawn. We have an initiative that we’re working with them to provide some affordable housing and some home ownership opportunities…I think what we’re doing in housing is not confined to just public housing and the funding we get from public housing; it’s just a broader view and as we continue to envision it and implement the vision then it will transform the city of Birmingham.

Stallworth: And what I like about it is we’re able to be creative. The Housing Authority, we only have so much money to do improvements, so it’s like we make these relationships and we reach out to other entities to see how we can all pull together our resources to accomplish the goal of providing affordable housing. So, you have all of these different organizations whether its banks, nonprofits, for profits, even maybe schools that are participating because they may have some old school properties that we can look at using; so being creative with the resources that are already in our neighborhood. You’ll see housing authorities doing more creative work in the future like what we’re doing.

BT: What do all of these capital projects and initiatives say about the future of public housing in Birmingham and possibly across the country?

Lundy: In terms of the city of Birmingham, I think that it’s going to have a transformative impact on the larger community. I think what’s important is as we redevelop, I know a lot of times the mayor talks about the 99 neighborhoods in Birmingham, so we touch many of those neighborhoods in our public housing portfolio. So, as we transform those public housing communities, we’re helping to transform those 99 neighborhoods as well. There are other things that we’re doing that are interesting that are not necessarily public housing but it’s sort of a branch or offshoot…for example we’re looking to acquire some single family housing units that we can sell to families who are at 80 percent and below the area income, that doesn’t necessarily mean that it’s going to always be somebody living in public housing, it could be somebody living across the street that would be interested in home ownership. So when we do something good for the housing authority we’re doing something good for the city of Birmingham. 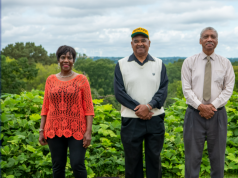 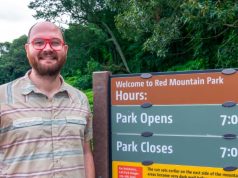 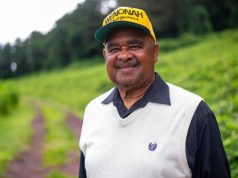