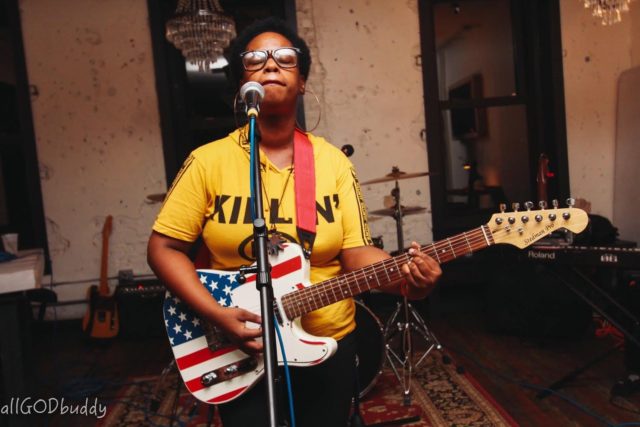 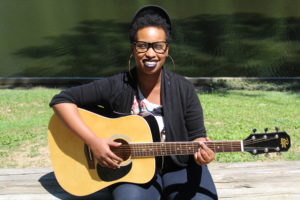 Even though she’s a classically trained keyboardist and percussionist and a formally trained jazz and opera vocalist, Ensley native Ashley Sankey wanted more.

“I taught myself the guitar,” she said. “I am also a master vocalist in soul and gospel music. My music often falls under the genre of soul music.”

Sankey, 32, said she is pursuing her career as an independent artist because so many have counted African American musicians from Ensley out of the game.

“I’m doing this in hopes that Ensley will get the recognition and respect that Ensley deserves,” she said. “From the rich history of Tuxedo Junction to the present, Ensley is more than [what’s seen in] the news.”

The A.H. Parker High School alum has her own in-home studio, where she produces music and engineers studio sessions for aspiring inner-city artists under Ashley Sankey and Company Music. She marvels at the sounds of music legends Aretha Franklin, Nancy Wilson, Duke Ellington, and Quincy Jones, whose performance styles greatly influence her own.

“I choose to make a statement in my music by pushing community and black awareness through love—heart-snatching music that pierces the soul and mind,” said Sankey, who self-describes her music as “mind, soul, and spirit musicality.”

Her style is also heavily influenced by her grandmother, Katie Sankey, who was a “national traveling gospel artist in the late 1970s through the 1990s …” and is renowned in the gospel community.

Ashley Sankey has been working professionally in the Southeast’s independent-music industry for seven years, but she started singing background for traveling gospel acts at the age of 13. She released her first studio album, “Ashley Sankey Presents ‘Birmingham’s Here,’” in 2013.

“At the time, I had a digital distribution contract with The Orchard, [a music and entertainment company that is a wholly owed subsidiary of Sony Music Entertainment],” she said. “My last two studio albums have been released independently.”

Ashley Sankey performs as a percussionist at Grant Chapel African Methodist Episcopal Church in Birmingham, as well as local venues, including the Perfect Note in Hoover, Saturn in Avondale, and the Alys Robinson Stephens Performing Arts Center on the campus of the University of Alabama at Birmingham. Her music is available on several streaming services, including iTunes, Tidal, Amazon Music, Spotify, Apple Music, and others; physical copies are available for purchase, as well. Follow her on social media: Facebook @AshleySankey; Twitter and Instagram @LadySankey13.