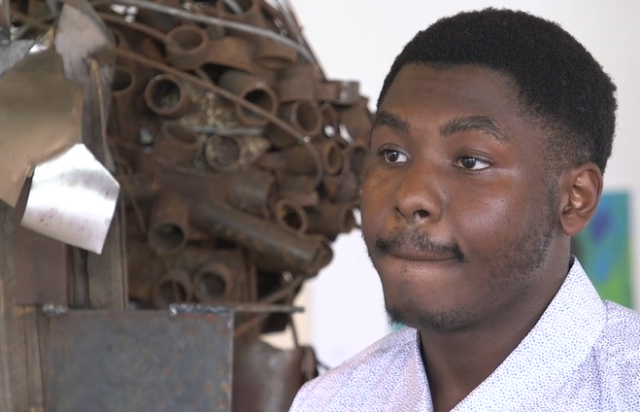 Since the age of four, Willie Williams, Jr. has been creating art. During his childhood, he experimented with mediums such as paint and watercolors. Williams continued his love of art at the Alabama School of Fine Arts and Birmingham-Southern College. During high school, he began to create sculptures out of metal. Since then, metalwork has become his favorite form of art.

“The predominant message in my art is basically black pride, black identity, and being proud of your heritage. Given our extensive history with segregation and discrimination, being made to feel inferior and not proud of our heritage, my art combats those stereotypes,” said Williams.

The current series on display is “New Works Exhibit #3”, a collection of recent 2D and 3D works of art from each artist’s collection.

In late 2015, he landed on the idea of Studio 2500 while considering how he wanted to make an impact with his art. Since Willie and his father owned an old car garage in North Birmingham, he knew it was the perfect spot for an art studio. After a year of preparation, Williams opened Studio 2500 for the first exhibition on July 29, 2016.

“Emerging artists do great work, but don’t have a place to show it off. So I’ve made this place not just for myself but for colleagues and my own peers to showcase their talents,” said Williams.

In addition to being the center for young, diverse artists in Birmingham, Studio 2500 has been the center for social engagement as well. Studio 2500 fosters dialogues for people of different generations and ethnic backgrounds to come in and talk about societal issues.

In North Birmingham, Studio 2500 strives to be the change it wants to see. Through the dialogues and providing a space for emerging artists, Studio 2500 has been able to develop a strong community impact.

According to the Studio 2500, “Our mission as a fine art gallery and studio is to promote visual art within a diverse and inclusive culture of creatives to stimulate learning and freedom of expression.”

Artists from around Birmingham can bring a work of their art to display. In addition to the art, there will be delicious food to enjoy! 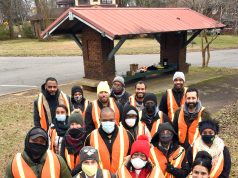 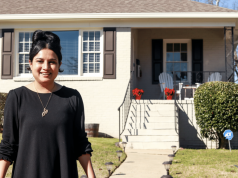