Miles College will face Albany State on Saturday, Nov. 16 in Albany, Ga., for the SIAC championship. The kickoff is set for 1 p.m.

In the division championship game against Tuskegee, Miles College used a strong defensive effort along with some big plays and a solid running attack for the victory. Running backs Justin Ruiz and Donte Edwards rushed for 98 and 49 yards respectively. Edwards also had a five-yard touchdown run.

However, the big play came from linebacker N’Ktavious Floyd who intercepted a pass and returned it 97 yards for a touchdown right before halftime.

Miles College is going to need another great performance on both sides of the ball in order to win the league crown. The Golden Bears have a number of players who are capable of making a significant impact.

On offense, Miles College is led by quarterback Daniel Smith who has thrown for 1,507 yards with 13 TDs and nine interceptions. Smith’s top receiver is Leonard Tyree who has 25 catches for 491 yards and three TDs. Tyree averages 19.64 yards a reception.

Edwards is the Golden Bears leading rusher with 573 yards on 99 carries. He has scored seven touchdowns this season.

Miles has a tremendous amount of talent with its linebacking corps that includes Floyd, Mitchell Smiley, N’Ktavious and Austin Stephens. Smiley has been a major contributor with 66 total and 35 solo tackles and five sacks. Floyd has 51 total and 32 solo tackles along with four sacks. Stephens has produced 47 total and 26 solo tackles with two sacks.

The Golden Bears have played extremely well throughout the season and will have a chance to bring home the SIAC championship if they can get some great play from its top players.

In the Southwestern Athletic Conference (SWAC), Alabama Agriculture & Mechanical nipped Jackson State, 48-43, in a come from behind victory. The Bulldogs got a sensational performance from quarterback Aqeel Glass who tossed a 32-yard touchdown pass to wide receiver Ryan Stoves in the minutes to help Alabama A&M get the win. Glass completed 25-of-40 passes for a season-high 410 yards and four TDs.

Alabama A&M will need his passing skills against Alcorn State on Saturday, Nov. 16 at 2 p.m. The Bulldogs will face the Braves in a big conference game on the road.

Alabama State edged Texas Southern, 27-21, picking up its second straight victory on the road in conference play. Hornets quarterback KHA’Darris Davis completed 14-of-26 passes for 226 yards with three touchdowns and just one interception.

Alabama State will play Florida State in a non-conference game on Saturday, Nov. 16 in Tallahassee, Fla. The kickoff will be at 12 p.m. 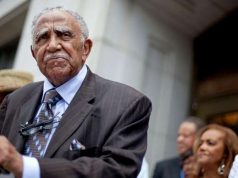 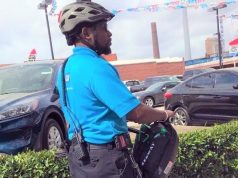 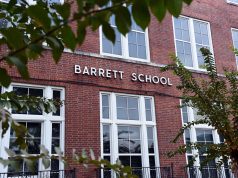