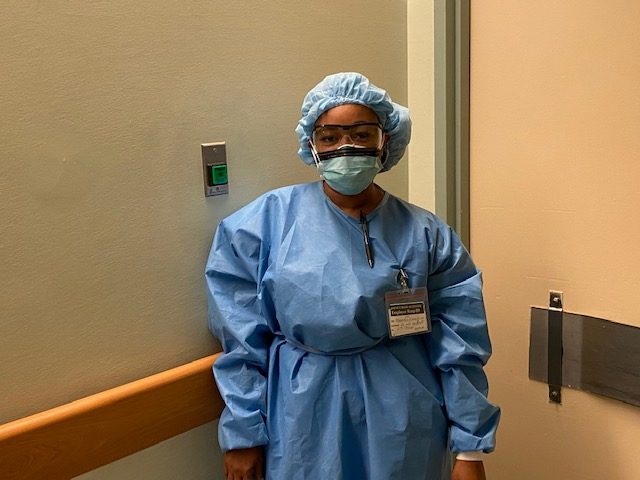 By Sherrel Wheeler Stewart
For The Birmingham Times 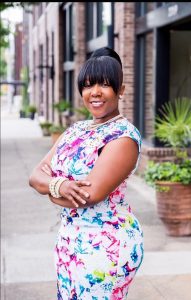 In Bessemer, most people know Kimberly Alexander as the councilwoman who represents District 2. But in recent weeks, the 39-year-old registered nurse has taken on a different role as a health care provider in New York City, taking care of patients with COVID-19.

For Alexander, the decision to go to New York was not difficult.

She’s a travel nurse and typically accepts assignments that allow her to balance her family and civic life. Of course, she keeps in touch with her son, mother, father and city friends while she’s in New York.

Alexander said she had learned the protocol for working with COVID-19 patients and wanted to use her skills to help in New York.

No city in America has been hit harder by COVID-19 than New York. As of Tuesday, the city had more than 139,385 confirmed cases of the virus. An estimated 10,657 people have died from the disease in New York, and thousands more have died throughout the state, according to public health agencies.

The nights are long for Alexander. She works a 12-hour shift from 7 p.m. to 7 a.m. Every day, a private bus picks up the nurses to take them to the hospital, she said.  At the end of the shift, it’s another 15-to-20-minute ride back to the hotel.

“You never know what will happen,” she said. “We see death every day. But I’ve seen people recover and be discharged.”

She recalled one of many patients on a ventilator.

“He was being fed by tube,” she said. “Gradually, he was weaned off the ventilator. It was amazing. I had seen him on the vent, then to know he got better. The tubes were out, and he went home. He was happy, and he was very thankful to God.”

In the hospital where she works, every floor is a COVID floor. Nurses who had worked in other units in the past are now working with COVID patients.

Alexander has her nursing credentials, but preparing for this assignment every day requires more, she said.

“I get up every day and pray,” she said. “I thank the Lord, and I ask Him to please watch over me.”

Before she begins to work, she must prepare as though her life depends on it.

“I wear my N95 mask for the entire 12-hour shift,” she said. “We wear disposable scrubs. With the personal-protection equipment, you must be careful, and you can’t rush putting it on or taking it off. It takes a while. You have to avoid cross-contamination.” She says it takes 15 to 30 minutes each time she puts on and takes off her PPE.

The Challenge of COVID-19

While she’s seen some people recover and be discharged, many have not been so lucky, Alexander said.

Alexander hopes for a cure and relief for those who are sick, but said she realizes there still is so much that is unknown about COVID-19.

But Alexander said she is concerned because it often appears that 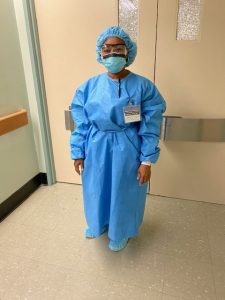 some people don’t take the virus seriously enough to follow the guidelines.

Statistics on the impact of COVID-19 on communities of color are alarming, she said.

In an op-ed piece published in USA Today this month, Selwyn Vickers, M.D., dean of the School of Medicine at University of Alabama at Birmingham, said, “The COVID-19 pandemic is radically exacerbating the deadly consequences of racial and socioeconomic disparities in health and health care in America, creating a crisis within a crisis.”

In states such as Michigan and Illinois, more than 40 percent of the deaths are among African Americans who make up just 14 percent and 15 percent of their populations, he said.

There’s also disparity in Alabama. The state’s Department of Health released a report earlier this month that showed African Americans accounted for 43 percent of the verified deaths from COVID-19 but make up 26 percent of the state’s population.

“I don’t know why it’s hitting the African American community so hard,” Alexander said. “Maybe it’s because some don’t have the resources to go to the doctor, and there are so many underlying health issues out there in our community. We know when there are several pre-existing conditions, the impact is going to be worse. For us, diabetes, heart disease and kidney disease are problems in our communities.”

This assignment is all about work and service, Alexander said. There is no time for great food and entertainment. But even if there was, most restaurants are closed or only offer to-go orders, she said.

Alexander will return to Alabama after her 21-day assignment ends at the New York hospital on April 24. Then she said she will have to self-quarantine for two weeks before she can be with her family.

Her work in New York is what many nursing and health care professionals do, she said.

“Nursing is like a sisterhood. We help each other,” she said. And if the outbreak of COVID-19 intensifies more in Alabama or the state experiences other tragedies, she hopes to see a similar response.

“I tell the nurses here, ‘When it gets bad in Alabama, you have to pick up and come to Alabama. But right now, we are here to support you guys,’” she said. “I’ve made some friendships that probably will last a lifetime.”