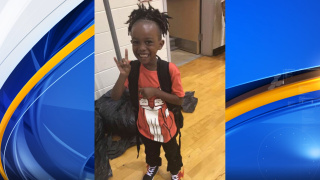 Hoover City Councilman Derrick Murphy, who will host the prayer, said he will be joined by family members of the 8-year old, local clergy, city and county officials and members of the Riverchase Galleria management team.

Murphy said the focus of the vigil will be twofold. “First, I feel it is imperative that we pray for Royta’s family and for all of the victims injured in this senseless shooting. Not only will we pray for them, but for everyone who was at the mall that day and experienced trauma in some way. It is also important that we pray for our first responders and our community as a whole. We are all hurting from this situation. Now is the time to pray and support each other, knowing we will get through this together.

“We must also address the issue of gun violence in our region. Our young people have too many easy avenues through which they can obtain guns. That, coupled with their inability or unwillingness to solve disagreements effectively is leading to the loss of too many lives. There must be a change, it must start now, and it must start with the heart.”

Earlier this week, Hoover Police Department announced 22-year-old Montez Moses Coleman of Birmingham was arrested as a suspect in the shooting that killed Royta and injured three others.

Police said Coleman has been charged with capital murder and three counts of assault second degree.

On Tuesday, Hoover police said they have made two additional arrests in connection with a deadly shooting at the Riverchase Galleria on July 2.

According to Hoover PD, officers on the scene were alerted to a male running through the parking deck of the Hyatt Regency Hotel with a firearm. Coleman was located by authorities and taken into custody.

If anyone has any information about this case, you are asked to call Sergeant Matthew Savage at 205-739-6780. If you wish to remain anonymous and qualify for a cash reward, you are encouraged to call Crime Stoppers of Metro Alabama at 205-254-7777.