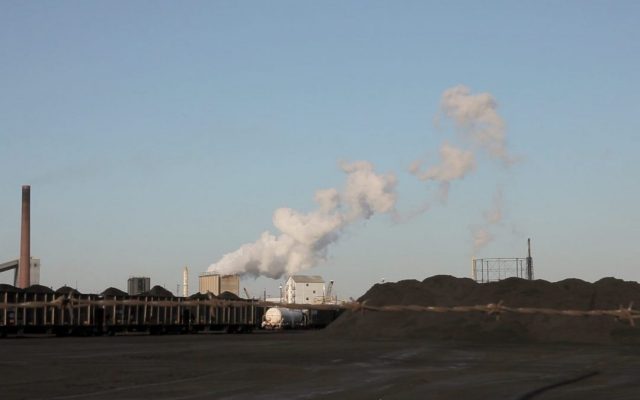 GASP Group, an environmental advocacy group for clean air, said it has tried for months to get the attention of Governor Kay Ivey to support more action toward cleanup of a local toxic site in North Birmingham and so far has not received a response.

GASP is asking the governor to add the site on 35th Avenue North to the Environmental Protection Agency’s “National Priority List.” This would mean more attention to resident concerns about the safety of the area.

The 35th Avenue site consists of Harriman Park, Collegeville and Fairmont. Industrial plants for steel, pipe and coke, a distilled form of coal, were once common in the area. According to the EPA, these industries left behind toxic levels of arsenic, lead and benzo(a)pyrene, or BaP. BaP and arsenic are carcinogens.

Cleanup in the area dominated the news cycle more than three years ago during a high-profile corruption case involving a local lawmaker and a coal company executive and has not received much attention since. Michael Hansen, executive director of GASP, said he is determined to not let the cleanup issue fade.

“We held a caravan in Montgomery where we honked and caused a lot of noise at the governor’s mansion, put signs on our cars,” Hansen said. “And we’ll continue to do that, we have another caravan [on October 3]. But we’re also having a letter writing campaign.”

Hansen said GASP has been trying to speak with the governor for more than a year. “We have requested a meeting with the governor directly. We’ve been pushed to meetings with aides, like chiefs of staff or economic policy advisors,” Hansen said. “They have been open to talking about it, but not open to doing anything about it. We’re requesting to have a meeting directly with the governor herself, and we haven’t been acknowledged [by Ivey] since we put in that request.”

Multiple attempts to reach the governor’s office for comment were unsuccessful.

Locally, the Jefferson County Department of Health said its only responsibility is to monitor air quality and is directly involved with cleanup. The Birmingham City Council in January approved a resolution that supported the addition of the 35th Avenue site to the NPL. The mayor’s office said it remains committed to supporting the residents of 35th Avenue.

“During Mayor Randall Woodfin’s previous talks with the EPA, the city focused on remediation, relocation and redevelopment,” said his public information office. “The Woodfin administration will continue to stay fully engaged with residents, the community, state government and federal government as talks continue on next steps of this project and the clean-up effort.”

Hansen said the EPA is currently removing the top layer of soil in many parts of the 35th Avenue site and most of the former polluters have gone away, “but left behind contamination. There’s air pollution, water runoff and water emissions… some of those industries still operate [in the area],” he said.

“When I talk to residents, they consistently express that they feel like the soil cleanup is good, but it’s not enough. They would like to see more being done for community development, remediation and some of them want to be relocated. That is something that might be available under the NPL (National Priority List).”

Cleaning up six inches of soil does not mean the residents are satisfied, Hansen said. “People are still living with pollution every day. There are still two coke plants there,” he said.

It’s been more than three years since a Birmingham lawyer and an Alabama coal company executive were convicted of bribing disgraced former lawmaker Oliver Robinson to oppose expansion of a Superfund site in North Birmingham and it’s about time something meaningful is done to cleanup the site, Hansen said.

In a 2018 interview with Birmingham Times, North Birmingham resident, Elizabeth Rainge, said: “…There are a lot of people out here with different kinds of cancers. I’ve got Crohn’s disease; they say it’s [potentially] from the environment because we didn’t know any better.”