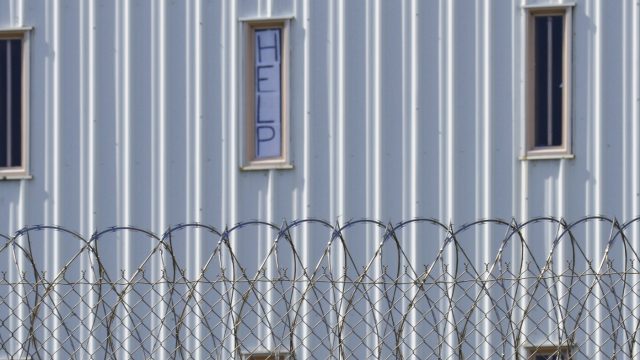 Alabama Appleseed Center for Law & Justice this week released a comprehensive new report examining Alabama’s Habitual Felony Offender Act, Condemned:  Hundreds of Men Are Sentenced to Die in Prison for Crimes with No Physical Injury. They Haven’t Given Up on Life. Why Has Alabama Given Up on Them?

The report is a call to action as Alabama lawmakers consider desperately needed sentencing reforms to address unconstitutional conditions in Alabama’s men’s prisons. Condemned shares the stories of men in their 50s, 60s and 70s who are sentenced to life imprisonment without parole. They fill prison honor dorms, serving as mentors, role models, and chapel workers despite being condemned to die in prison for non-homicide offenses committed decades ago.

“After 30 years in prison, I have been rehabilitated. Any more time would be too long for snatching money out of a cash register, which although wrong is not deserving of my entire life,” said Myron Monroe, who has served 30 years for robbery in which he was armed with a knife and works as the warden’s runner at Holman. “All I want is to go home to my family that I left so many years ago.”

Condemned includes documentation from decades of federal court orders showing how the Alabama Department of Corrections is the worst habitual offender of all. “The federal government has given the State an incalculable number of chances to get its wretched prisons into shape. That people with no hope for release have transformed in prisons known for violence and despair is evidence that the system was wrong about them, and still is,” said Appleseed Executive Director Carla Crowder.

The Alabama Legislature is considering multiple Habitual Felony Offender Act reform bills as it convenes this week. This report provides evidence that limiting reforms to people convicted only of “non-violent” offenses is a wasted opportunity, given that robbery is classified as violent even when no one is physically injured.

As 73-year-old James Oliver Jones, incarcerated for life without parole at Donaldson Correctional Facility said: “To give a person life without when he took no life is draconian … We just have too many bodies in prison.” He has served 38 years for a robbery conviction under the HFOA and received only two disciplinary infractions the entire time – including one for having an unauthorized cookie.