Pastor Mike McClure Jr. of Rock City Church also known as “The Rock”, this week scored another No. 1 song from his freshman album, “LIVE FREE” which was released last summer.

As of March 8, “I Got It” is listed as the No. 1 song on the Billboard Gospel Charts. It is rare that an artist would have two No. 1 singles on his first album. “I Got It” is iconic in a way that it appeals to people no matter where they find themselves or where they plan on going and has timeless gospel truth but fresh dope beat that makes it a favorite in church and secular worlds, according to listeners.

​When asked “Why I Got It” was the second single and what’s the takeaway McClure Jr. said, ‘BIG’ was about The Announcement, ‘I Got It’ is about the Fulfillment. I wanted to show my generation how to celebrate both. So often, we make announcements but lack fulfillment. ‘I Got It’ is an example of how to have both.”

The Stellar-Award winning artist was asked why as a successful preacher and business owner, he would still pursue music. “It’s my first love,” he said. “Growing up all I wanted to do is sing. I would travel with my father and sing before he preached. I led worship at his church for years. It’s a gift God gave me. I understand the power of music and it has become a passion of mine.”

Asked what’s next, PMJ said that he is gearing up for a new album release aimed toward the single life. “Being single is a challenge and sadly it’s never addressed from a spiritual side,” he said.

McClure, Jr. released his freshman album last summer and within the first day of release BIG managed to break into the Top 40 on iTunes Christian and Gospel charts and ultimately reached No. 2 on Top Gospel Songs according to iTunes Charts.

Within a week of release, the single was in the Top 40 of Billboard, the No. 7 most purchased on digital outlets on Billboard and is the No. 2 Most Added Song by Nielsen Music. BIG had an incredible run with 10 weeks in the No. 1 spot on Billboard and was recognized as Billboard’s No. 1 Gospel Airplay Song of 2020.

Last year Pastor Mike was the first artist in the state of Alabama to be nominated for six Stellar Awards and bring home two in the categories of Best Rap/Hip-Hop Album of the Year and New Artist of the Year. 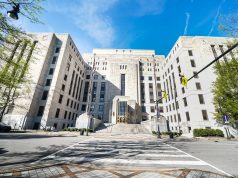