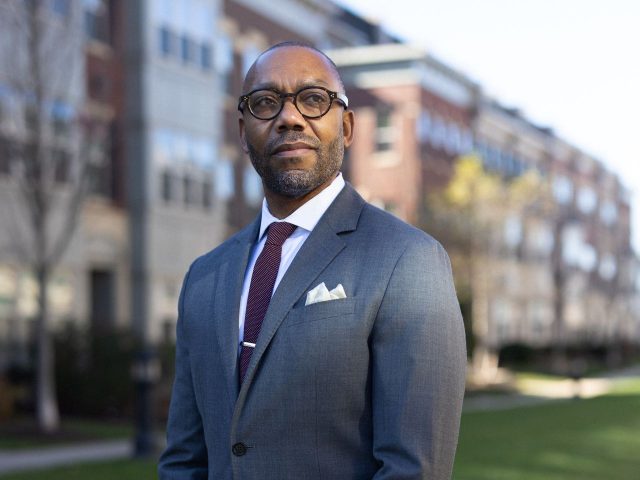 Recently, the right-wing magazine The Federalist published a warning to parents in the form of a conspiratorial, unhinged and poorly supported op-ed titled, “If The Left Ends Parent Rights, You Might Need A License To Raise Your Own Child.” In the piece, author Stella Morabito built on the hysteria around critical race theory to forewarn readers of an alleged concerted push by the so-called radical left to license parenting.

“[L]icensing of parents might still sound fringy, but it’s an old social engineering dream that dies hard,” wrote Morabito. “Unless there is aggressive and sustained pushback, you can count on the idea invading the mainstream. So parents can’t let down their guard.”

Yes. The idea is more than fringy, but the call-to-action is no joke.

To be clear, there is no attempt to create a license to parent a child. There never has been. Just as COVID vaccines don’t end up magnetizing people, and what actually constitutes critical race theory has never been taught in primary and secondary schools, there is no agenda to create a parenting permit — an idea that would be as anathema to the left as to the right.

The Federalist article is extreme — and it’s purposeful. The boogeyman rhetoric it employs is taken straight from the pages of the white supremacy playbook. It’s the kind of tactic that’s been effective at radicalizing individuals, especially white evangelicals and conservative white women, throughout the years.

Governor-elect Glenn Youngkin of Virginia flagrantly tailored his campaign to self-professed “mama bears,” conservative women who rallied around the candidate’s opposition to vaccine mandates, critical race theory (as he defined it) and other cultural flashpoints.

Youngkin positioned himself as the defender of ordinary parents fed up with what they perceive as government overreach. In the weeks leading up to the election, Youngkin posted a meme of his Democrat opponent captioned: “Scary Terry [McCauliffe] will keep parents out of their kids’ schools.”

Power-hungry politicians and bigots have always appealed to white supremacist values to achieve their political goals. In the 1950s, politicians latched onto white resistance to desegregation by turning busing into a trigger for white aggression. Children had been bused since the 1920s. But after the landmark Supreme Court decision in Brown v. Board of Education and the subsequent rulings to enforce it, busing became synonymous with a court-ordered invasion of white privilege.

White women fought on the frontlines of the racist resistance to Black families integrating white schools. Politicians and right-wing activists amplified their fury and turned it into a movement.

School busing — not the fact that adults were attacking school buses with rocks and spitting on children — became the supposed threat to democracy. The practice of manufacturing fear around integration has been repeated ever since, with every advance in the Civil Rights Movement facing a racist backlash, including the current uproar over critical race theory, as inaccurately depicted, following the Black Lives Matter protests of the last two years.

Many of the mama bears coming out to protest now are direct political descendants of the white evangelicals who felt embittered about Supreme Court decisions and state policies around school desegregation, the teaching of evolution, the expansion of the curriculum to include multicultural voices, comprehensive sex ed, and the removal of compulsory, school sanctioned prayer.

Expanding civil rights isn’t anti-American. Discriminating against Black people, curtailing the pursuit of truth by Black students and scholars and maintaining a racial hierarchy are the actions that undermine our nation’s ideals — especially when these hateful acts are wrapped in democratic terms like “school choice” and “parent rights.”

Conservatives are currently using bans on critical race theory — a term they inaccurately define as any effort to teach about systemic racism or cultural sensitivity — as a pretext for eliminating from history lessons topics like slavery, Jim Crow racism, voter suppression, and housing and school segregation — all significant aspects of American history with long-lasting impact. In addition, conservatives are attempting to assuage or eliminate any feelings of guilt or accountability their white followers might have for this troubling past: White politicians seemingly don’t dare allow children to know that their ancestors and the U.S. government created these policies.

The Colorado Springs’ Gazette editorial board recently wrote that the mama bear movement represents a “sprouting and growth of grassroots, representative democracy.” Colorado Springs, home to the right-wing evangelical organization Focus on the Family, is known for its conservative bent. The Gazette board tied the mama bear movement to backlash against critical race theory as well as COVID-19 protocols and restrictions. The Gazette is rallying the next wave of troops for a debased, unsubstantiated cause.

The mama bears movement has largely been spontaneous and localized, but just as in past racist backlashes, a growing political infrastructure is being built for these conservative parents. For example, the group Moms for Liberty was recently created to organize parents and has already been influential in local races for school board. As reported by The Washington Post, “In 10 months, Moms for Liberty has grown to 135 chapters in 35 states, with 56,000 members and supporters, according to the organization’s founders.”

Rational voices must push back against ridiculous, groundless claims based in racism. But how can we fight against the fear of a boogey man that doesn’t exist? Thousands of our neighbors, colleagues and possibly even some friends fought against critical race theory being in taught in schools, when it wasn’t being taught there, and many will believe the lie that the left wants a licensing exam for parenting, even though it has no basis in reality. How do we engage with people we disagree with when they are clearly off the rails?

Fortunately, as parents, we have a common experience to draw on: Most of us have had to deal at some time with toddlers who become fearful of the dark, and have helped them overcome the fear of nighttime monsters that don’t exist. Some of the same strategies used to squelch toddlers’ nocturnal fears can be used when dealing with adult conspiracy theorists.

If someone has sent an unhinged article on social media as an invitation to believe in something that doesn’t exist, or has brought up an outlandish boogeyman in conversation, simply pointing out the ways that the information is racist probably won’t be very effective as a way to open their eyes. More is needed.

If your neighbor or friend tells you that the state is coming to see if you have a parenting permit, get to the matter at hand. Give them an opportunity to acknowledge their authentic fear. Allow them to see that parenting permits and critical race theory as portrayed by the right aren’t what really frightens them. Apprehension comes more from societal changes that hold a mirror to deeply held beliefs, values and privilege.

This kind of effacement is difficult at the individual or societal levels, but it is more likely someone will acknowledge what they are truly feeling than admit that parenting permits don’t exist.

Better To Show Than Tell

However, as the equivalent to briefly turning on the light in a dark room to enable a child to see that nothing is there, ask your conspiratorial friend to show you the legislature that passed a parenting exam or name a state or school district where critical race theory is part of the curriculum. In other words, offer them facts from a reliable source while pushing them to provide you with reputable evidence for their own claims. It’s said that the best disinfectant is light. And for many people, a consistent delivery of facts will eventually erode irrational beliefs.

Tony McAleer — a former skinhead and now a nonprofit leader working to help people make amends for their past behaviors — says that you can’t “deprogram” a skinhead. “At that point, ideology and identity have become the same,” McAleer told the Canadian Broadcast Company. “When you challenge ideology, you’re challenging their sense of self.”

This means that any intervention needs to aim not simply at countering the ideology, but also at appealing to the best in someone, as a way of inviting them into a sense of self that is not dependent on hateful or conspiratorial ideologies. This strategy connects to the idea, above, that it’s better to identify the underlying fear than focus on the conspiracy. By helping people to acknowledge that fear while offering them a way out that still preserves some sense of their original self, we can counteract a lot of the appeal of irrational beliefs.

“I know it’s hard, but whatever you do, don’t tell the child ‘Don’t do that.’ Since the dawn of time, it’s never worked,” McAleer said. “If you have no conversations, you won’t pick it up the second it starts up.”

As difficult as it may be, we must have courageous conversations with both the mama bears and well-meaning moderates who try to avoid discussions around racism. These conversations can prevent people from falling into the worst beliefs, or help them overcome those beliefs. There are many resources that offer tools for facilitating these tough conversations. For example, during the unrest of 2020, the Annie E. Casey Foundation offered concrete guidelines on how to facilitate authentic and productive conversations about race

Finally, after you’ve done your part to engage, if those you are speaking with don’t want to start the process of changing, you must move on. There are limits to engaging with the irrational. There comes a point at which it becomes emotionally extractive and toxic to continue. Attention provides oxygen for conspiracies.

Reasonable parents know how difficult it is to ignore a baby crying in fear of the dark. However, if parents rush in each time to turn on the lights and affirm this irrational fear, no one will be well rested. If social media friends and contacts ignore facts and keep spouting nonsense, it’s probably time to block them, to tell them “We’re going to have to agree to disagree,” or simply ignore them so you can get some sleep. 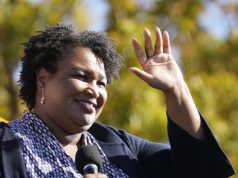 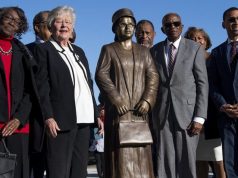