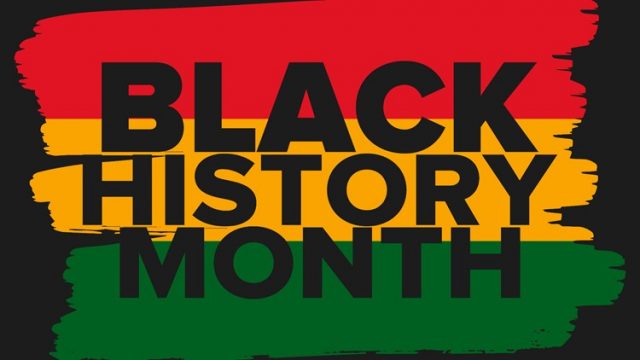 This article was originally published in February 2021 and has been updated.

February is Black History Month. This month-long observance in the US and Canada is a chance to celebrate Black achievement and provide a fresh reminder to take stock of where systemic racism persists and give visibility to the people and organizations creating change.

Here’s what to know about Black History Month and how to celebrate it this year:

How did Black History Month begin?

Black History Month’s first iteration was Negro History Week, created in February 1926 by Carter G. Woodson, known as the “father of Black history.” This historian helped establish the field of African American studies and his organization, the Association for the Study of Negro Life and History, aimed to encourage “people of all ethnic and social backgrounds to discuss the Black experience”.

“Those who have no record of what their forebears have accomplished lose the inspiration which comes from the teaching of biography and history.”
― Carter G. Woodson

Why is Black History Month in February?

February was chosen by Woodson for the week-long observance as it coincides with the birthdates of both former US President Abraham Lincoln and social reformer Frederick Douglass. Both men played a significant role in helping to end slavery.

Woodson also understood that members of the Black community already celebrated the births of Douglass and Lincoln and sought to build on existing traditions. “He was asking the public to extend their study of Black history, not to create a new tradition”, as the Association for the Study of African American Life and History (ASAALH) explained on its website.

How did Black History Month become a national month of celebration?

By the late 1960s, thanks in part to the civil-rights movement and a growing awareness of Black identity, Negro History Week was celebrated by mayors in cities across the country. Eventually, the event evolved into Black History Month on many college campuses.

In 1976, President Gerald Ford officially recognized Black History month. In his speech, President Ford urged Americans to “seize the opportunity to honor the too-often neglected accomplishments of Black Americans in every area of endeavor throughout our history”.

Since his administration, every American president has recognized Black History Month and its mission. But it wasn’t until Congress passed “National Black History Month” into law in 1986 that many in the country began to observe it formally. The law aimed to make all Americans “aware of this struggle for freedom and equal opportunity”.

Why is Black History Month celebrated?

Initially, Black History Month was a way of teaching students and young people about Black and African-Americans’ contributions. Such stories had been largely forgotten and were a neglected part of the national narrative.

Now, it’s seen as a celebration of those who’ve impacted not just the country but the world with their activism and achievements. In the US, the month-long spotlight during February is an opportunity for people to engage with Black histories, go beyond discussions of racism and slavery, and highlight Black leaders and accomplishments.

What is this year’s Black History Month theme?

Every year, a theme is chosen by the ASAALH, the group originally founded by Woodson. This year’s theme, “Black Health and Wellness,” focuses on the importance of Black Health and Wellness by acknowledging the legacy of Black scholars but also “other ways of knowing (e.g., birthworkers, doulas, midwives, naturopaths, herbalists, etc.) throughout the African Diaspora.”

The month’s event will also examine how healthcare has often underserved the Black community.

When the UK started celebrating Black History Month in 1987, it focused on Black American history. Over time there has been more attention on Black British history. Now it is dedicated to honouring African people’s contributions to the country. Its UK mission statement is: “Dig deeper, look closer, think bigger”.

Why is Black History Month important?

For many modern Black millennials, the month-long celebration for Black History Month offers an opportunity to reimagine what possibilities lie ahead. But for many, the forces that drove Woodson nearly a century ago are more relevant than ever.

As Lonnie G. Bunch III, Director of the Smithsonian Institution said at the opening of the Washington D.C.’s National Museum of African American History and Culture in 2016: “There is no more powerful force than a people steeped in their history. And there is no higher cause than honouring our struggle and ancestors by remembering”.