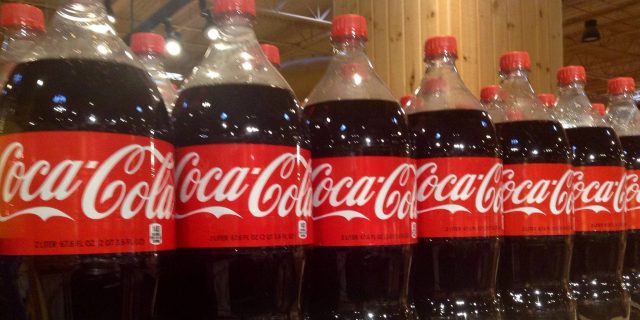 Michael Suco has been named the next president and chief executive officer (CEO) of Coca-Cola Bottling Company United, Inc., a role he will assume at the Birmingham-based Coke bottler Aug. 1.

Suco, who is currently senior vice president and chief commercial officer, will succeed John Sherman, who is retiring at the end of July but will stay on the company’s board of directors. Suco, who has spent more than 26 years with Coca-Cola, will be the eighth president and CEO to lead the company in its 120 years of operation. Suco said he is honored to have been chosen for the role.

“We have an amazing team, and I believe intensely in our culture of shared leadership and our local operating model,” he said. “We have many opportunities in front of us for growth and success, and I look forward to carrying on the legacy of service to our associates, customers and communities that has been the foundation of Coca-Cola United for 120 years.”

Sherman said Suco will carry on leadership of the company with an appreciation for each person who makes the company’s continued existence possible.

“I’ve seen [Suco’s] leadership at work for more than two decades – his extensive experience, deep relationships, commitment to our local operating model, which begins and ends in each community and with each customer, and his belief that the secret to our success is indeed the people who make up the Coke United family,” Sherman said in a statement. “I have no doubt Coca-Cola United will be in great hands for the future.”

Claude Nielsen, board chairman for United, said Suco’s passion and commitment, since joining United in 2000, will make him a great leader of the company.

“[Suco’s] election by our Board brings invaluable continuity of leadership, strategy, and purpose to United as we organize for growth and execute our strategic plan,” Nielsen said in a statement. “I have every confidence that Mike, along with our talented executive leadership team, will take United to ever higher levels of performance and growth for years to come.”

The company increased its number of customers and employees dramatically between 2014 and 2017, and according to a Monday release, Suco played an integral role in that transition, leading the integration of the largest individual market, Atlanta.

From 2016 to 2021, he was vice president of the company’s East Region, based in Atlanta, and responsible for sales and distribution within the state of Georgia and more than $1 billion in revenues for Coca-Cola United. During the integration of the Atlanta market unit in 2017, more than 2,000 new employees and 13,000 new customers joined Coca-Cola United.

Prior to that, Suco was based in Birmingham and served as corporate vice president of operational marketing.

Since joining United in 2000, Suco has held numerous management and executive positions. Suco began his career with the Coca Cola System in 1996 as a market development manager for The Coca-Cola Company.

Suco has a B.S. in Business Administration from Jacksonville State University and began his career with The Ernest and Julio Gallo Winery in 1991. He has a long history of community engagement, both in Birmingham and in Atlanta, including leadership and board affiliations with Oglethorpe University, Fernbank Museum of Natural History, Georgia Beverage Association, Hispanic Business Council, Fiesta Hispanic Cultural Festival, YMCA of Greater Birmingham, The Boy Scouts of America and the Petroleum and Convenience Marketers of Alabama.

Suco and his wife Shelley have two children, Bella, and Michael Jr., and reside in Birmingham. He enjoys competing in marathons, triathlons and playing golf.