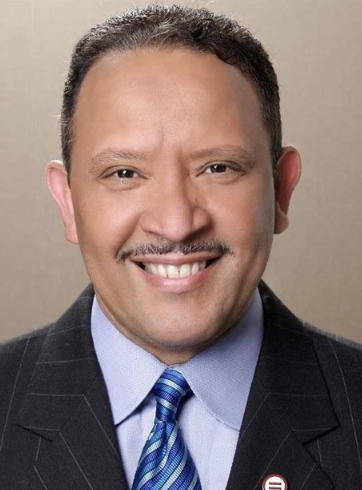 “No man is above the law and no man is below it; nor do we ask any man’s permission when we require him to obey it. Obedience to the law is demanded as a right; not asked as a favor.” — Theodore Roosevelt

If you chanted “Lock her up!” in 2016 but shrug off potential violations of the Espionage Act in 2022, it wasn’t concern for national security that you were defending.

If you responded to “Black Lives Matter” with “Blue Lives Matter” in 2020, and you scream “Defund the FBI” in 2022, it wasn’t respect for law enforcement that you were defending.

The presence of highly classified material at former President Donald Trump’s Palm Beach estate, Mar-a-Lago, is not necessarily proof that Trump himself is guilty of the potential criminal violations that investigators listed in the search warrant: concealment or removal of federal records, destruction or alteration of records in a federal investigation and transmitting defense information. But a judge would not have approved the warrant — indeed, the Department of Justice would not even have sought approval — without powerful evidence that such violations were committed.

The notion of “a government of laws and not men” is most closely associated with Founding Father and second President of the U.S. John Adams. But Adams was channeling the Greek philosopher Aristotle, who wrote, “It is more proper that law should govern than any one of the citizens: upon the same principle, if it is advantageous to place the supreme power in some particular persons, they should be appointed to be only guardians, and the servants of the laws.”

No president in American history has challenged this principle to a greater degree than Donald Trump. From his first days in office, he insisted he had the authority to end the investigation into his campaign’s coordination with Russian election saboteurs. After shocking the international community by sharing classified information with Russia, endangering an ally’s intelligence asset, Trump declared that he had the “absolute right” to do so. When officials warned him that withholding military aid to Ukraine was illegal, “he didn’t seem to care,” according to former Defense Secretary Mark Esper.

The government ethics watchdog group Citizens for Responsibility and Ethics in Washington has identified 48 criminal offenses of which Trump has been credibly accused of committing while serving as president or campaigning for the office.

Due to a combination of obstruction by partisan loyalists in Congress and a policy among federal law enforcement against prosecuting a sitting president, Trump never was held to account for his misdeeds as president or candidate.

Each successive escape from justice appears to have reinforce Trump’s already-powerful mystique of being above the law. He was recorded boasting, with regard to sexual assault, “When you’re a star, they let you do it. You can do anything.” At least 26 women have accused President Donald Trump of sexual misconduct, including assault, since the 1970s. He has never been criminally charged. The real estate company Trump inherited from his father is on trial for alleged crimes dating back 15 years; Trump himself has not been charged.

As we saw on Jan. 6, 2021, Trump’s supporters are inclined to retaliate with deadly violence against any perceived slight against him. Pursuing charges against Trump carries a serious risk of an even more violent response. “While the consequences of action might be dire,” columnist Jamelle Bouie wrote in The New York Times, “the consequences of inaction might be even worse.”

Bouie and others have pointed to the 1874 takeover of the Louisiana statehouse, New Orleans City Hall and the city’s arsenal by white supremacists bent on deposing Gov. William Pitt Kellogg and installing his opponent from the previous election in 1872. While federal troops quelled the rebellion, Bouie wrote, “There was no punishment for the men who planned this attempted coup. So there was no reason not to try again.”

The second attempt, after the 1876 election, succeeded. The promise of Reconstruction in Louisiana died, and white supremacist terror reigned for the next nine decades.

The possible reaction of a violent fringe of Trump supporters should not dictate the course of a federal investigation. Caving into blackmail does not deter blackmailers; it emboldens them. Failure to hold even a former president accountable to the law is a sure path to tyranny.

Marc Morial is president/CEO of the National Urban League.