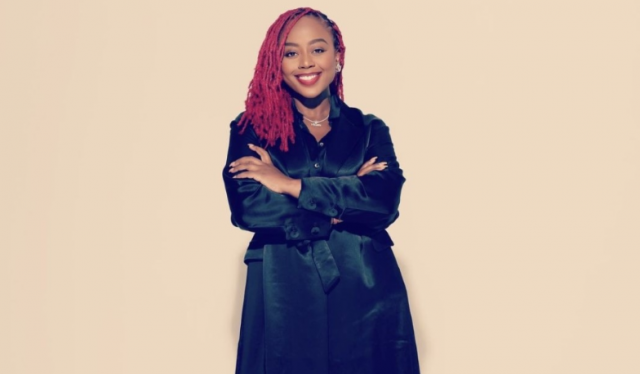 “Outside of Atlanta, y’all have been one of our biggest supporters, and I’m looking forward to being able to opening in Birmingham and really putting our footprint in the Woodlawn area,’’ she said. “I’m confident that we will be successful there. I think it will be a win-win for everybody because between our community work and what we do and what we can offer the City of Birmingham, I think everybody will be happy.’’

She said the Woodlawn location is set to open “very soon,’’ adding that they are currently hiring managers, cashiers, line cooks, and other openings.

Cole founded her plant-based eatery with the unforgettable name in 2018. Today, she has five locations in Georgia. Her Birmingham location will be her sixth store. She also has plans to open stores in New York and beyond. Her four-year-old company is valued at $100 million.

Cole said that she looked at a lot of locations for the Birmingham store but nothing felt right except for the space she saw in the historic area of Woodlawn on 55th Place. Birmingham realtor Abra Barnes of Barnes and Associates served as her broker. Cole bought the building, which formerly served as homes to a hair salon and music tech lab, from REV Birmingham.

Mashonda Taylor, executive director of Woodlawn United, served as the vision keeper for the Woodlawn community, updating Cole on the area’s economic development and residents.

“She’s coming into a community that has real strong roots and pride already. They will support her and they have surrounded her,’’ Taylor said. “She is successful just simply because she is Pinky, but she will be successful here because this community is going to support her.’’

“It won’t be recipes from inside the store,’’ Cole said of the cookbook. “All of the recipes are inspired by the meat eaters. This book is specifically for the meat eaters, with vegan options. There are a lot of cool surprises in there. My story’s in there. I have some celebrities shout outs in there.’’

“It’s cool to be able to create a book,’’ said Cole. “We just started as a restaurant. I never imagined this to turn into what it has turned into.’’

She does all of this while also being a mother to a 1-year-old daughter and a newborn son with fiancée, Derrick Hayes. She got engaged during the Essence Music Festival in New Orleans earlier this month, and she has set a wedding date for June 8, 2023. So, how does Cole run a multi-million dollar business, grow her enterprise and manage a family? “I’ve got a lot of help. That’s the only way I’d be able to do this, with a lot of help’’ she said. “I have two nannies. I have two assistants.”

Cole also runs the Pinky Cole Foundation in Atlanta, which is focused on helping people win in life, with finances and pursuing their entrepreneurial dreams. She said Birmingham residents can expect to see something similar here.

“We will find the problems in the area, local schools that need help, anybody who needs help and what we will do is we’ll create programs and we’ll offer our support and our resources to be able to make the community better,’’ she said. “That’s what we do.’’

Early on as a child growing up in Baltimore, Cole knew she wanted to create financial freedom for herself. Today, the Clark Atlanta University graduate has done that and so much more.

“I love Birmingham and I can’t wait to come to Birmingham and cut that ribbon,’’ she said. “I’m confident that Birmingham will show me just as much love if not more than the City of Atlanta. Thank you in advance.’’

To apply for a job at the Birmingham store, check out SluttyVeganATL on social media and send resumes to careers@sluttyveganatl.com.

To learn more about Cole’s story, check out this YouTube video: https://www.youtube.com/watch?v=EnxD2-zg5XM