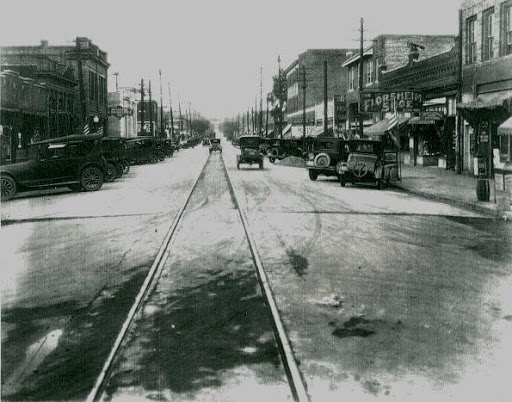 We need to add another name.

We need to add another name to a long but incomplete list of names that includes Breonna Taylor, Tamir Rice, Trayvon Martin, Michael Brown, Addie Mae Collins, Cynthia Wesley, Carole Robertson, Denise McNair, Virgil Ware, Johnny Robinson, Emmett Till, and James Chaney. These are all young African Americans murdered by white Americans. Regardless, who pulled the trigger or planted the bomb, for all of these young people the cause of their death was the same—white supremacy. And if these young people are forgotten, then white supremacy wins.

I only learned her name recently, although I have known fragments of her story for decades. She was, according to an early history of Birmingham, “a little Negro girl” who was shot to death by a Birmingham police officer while picking up coal along a railroad track. But sometimes bits and pieces of stories stick with you, and this one stuck with me. I don’t believe in ghosts who haunt houses, but I do believe in the ghosts of the past. What Southerner does not? Our world is a crowded place where the ghosts of the past are with us all the time, and they are loud, trying to get our attention. Each ghost has a story, but they need us to tell those stories. Lizzie’s ghost has been crying out through parts of three centuries, waiting for someone to tell her story.

Little Was Written Down

I am an archivist and I have spent my professional life collecting and preserving the history of my hometown, Birmingham, Alabama. As I tell students, an archive is not a collection of old documents, neatly arranged and inventoried. An archive is a repository of stories. The papers and photos are just there to hold the stories in place. And since Lizzie’s memory would not let me be, I did what archivists do. I went into the old newspapers, court records, city directories, census records, and old maps hoping to find some part of her story. We may never know much about Lizzie’s life. So little was written down, and there was so much that only she knew. But we need to understand her death, not because that part of her story is unusual but because it is not.

Here is what we can know. Lizzie Durr lived with her mother and brother in an impoverished African American neighborhood on the western edge of downtown Birmingham. Like Black neighborhoods of her time and ours, the place was polluted and noisy with trains passing within feet of people’s small homes and a gas works and iron furnace towering over the houses. Before daylight on the morning of Dec. 14, 1895 Lizzie knocked on the door of a neighbor, a young Black woman named Annie Sims, and asked if Sims would go with her to gather coal. It was a common practice for poor people to walk along railroad track and pick up coal that had fallen from train cars to heat their homes and cook their food. A small boy accompanied Lizzie and Annie, but his name and circumstances are not known.

As the three of them gathered coal from a parked train, Lizzie and Annie picking it up from the ground and the boy filling a bucket atop the coal car, two white police officers arrived. It was about 5 a.m. and still dark. The police officers drew their weapons and shouted. The boy atop the car threw his bucket of coal at the first officer and scampered away. The first officer, J. Nathan Byers, fired two shots into the darkness and then chased down Annie Sims. When Byers returned to the train car he found his partner, who had been several steps behind, standing over Lizzie Durr’s dead body. She has been shot in the back of the head, just at the base of her brain. Death was immediate.

After Lizzie’s body was examined by two physicians her family took her home and laid her on a bed. Relatives and neighbors came to the house long into the night, while her mother and aunt sat with her, weeping.

The events that followed Lizzie’s death are both remarkable and familiar. In an incredible act of courage Lizzie’s older brother signed a warrant for Officer Byers’ arrest. At a preliminary hearing Byers claimed that Lizzie was atop the coal car and jumped down and landed on him, causing his gun to accidentally discharge. Byers expressed contrition and insisted he had not intentionally shot Lizzie. But Annie Sims testified that she and Lizzie were on the ground and running away when Byers fired. Lizzie’s wound seems more consistent with someone shot while running away than someone shot while leaping from above. But regardless, when the two white officers encountered three Black people—a young woman, a thirteen-year-old girl, and a small boy—their instinct was to draw their guns.

Birmingham’s African American community bravely protested Lizzie’s death. As many as 800 people gathered at Shiloh Baptist Church and released a statement calling on “Humane and Christian-hearted White People” to “let there be a careful prosecution of all such deplorable crimes.” So many Black people attended the trial that they filled the “colored” section of the courtroom and stood shoulder to shoulder in the hallway. After the trial adjourned on the first day, a crowd of Blacks estimated at 100 followed Byers as he was taken outside and back to the jail. The officers accompanying Byers wasted no time transporting him. Few things frighten whites more than a crowd of righteously angered African Americans. In the end, Byers was suspended for a few days, then reinstated. The fact that a white officer was charged and taken to court in 1895 was, in the eyes of many Birmingham Blacks, an accomplishment. They were correct. But it was not justice.

The Russian poet Yevgeny Yevtushenko wrote that when a person dies “there dies with him, his first snow and kiss and fight. Not people die but worlds die in them.” When Lizzie Durr died beside those railroad tracks, an entire world died with her. Her chance to build a life, fall in love, to become a mother, a grandmother, it all died. If we count the generations between Lizzie’s time and ours, her great-great-grandchildren should be walking among us today, falling in love, having their children, making their lives, writing poetry, curing diseases, protesting for justice. But they are not because they never were. That is the enduring tragedy of Lizzie’s death, and the ultimate goal of white supremacy—to destroy Blackness.

And that is why we must remember. She was a 13-year-old girl, and she died in the dark, face down beside the railroad tracks, on a cold December morning. And her mother cried over her. And history could have forgotten her. But she is a ghost from our past who would not stand for being forgotten. She was Lizzie Durr. Say her name.

James L. Baggett is an archivist and historian in Birmingham, Alabama. He hopes to learn more about Lizzie Durr and her family. Email him at BirminghamBaggett@gmail.com