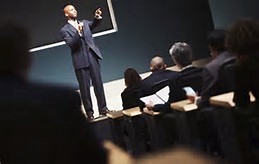 The ‘Meat & Potatoes’ approach to  efficiency and success, from a veteran businessman
Steve Jobs. Bill Gates. Richard Branson. Marc Zuckerberg. Ted Turner. They are just some of the world’s business giants who’ve never earned a college degree.
“Higher education certainly has its benefits; but based on experience, the data that’s out there and what others have told me, there can be better ways of preparing for a life in business than beginning one’s earning years tens of thousands of dollars in debt from college,” says Ed Basler, a veteran entrepreneur and CEO of E.J. Basler Co., (www.ebasler.com).
“Hard work, working smart, listening and abiding in the examples of those who’ve been successful are the keys to success in business. College doesn’t necessarily impart those attributes to students. The price of an MBA is certain, but its value is not.”
Nearly 70 percent of seniors who graduated from public and nonprofit colleges in 2013 had student loan debt, which averaged $28,400 per borrower, according to The Institute for College Access and Success.
If a costly college degree doesn’t necessarily deliver the goods on what works in business, then what does? Basler, author of “The Meat & Potatoes Guide to Business Survival: A Handbook for Non-MBA’s & College Dropouts,” briefly explains key principles.
•  Respect the power of your vision. It may sound hokey to some, but not to dreamers like Walt Disney – another giant who succeeded without a degree. In fact, those who criticize the dreams of visionaries are those who’ve either failed or never dared to dream in the first place. To put it simply, big vision = big results; small vision = small results; no vision = no results. Never mind the naysayers. Listen to those who have something to say, including those who fully support your dream, and those who offer constructive criticism. Talk it out with anyone who’ll listen. Be open to improvement.
•  Fly with eagles. You don’t have to reinvent the wheel. Join your industry’s trade association. It is a wealth of ideas, information and networking opportunities. Meet the leaders in your fields. Join your local Chamber of Commerce and find a seasoned experienced mentor. They can be found.
•  Never pay retail. In some ways, a college degree is retail. There’s no guarantee that you’ll get the expected result, such as a good job, but you certainly pay a financial price. In business, frugality pays. The easiest and most frequently cited price is usually one that can be improved. You can buy office furniture at a store, or you can cut those prices by half or more by going to an auction. Always be on the lookout for a more cost-efficient way.
•  Use a checklist. No, this is not an app or a new way of thinking about business. Instead, it’s an old, tried, tested and true way of accounting for the most important things that need to be done. As the leader of your business, you need it, but you should also encourage everyone under you to keep a list, too. If something is worth doing at work, then it’s worth the extra daily reminder. Put the most important item at the top and then check it off once done. This lets you know with certainty that the task has been accomplished and clearly indicates what’s needed next.
•  Deadlines orient your attention to goals with each passing hour. What if President John F. Kennedy did not announce his ambitious deadline on May 25, 1961, to safely send a man to the moon by the end of the 1960s? We may never have made it. Ambitious deadlines foster excitement for accomplishment. Our attention as human beings is prone to wandering. Deadlines guide us back to our ambition.
•  There’s no end to improvement. There’s no end to improvement. Everything you are currently doing can be improved. Ignore this at your own peril. Your competition believes this and is ready to pass you up the moment you become complacent and settle for the status quo. If you are not growing in innovation, quality, and customer service, you may soon find yourself out of business.