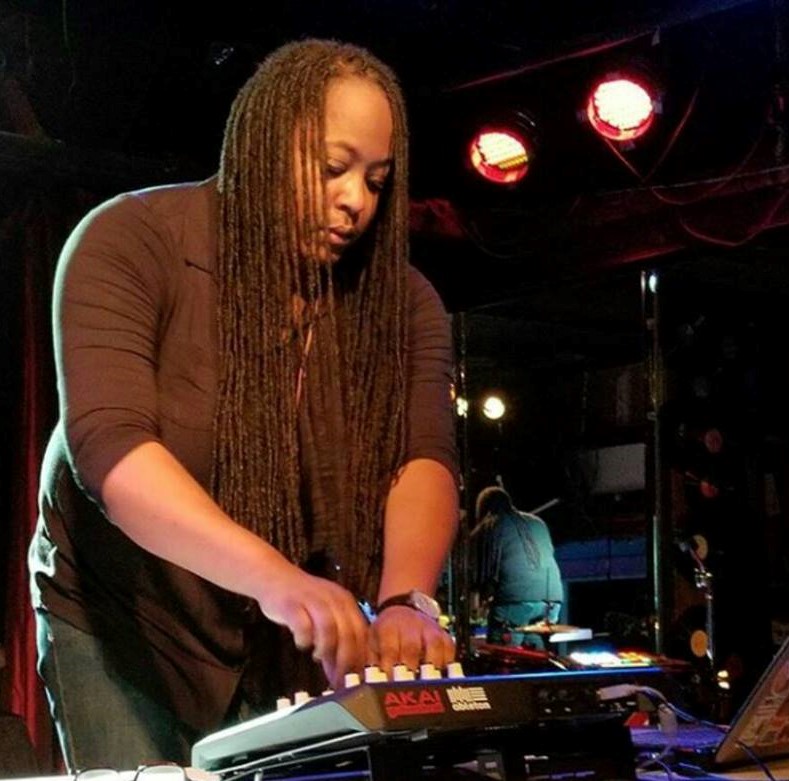 LaShondra Hemphill, music producer, and artist-in-residence with the Alys Stephens Center, has traveled all over the United States. It was a trip to Thailand, however, that changed her as an educator.

“I spent two weeks in Thailand, teaching hip-hop, diplomacy, and cultural arts,” said Hemphill, known as RyNea Soul. “There was a DJ, emcee, myself, and a B-boy [break dancer]. At the end of the week, we had a big performance during which we all performed together.”

Hemphill, who grew up in Birmingham’s Woodlawn community, is used to traveling. Her 2016 residency with Next Level, an organization that is part of the U.S. Cultural Department and the University of North Carolina Music Department, led to her Thailand trip. She also attends a lot of music festivals and workshops, and in March she will attend the Pushing Buttons Collective in New York.

“They’re big about technology, being free women in the industry, and one of the founders reached out to me,” she said. “I’m trying to be around like-minded people.”

As a child, Hemphill studied music before she even knew it.

“I would sit and read the [liner notes] of records to see who played which instrument, what woman was singing, if a woman produced the song,” she said. “I was always obsessed with women being part of the music scene.”

Her stepdad was a drummer at church, and while he was at work she would play his drums: “I would come up with my own beats.”

“I actually learned how to play the drums by listening to Whitney Houston. I would put on her songs and try to keep up. … I wasn’t the best at it, but it’s how I learned.”

Hemphill’s musical skills grew as she learned all aspects of music. She now considers herself a “sample-based producer.”

When she attended Jacksonville State University in 2000, she recalls “hearing samples from old songs in new songs and remembering them.”

“I would be like, ‘Oh, I know that song. How did they do that? How can I do that?’ That was when the internet was kind of just getting there. … I would stay up all night trying to figure out how to make beats, and I did it.”

It took a while, but Hemphill made her own beats and found a way to profit from them.

“It was hard, challenging, difficult, frustrating because nobody wanted to show me at the time,” she said of the samples. “When that started taking off, people would say, ‘No, you need this machine. You can’t use software to make a song.’ I’d have my computer connected to my stereo, and I would make tapes. I recorded my beats on tape, passed them around in college, and sold them. … The tapes started getting around campus, and people would ask, ‘How much for this beat?’ By the time people wanted to show me, I knew what I was doing.”

Hemphill aims to help women become more visible in hip-hop through her Initiative of Creative Arts, an organization she conceptualized as a result of conducting a class at Birmingham’s A.H. Parker High School in 2012.

“I was in the classroom setting up, and there were a couple of girls and a couple of guys there,” she said. “I kept hearing them ask the teacher, ‘When is he getting here?’ I kind of laughed to myself because I guess they thought I was just setting up the producer’s stuff. So, when all the kids came in and the teacher introduced me, they were like, ‘What! You’re the teacher?’ The girls were excited. The guys left.”

There are many women involved in hip-hop, but they are not well known, Hemphill said.

“There’s always a conversation that often starts with, ‘Where are all the women producers?’” she said. “I can send you a list of women who are running their own labels; putting on events and festivals; working as engineers and in public relations, but nobody’s checking for us—or they don’t care. They want the power to stay in another direction.”

Asked about her influences, Hemphill named J Dilla, one hip-hop’s most significant producers, who died of a blood disease in 2006 at age 32. A Detroit, Mich., native, he worked with notable artists, including A Tribe Called Quest, De La Soul, Busta Rhymes, Erykah Badu, The Roots, The Pharcyde, and Common.

Part of being an artist-in-residence with the Alys Stephens Center, Hemphill conducts a beats-making workshop at the YWCA Resource Center in Woodlawn. This month, students ranging from age 11 to 15 will learn about J Dilla, Hemphill’s “biggest influence.”

“Nina Simone expressed herself and her political views in her music, and I try to do the same with mine,” Hemphill said. “When they closed down [several] Department of Motor Vehicle locations in Alabama, I was so upset that I went into my studio and produced a track called, ‘No Vote, No Voice.’

“I took snippets of President Lyndon B. Johnson and the Rev. Dr. Martin Luther King Jr. talking about the importance of voting, created a moody beat, and put their voices over it. I wanted to show how messed up that situation was. That’s what I try to teach kids: how to use music to express themselves.”