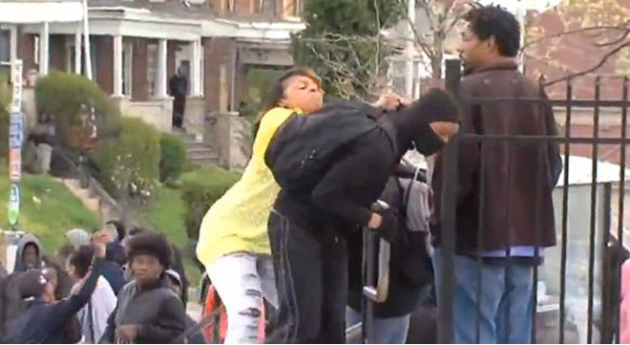 WHY THAT MOM WAS RIGHT WHEN SHE PUBLICLY DISCIPLINED HER SON FOR VIOLENTLY PROTESTING — AND WHY OTHER PARENTS SHOULD DO THE SAME!

By Orrin Hudson, founder of Be Someone 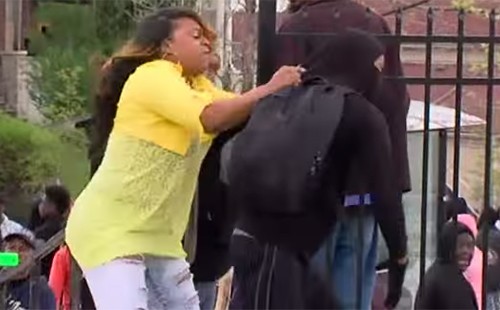 Nationwide (BlackNews.com) — As I watched the video of rioters in the streets of Baltimore, I wanted to cry… For my country, for the city of Baltimore but more importantly, for each and every young person I saw participating. Most of them were high school students, and I want to reach out and touch each one. I want to prove to them they can be someone. Is it too late to convince them they can be contributors? And that they can succeed if they believe in themselves?

I believe there is hope. My heart, however, was enlightened when I saw the video of Toya Graham, the single mom who refused to let her son join the mob taunting police and tearing down the city. You have probably seen it… Is there anything stronger than a mothers true, tough love? She was not about to let her son make the wrong choice. She was not about to give up her dearest position in life to others who didnt care what happened to him as long as they could use him for their own agenda.

I dont know this woman but I love what she did. She served as an example. Each of us must be as committed as she was and is. All that is required for our communities to be destroyed is for good people to sit back and watch them. We got to get in the game and be someone!

That kid was me 40 years ago, and that mom was my mom. Desperate times cause for desperate measures!

We must not give up on our young people and we must convince them they can be winners, not losers. My goodness, we have so much work to do!

Freddie Gray. Walter Smith. Eric Garner. Michael Brown. No matter the color of your skin, there’s sadness when we hear these names – African-Americans killed by police. In each case, there have been community protests. In three of these deaths, there have been violent demonstrations. The latest in Baltimore has left a part of the city in ruins.

Let’s stop the madness, but it starts at home.

Let’s quit making excuses, and quit allowing our children to take to the streets to tear down our society. Quit falling for the lie you cant make it in this world because the deck is stacked against you. I know firsthand you can succeed if you make the right choices. I took control of my life when I learned success is up to me not some faceless “system” that wants me to fail.

I love my country. I believe it truly is a land of opportunity but only IF we take advantage of the avenues to success that are afforded to us. No, its not easy. Yes, it takes determination, focus and grit because admittedly, there are obstacles on any path. Truly, it takes a “knock me down, and get back up” attitude. We must convince our young people to act constructively, not destructively!

Orrin Hudson is the founder of Be Someone, an Atlanta, GA-based non-profit that uses the principles of the game of chess to teach urban youth that there is a consequence for every move – whether on the chess board or in life. Learn more about Hudson and his award-winning program at www.BeSomeone.org.

Watch the Video of Toya Graham and her son:
www.youtube.com/watch?v=dUS7GRlAnlM