TIME TO TAKE A BREAK!!

FULTONDALE SUMMER FAIR is all week until Saturday, Gate opens at 5 p.m. today and Friday and Saturday at 3 p.m. Rides include Expo Wheel, Gravatron, Sea Dragon, Bumper Cars, and much more. There will fair foods and more. Gate admission is $3 per person today and $4 tomorrow and Saturday. The fair will be located on Decatur Highway (Highway 31) at I-65 in Fultondale.  For more call, (205) 538-4508.

SLOSS MUSIC AND ARTS FESTIVAL – A two-day festival is this Saturday and Sunday at the Sloss Furnaces National Historic Landmark.

THIRSTY THURSDAY at the Baron’s game at Regions Field.

COMEDIAN ARNEZ J at the StarDome Comedy Club, this weekend.

FANCY FRIDAYS, 5 p.m. featuring JILLIAN GRAY with YARBROUGH & COMPANY every Friday at Legends on 18th Street North, Downtown Birmingham. This is an After Work Experience hosted by Keely and Tiger and catered by Chef Jones.  Call (205) 212-4406 for more.

MARKET DAY AT MOUNTAIN BOOK VILLAGE, 8 a.m. – 5 p.m. with a European Sidewalk Sale, music and other special events in coordination with the sale.

JAZZ IN THE PARK, 6-9 p.m. at W.C. Patton Park with Elan Trotman and The Rhythms Band. 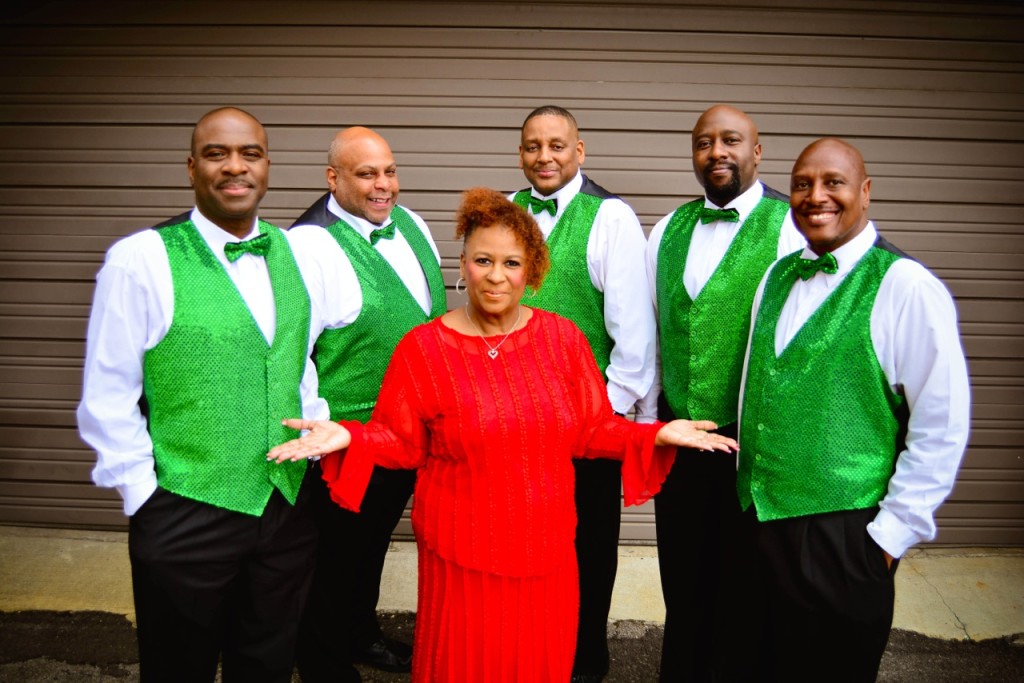 SIP & SHOP at Cotton & Quill in Crestline every third Tuesday of the month.

JAZZ  at the Perfect Note in Hoover at 8 p.m. Friday and Saturday.

TEN ALABAMA ARTISTS: ALL MEDIA EXHIBITION – The Birmingham Public Library (BPL) will feature the work of 10 Alabama artists through August 26 in the Fourth Floor Gallery of the Central Library who are members of the Watercolor Society of Alabama (WSA). The display, “Ten Alabama Artists,” debuts in the Fourth Floor Gallery of the Central Library, 2100 Park Place, in downtown Birmingham and runs through August 26.  In addition to watercolors, the artists will display their prowess in a variety of other artwork including oils, acrylic, collage, ceramics, mixed media, hand-painted lithography, and calligraphy. The exhibit is curated by Jaceena Shepard of Town Creek, Alabama, a well-known practicing artist, exhibition curator, and art teacher. Artists featured include: Shepard as well as Rick Atkins of Athens, Peggy Milburn Brown of Montgomery, Winnie Cooper of Birmingham, Heike Covell of Huntsville, Lyn Gill of Brewton, Lectora Johnson of Birmingham, Charlotte McDavid of Birmingham, Melinda Mathews of Birmingham and Shirley Tucker of Hartselle.  FREE.  For more Call (205) 226-3670.

“DR. MARTIN LUTHER KING, JR & THE CHICAGO FREEDOM MOVEMENT: PHOTOGRAPHS BY BERNARD J. KILEINA is an exhibition by the Birmingham Civil Rights Institute that will display its collection of rare color photos, from July 26 through December in the BCRI’s Vann Gallery. This year marks the 50th anniversary of the Chicago Freedom Movement.  These photographs are some of the only known color photographs of Dr. King in Chicago. Bernard Kleina was a priest in Chicago that wanted to get involved in the movement, who removed his collar, picked up his camera and marched.

SLOW ART SUNDAY is this Sunday, 2-3- p.m. at the BMA where you can unlock the secret works in the Museum’s collection by cultivating the art of looking slowly.

DINO DISCOVERY – THEY’RE BACK! at the Birmingham Zoo where the dinosaurs are returning to the Birmingham Zoo all of July.  This limited-time exhibit features 12 life-sized, North American-native animatronic dinosaurs at heights of nearly 20 feet, weighing almost 7 tons and measuring 85 feet in length. For more call (205) 397-0409.

ALADDIN JR AT CHILDREN’S THEATRE – Disney’s Aladdin JR is an award winning score by ALAN MENKEN, HOWARD ASHMAN and TIM RICE that will send the audiences soaring on a flying carpet ride filled with romance and adventure.  When the street urchin, Aladdin, vies for the attention of the beautiful princess, Jasmine, he uses a genie’s magic power to become a prince in order to marry her. Iago, Jafar, the Genie and more are in Disney’s Aladdin JR a musical adventure filled with magic, mayhem and the power of love. Recommended for:  Children ages 3 & up.  DATES: This weekend – tomorrow, 7 p.m., Saturday, 2 p.m. and 7 p.m. and Sunday, at 2 p.m. This special takes place at the Birmingham Children’s Theatre’s Main Stage.

2016 SUMMER MOVIE SERIES – The City of Birmingham Mayor’s Office Division of Youth Series (DYS) has movies for youth that participate in the Summer Enrichment Program through the library.  Youth read a book, do a report and get a FREE ticket.  MOVIES: Next Friday, July 22 – Ghostbusters and July 29 Ice Age 5.  Call DYS for more information at (205) 320-0879.

CIVIL RIGHTS ACTIVIST MOVEMENT DAY CAMP – This annual camp will be held Wednesday, 9 a.m. – 3 p.m. The camp is a fun-filled day raising awareness and critical educational seminars to promote non-violence, knowledge of self, and individuality with tours, a movies, motivational speakers. With the Civil Rights Activist Movement Day Camp, youth can move closer to eliminating ignorance, discord, and inequality. For registration and more, visit www.civilrightsactivist.org, contact Paulette Roby, Chairman of the Board, at civilrightsactivist.fs63@yahoo.com or call (205) 518-0321.

GROCERIES NEEDED FOR CHILDREN – The Greater Birmingham Ministries is asking for groceries as it is time to collect food for the kids that are home from school this summer. Kid friendly food is needed. Drop off food and clothing any weekday, 8:30 a.m.– 4:30 p.m.  For more information, call (205) 326-6821 x 102 or email sarah@ghm.org.

PREPARED, NOT SCARED CAMPS – Join Sheriff Mike Hale and others for a camp for grades 4- next week at Trussville and July 18-22 at Tannehill.  For more, go to www.freshairfamil.org.

HAPPY HEALTHY KIDS FAIR – Join other children and parents in the Birmingham Area at the Happy Healthy Kids Fair on August 6, 10 a.m. – 4 p.m. at the Riverchase Galleria.

AT THE STARDOME: Every Thursday is Positively Funny Improv.  Check out ARNEZ J….To those in the know Arnez J is quickly emerging as one of the hottest, most talked about comedic artists in the game. His raw energy, talent and comedic skill quickly landed Arnez the coveted hosting slot on BET’s longest-running comedy series “Comic View” for two seasons joining the ranks of hosts such as D.L. Hughley and Cedric the Entertainer. His hilarious new comedy special “Racially Motivated” is now available on Netflix…..all this weekend.  Call (205) 444-0008 for more.  MORE: July 22-24 – RICKEY SMILEY, July 28-30 – RODNEY CARRINGTON, August 12-14 – LESTER BIBBS, August 26-28 – MIKE EPPS, September 16-18 – JOHN WITHERSPOON, September 30 – October 2.  See you there!

If you are interested in fashion, style and live in the immediate Birmingham Area, Birmingham Fashion week is August 25-27 at the Boutwell Auditorium.

The Birmingham Fashion Week was founded on the ideals for bringing unity to our community through fashion. The 6th Annual Birmingham Fashion Week will be bigger and better than ever before. See local and national designers, local and national boutiques, rising design stars, emerging designers with models, make-up and hair artists competing as they showcase their talents on the runway.  Hair and Makeup Artists deadline is tomorrow, Friday.  For more information, go to www.bhamfashionweek.com.

THE CITY OF DA-SH FASHION SHOW,  Sunday, July 24th, at the Bessemer Civic Center.  Doors open at 3:15 p.m.  Show starts at 4 p.m. Postura International and DA-SH magazine is hosting The City of DA-SH fashion show. There will be door prizes, live performances and vendors.  For more information, call (205) 705-2354.