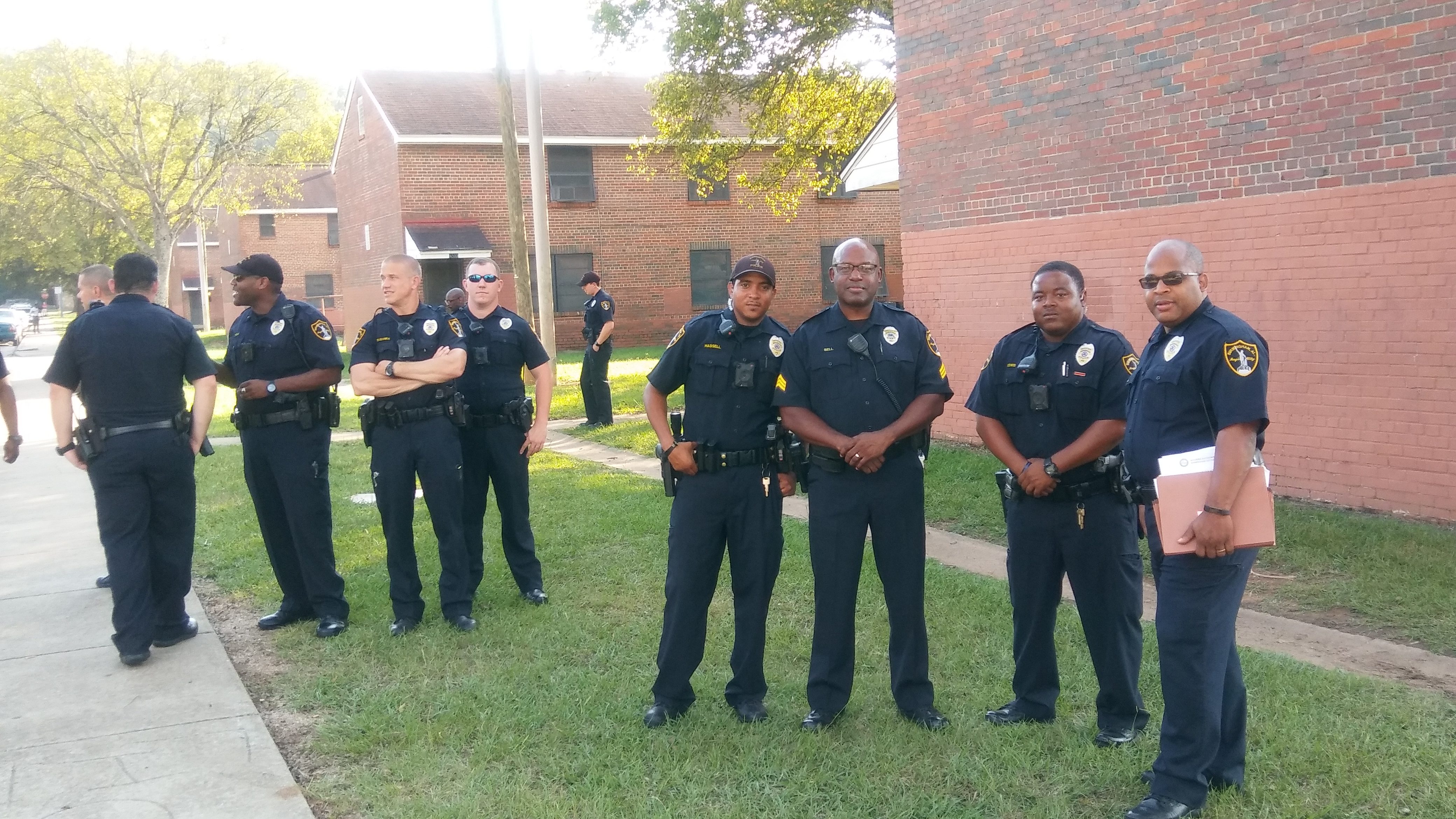 The officers joined with the Housing Authority of the Birmingham District at the public housing complex in a show of solidarity with residents following incidents of gun violence there.

HABD and Birmingham police recently moved their regular bi-weekly meeting to Marks Village in hopes of gaining more community support and to promote a new tip line. Residents are encouraged to call 521-0694 or to email crimetips@habd.net. All calls and emails are strictly confidential.

“Senseless violence has to stop, and it stops today,” declared Jeffrey Gorley, HABD director of public safety. “We’re trying to connect our officers to the community, not just today but throughout. It takes a whole community. We’re reaching out to help us help them. We will look at every tip.”

Marks Village is part of the Gate City neighborhood in east Birmingham.  The visit came after a shooting left a 13-year old boy in serious condition. Another shooting happened there just a day later.

“Any incident of violence is inexcusable, but gun violence that harms our children is especially intolerable,” said HABD President and CEO Michael Lundy.  “We will continue to work with Birmingham police to address these issues, but there is no quick and easy solution. We need everyone’s help,” Lundy said.

“The tip line is just another tool that residents and concerned individuals may use to report crime [and] suspicious activity,” Gorley said. “It’s simple: If you see something, say something. Reports can be anonymous, and we will investigate every complaint. We can’t do this alone. Birmingham police can’t do this alone.”

Expansion of the tip line to include Section 8 came after discussions with Councilwoman Sheila Tyson, who asked for streamlined measures in reporting concerns from neighbors.