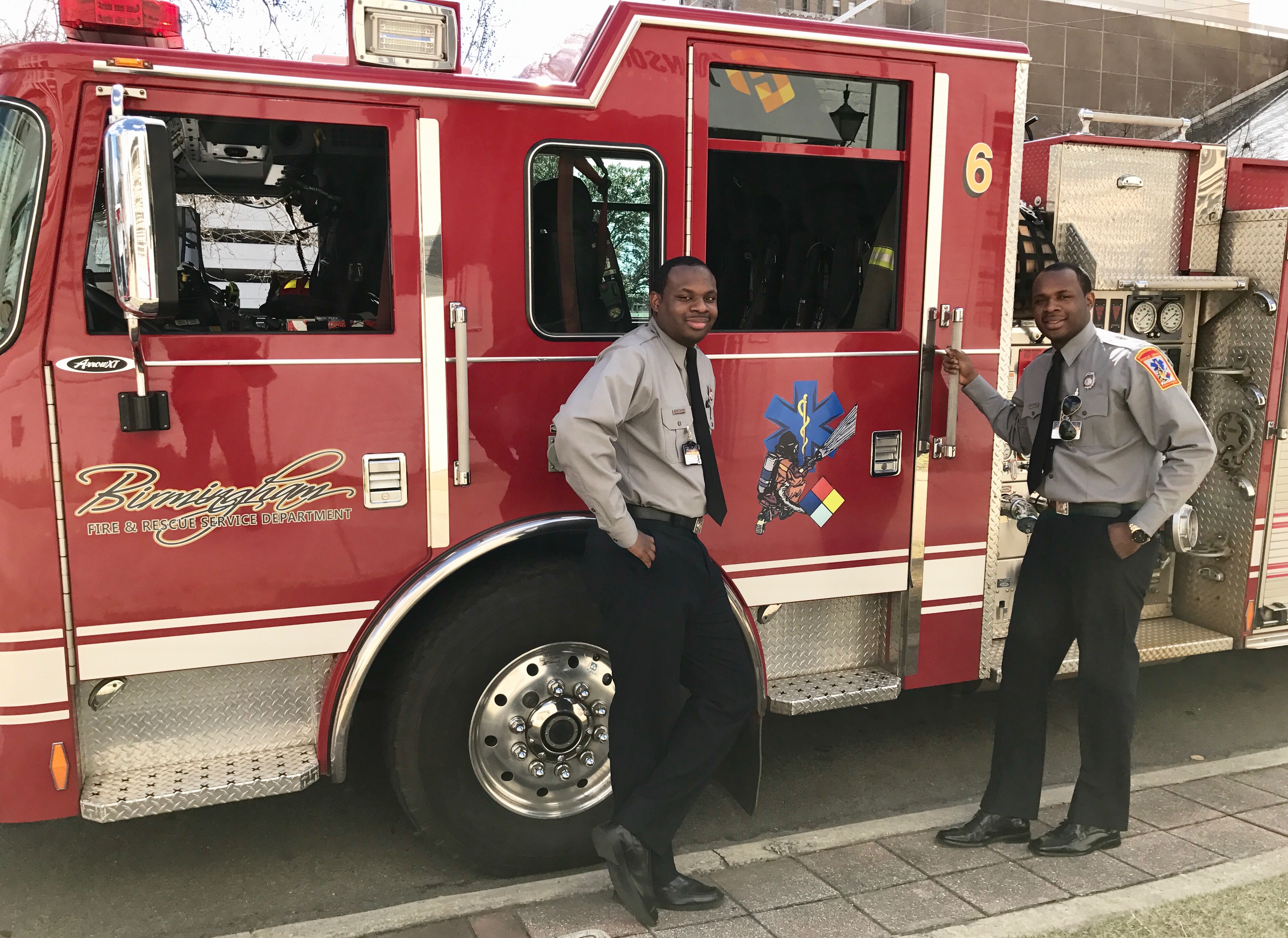 By Chanda Temple
Special to The Times

Growing up in Ensley, twins Rodney and Roderick Myers would see a big, red fire engine pulled into their community and they couldn’t wait to ride their bikes to the scene.

“When the firefighters got off the trucks, they showed us respect,’’ said Rodney. “It didn’t matter that we lived in public housing. They were all about the job at hand. And they taught us how to be men. We liked that.’’

Rodney and Roderick, 29, graduated from Jackson-Olin High School in 2007. And by 2008, they had passed the tests to become firefighters.

In July they will mark their 10-year anniversary with Birmingham Fire and Rescue.

And just like Birmingham firefighters mentored them when they attended Jackson-Olin, Rodney and Roderick did the same this week when they returned to the school to participate in a career fair and discuss what it’s like to work for the department.

“This is not our first career fair. We’ve done them in past,’’ said Rodney. “But we participate in these because we believe it’s important for students to see us and hear from us . . . we grew up in Tuxedo Public Housing. We want students to see us and know that if you want something bad enough, you can achieve it.’’

While in high school, the twins got involved in the Explorer Program to gain hands-on training as they went to scenes with fire fighters but never entered a burning building. And even though they were serious about their career choice, some friends told them they’d never be firefighters because of where they lived.

“I will never take anything from growing up in public housing because it made me the man I am today, but it doesn’t define the man I am,’’ Roderick said. “This is why it’s important for us to show students that no matter your background, you can do whatever you want.’’

“When we were kids, those firefighters showed us the tireless effort and dedication they had for the job. They gave their best, which instilled in me to give my best in school and as a firefighter,’’ Roderick said.

“It doesn’t matter if it’s two in the morning or two in the afternoon, that big red truck and its flashing red lights will be coming. It’s what we do.’’

Chanda Temple is public information officer for the city of Birmingham mayor’s office.