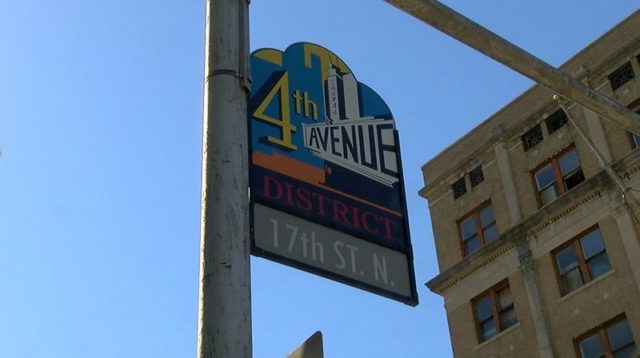 The 2019 Taste of 4th Avenue Jazz Festival will take place on August 24 in the Historic 4th Avenue Business District Downtown Birmingham on 4th Avenue North between 18th and 16th street from 3 p.m. – 10 p.m.

Because of the continued success of the festival, Urban Impact has created a separate 501 (c) (3) nonprofit organization; Taste of Fourth Avenue, Inc. This new organization will produce the Taste of 4th Avenue Festival and accommodate the opportunities to create and produce more cultural and educational events in the historic district and bring vibrancy around the National Monument throughout the year.

As a hub for black commerce and culture during the days of segregation, the Business District is one-of-a-kind. The district set the scene for place makers of yesterday and stands today as a testament to the resilience of a people. Seeking to celebrate the spirit of the district, Urban Impact, Inc. and the Alabama Jazz Hall of Fame, inspired by the “Taste of Chicago,” launched the first Taste of 4th Avenue Jazz Festival in 2003. Now approaching its 16th year, this one-day event has become a popular summer staple and continues to be presented at no cost to attendees.

Urban Impact and the City of Birmingham promise a wide array of activities and fun for the whole family. It will feature a main stage with Regan Whiteside and Birmingham’s Eric Essix. Also, there will be a Health and Wellness Village that will include wellness checks accessible for all. A kid’s zone for children with bounces, train rides, hands- on experiments courtesy of the McWane Science Center.