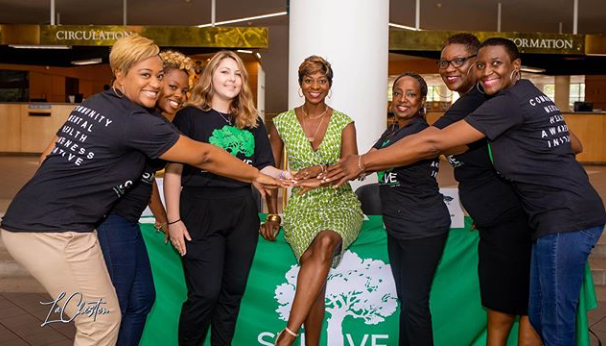 African Americans are 20 percent more likely to suffer from mental illnesses than the general population, according to federal data.

This, in part, stems from the fact African Americans are more likely to wrestle with conditions that can lead to mental illness, such as exposure to violence and homelessness. Blacks comprise 40 percent of the U.S. homeless population, says the U.S. Department of Housing and Urban Development.

Chronic issues of poverty, mass incarceration and financial hardships have increased mental illness and suicide in the African American community, according to the Health and Human Services Office of Minority Health in Rockville, Maryland.

As the national stigma concerning mental illness recedes, black women, much like African American men, are often too reluctant to seek help.  The National Alliance on Mental Illness (NAMI) reports several reasons for this situation including distrust stemming from misdiagnoses, inadequate treatment and lack of cultural competence in treating black patients.

Also, black men and women too often shy away from mental health treatment because of an over-reliance on seeking support from family, friends and religious faith, says NAMI.

Negative perceptions of black womanhood have been shown to cause anxiety and depression where one feels she must remain on guard to protect herself from unfair treatment. These intersecting influences form a complex category of discrimination—known as “misogynoir”—and the racialized trauma stemming from this tends to go unchecked, says Bailey.

Crystal Mullen-Johnson, founder and CEO of Strive Counseling Services LLC, has partnered with the City of Birmingham mayor’s office to develop a community mental health awareness initiative in the form of a monthly learning series. Each session is facilitated by a mental health professional with an overall goal to teach participants practical solutions on how to cope with different issues.

In Mullen-Johnson’s words, the incentive of this initiative is to reduce stigma in the black community about mental health and to raise awareness. “As a private practitioner, I have the opportunity to have one-on-one contact with clients and sometimes they are self-aware,” she said. “I want to commit to those people who lack self-awareness and that’s why it is paramount for me to introduce [this service] to the community.”

Mental health education serves as a focal point in understanding the dynamics of mental health and its disparities in minority communities. Stigmatization is harmful in that it causes reluctance for those in need of treatment, said Mullen Johnson.

Many black women who believe they have developed a psychological disorder fear they will be shamed by others for seeking help. Mullen-Johnson strongly advocates for these women to speak out about their mental health rather than suffer in silence.

“The mental health crisis is definitely problematic in the community and I think we should understand and acknowledge that one in four [black women] suffer with depression,” she said.

Coretta H. Collins, MSN, FNP-BC knows firsthand the effects of mental illness on those she serves. The bond she creates with her patients opens a door to learning more about their mental state while they undergo medical treatment. Collins says that the correlation with a patient’s mental and physical health is overt, where their physical health coincides with their mental health and vice versa.

“I primarily work with patients who have cancer, so a lot comes with receiving a cancer diagnosis. So I encounter a lot of patients who sometimes have preexisting anxiety and depression,” Collins said.

Collins engages her patients by giving them mental health screenings to assess whether they feel they are suffering from depression. There is usually a lack of awareness from the patient on what actual depression feels like, so uncertainty lies in whether one should be treated for such.

Many black women may be unaware of the common symptoms of depression, writing them off as everyday feelings of sadness, Collins said. Community outreach efforts help with the inability to recognize causes and symptoms, especially how both can put someone at a greater risk.

The openness of conversations regarding mental health, Collins said, benefits black women in particular by acknowledging that they are not alone in their struggle. They should be made aware that the issues they face with their mental health should not be dealt with alone.

If one fears they may be experiencing a mental health crisis, you should,

A great motivator for reaching out for help is making note of how you are currently feeling. You are most likely interested in reclaiming your life after having it overtaken by mental illness. What must be understood is that mental illnesses are not unique to a sole population and seeking treatment is a legitimate form of self-care. Remember that the desire for self-improvement should always take precedence over fear and the opinions of others.

Drew: What It Means — And Doesn’t — To Be Fully Vaccinated 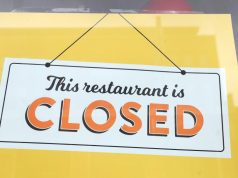