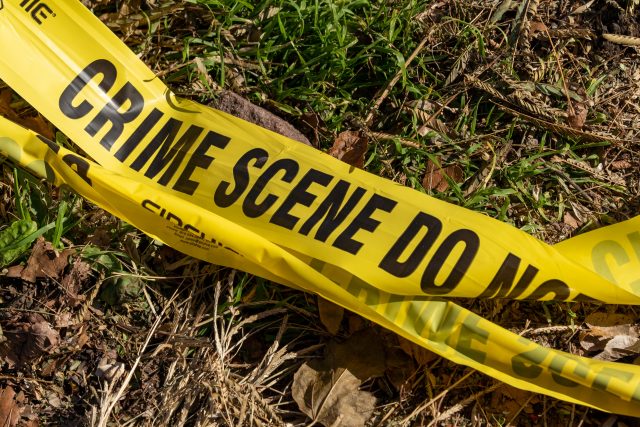 This is another installment in The Birmingham Times/AL.com joint series “Beyond the Violence: What can be done to address Birmingham’s rising homicide rate.” Sign up for the newsletter here.

While homicides reached record levels in the City of Birmingham in 2022, there’s a “crime prevention strategy” many may be overlooking, said Allison Dearing, Executive Director One Place Metro Alabama Family Justice Center.

“I want to stand on the rooftop and say, ‘if we want to drive down homicides in our community, we have to be looking at domestic violence; we have to recognize that these are precursors to additional crimes.’ This is a crime prevention strategy,” Dearing said. “If we can put resources and awareness to domestic violence crimes, we have a greater likelihood of reducing the number of homicides that are happening in our county.”

Birmingham ended 2022 with the families and friends of 144 homicide victims left grieving. The year was deadliest in recent history and only a few homicides short of being the deadliest in the Magic City’s entire history. The highest number of homicides recorded in recent memory was 141 in 1991.

Though the city saw a dramatic increase, homicides in all of Jefferson County were down over 2021. There were 194 homicides countywide in 2022, compared to 213 in 2021.

Still, according to 2022 figures from One Place, 69 percent of known homicide offenders had a domestic violence history.

Dearing believes an access to firearms can account for an increase in incidents. “The likelihood of someone being killed with a firearm in a domestic violence situation, if there’s a firearm in that home increases by 500% to be killed with that firearm,” she said. “So I think the access to weapons is something we have to pay attention to. I think there are opportunities that we have to ask better questions about whether or not an offender should still have access to a weapon, if he’s had a protection order entered against him, if he’s had a misdemeanor domestic violence conviction; the law says that they should not have access to a firearm if those things have happened. And yet, in a lot of cases, there’s no compliance, there’s no one going behind and checking to monitor to see if that firearm was ever relinquished.”

Cleola A. Callahan, Senior Director of DVS & Shelter Services, YWCA of Birmingham cites additional reasons for “an increase” in domestic violence calls which began during the onset of the COVID-19 pandemic, she said. “There has been a loss of jobs, lack of stable and affordable housing which means victims are more likely to stay until the violence escalates,” she said.

“We are seeing [victims] reach out and shelters are at capacity. That includes the domestic violence shelters, homeless shelters and other support programs and that just usually means that external factors speed the fires as it relates to domestic violence.”

“Over 90 percent of the domestic violence cases happening across Jefferson County are charged at a misdemeanor level, and [for] some of them that’s the appropriate charge, but oftentimes, given more information from a victim that a law enforcement officer might be able to get in, while investigating that case, or responding to a request to file a police report. Sometimes those crimes could be charged at a felony level,” said Dearing.

She added, “what we know is the misdemeanor crimes really matter. Often an offender will have multiple misdemeanor charges, which are the lesser kind of offenses, before they ultimately kill their victim. What we are learning is that we have to take those misdemeanor crimes seriously. It’s just important to understand them as often precursors to other more serious crimes.”

According to Dearing, One Place offers opportunities for victims to have access to resources including a multidisciplinary team that responds to different needs.

“If they’re interested in seeking of protection from abuse order, they had the option of meeting with an advocate or a case manager if they want to do safety planning to figure out what their next steps might be, or if they’re needing shelter, or transportation to another state in order to escape the relationship. Getting those resources to victims is critical.”

Asked how crimes related to domestic violence can be prevented, Callahan said there are several steps. “Helping people recognize the warning signs and watching for red flags, providing community education, boosting your community support through network technology and social media campaigns,” she said.

“The main one for me is listening to victims whether its friends, family members, co-workers, professionals such as police officers and Emergency Medical Technicians (EMT) and social services agencies. When victims tell you things are happening believe them. Once they tell you be resourceful. Being aware of what resources are available. We have a 24-hour crisis line, and we are constantly trying to keep people informed about that and having an intervention and safety plan are the main leading ways that we can prevent domestic violence.”

Previous installments of the series:

How One Birmingham Area Partnered with Police to Curb Crime; While Others Live in Fear | The Birmingham Times

As Gunshot Wounds Increase in Birmingham, UAB Adds Surgeons to Handle the Surge | The Birmingham Times