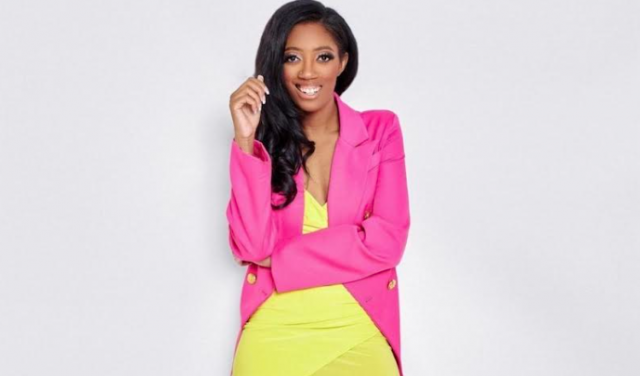 After her daughter, Sybella, was booked as an orphan in the blockbuster 2018 film Black Panther, K’la Inman was flooded with calls.

“People were really interested about how we got her in it. Therefore, I started doing consultations for like $35, and one-on-ones for $35 and the business kind of grew from there.”

Business grew rapidly due to word of mouth and Inman found herself being booked constantly and learned she could make residual income.

Inman, now owner of Getting Started Acting Modeling Workshops located in Trussville, AL, said the business has grown in ways she never imagined.

She remembers making her first post on Facebook stating, “I can help you get started modeling for $35.”

Inman said she and her family had just come out of homelessness and “we were dead broke living in a 900 square foot house in Titusville with six people (husband and four children). We had all of this attention [from Sybella’s part in Black Panther] and no money. That’s’ when I said I’m gonna do this.”

Inman consulted with clients and did one on one sessions with her clients at local libraries or Starbucks.

“I think maybe the third person I met with ended up booking at a [baby company ad].  Then word of mouth really is how it took off. It grew tremendously. I have never ran an ad or paid for advertisements. It grew because people were getting results.”

The business grew so rapidly that her clients began to book television shows and movies and she upgraded to renting [Studio 2031 in Pelham) in 2020 from working out of libraries and local coffee shops.

“I always tell stories about God because none it makes sense,” Inman said. “I don’t know if it’s because people were home, and they had time to think about what they wanted to do but, in April 2020, we did our first $10,000 month, and I was amazed. I was like, ‘Oh my gosh, this has to be the ceiling. There’s no way we’re going higher than this,” she said.

She remembers receiving a message on Facebook from someone saying congrats on the $10,000 month, 20 is up next.

Inman said her business has many facets. “That consists of us getting [clients] signed to agencies, educating them on the processes of getting into the industry, and especially how to avoid some of the scams that are out there. Because there’s a lot of misinformation when it comes to acting and modeling. So I just help them to avoid some of that kind of stuff,” she said.

According to Inman, often scammers will go to different towns and host auditions for actors and models.

“Typically it’s going to be at a hotel. They (the scammer) will call you the next day and say ‘that you made it’ but really they just want money. Next they will tell you you have made it into some sort of program that will consist of them training you for modeling or acting and that they’ll put you in front of agencies,” Inman said.

Initially, when this happen the scammers will choose almost every individual who auditioned to get their hopes up.

“Then they charge each individual a lot of money and they (the person that auditioned) gets nothing out of it,” she said. “You should never pay an agency. They make money once the client makes money.”

During a recent interview with Birmingham Times Inman pointed at the wall with some of her clients, pointing to one photo and saying, “This kid right here, he’s one of my favorite. His mom had been scammed four or five times and she had spent over $7,000 with different places that weren’t legitimate. She found me on social media and watched all of my videos to make sure I was legit. I have over 100 videos on my page Link and she) watched every last one and then finally reached out.”

Since working with Inman the child received three offers from talent agencies and got signed to two of them.

“It’s my dream to help them fulfill theirs so I would say it’s the most meaningful thing that I’ve done in work,” she said.

Since launching her workshops, Inman says 90 percent of her clientele has experience people running scams which in turn lead them to finding her.

Aspiring actors and models can attend workshops that she hosts once a month.

She said, “the first half of the workshop is a classroom setting and me giving out information about the industry. The second half we do professional photoshoots for those in need of headshots and resume building.”

In addition, parents have the option to purchase packages which range from $150 to $2,000.

“We offer courses where people can do the work themselves and it’s jammed with a lot of information or they can do my VIP program where we do a photoshoot, and their resume and casting profile,” she said. “Put the package together then present it to agencies for them.”

Inspired to Help Others

Growing up in New York, Inman aspired to be an actress and model. “I just didn’t have the resources and no one in my family knew what to do or how to do it,” she said.

After graduating Clay Chalkville High School in 2008 and marrying her husband Kalep in 2008 Inman decided to pursue her dreams of becoming an actress and model.

“I kept running into different scams. That’s how I know about them. I would pay all this money at these hotel auditions and then the agency would literally disappear. Just by trial and error, I kind of figured out what to do and what to stay away from. That’s when I learned that you don’t pay agencies up front,” she said.

When people would reach out to her on social media asking for resources when she was acting and modeling, she thought then about hosting workshops and courses teaching people on how to get into the industry but she didn’t pursue it until her daughter got the part in Black Panther.

“It was the best time because we had a lot of attention on us,” Inman said.  “We met the mayor of Birmingham , we were in the newspaper, and we were on every major news network in the city. It was really a big deal in Alabama but no one in Georgia would care because she was just an extra not a main character. But that taught me people just didn’t know [how to audition for movie roles] and that’s why they were so excited about it. That’s when I said, ‘well ok this is my opportunity to teach.’”

The Power of Social Media

With such large following on social media (100,000 on Instagram) Inman has the attention of locals but also celebrities such as singer Ne-Yo’s kids, television personality Erica Mena’s kids, rapper Da Baby’s daughter just to name a few,” she said.

Most of her clients have booked commercials and ads with corporations like WalMart, Sesame Street, Finish Line, Nike, Baby Ford, Nickelodeon and more.

Although Inman’s primary focus is kids as early as two weeks she consults and offers her services to adults as well.

Asked what her ultimate goal is for Getting Started Acting Modeling Workshops she replied “To expand and get other locations in different regions so that people have a place to go to receive services like this and get legitimate information.  I do work remotely but I would like to have other locations, maybe in New York or Atlanta.

Inman credits her clients for inspiring her to keep going.

“I’m an absolute people person. I just give a whole lot even to strangers. I just want to help people in any way possible. So this business has really become ministry for me, because I’m able to meet so many people … and people message me and say like, ‘I was drawn to you for some reason’, or ‘I trusted you for some reason’. I had a message the other day from a lady and she said she came across one of my videos, where I was just talking about my journey and about God and it literally changed her life. I get messages like that all the time.”

Inman said she’s proof that dreams do come true. At the beginning of 2020 we had no car. Our $700 van broke down on the side of the road. So if you can imagine how fast things have changed to be able to be here and driving my dream car and living in my dream house. I just want people to know that anything is possible.

However, said her biggest accomplishment is helping some of the parents and kids live their dream.

“Our slogan is, ‘your dream, our team, real results,’” she said.