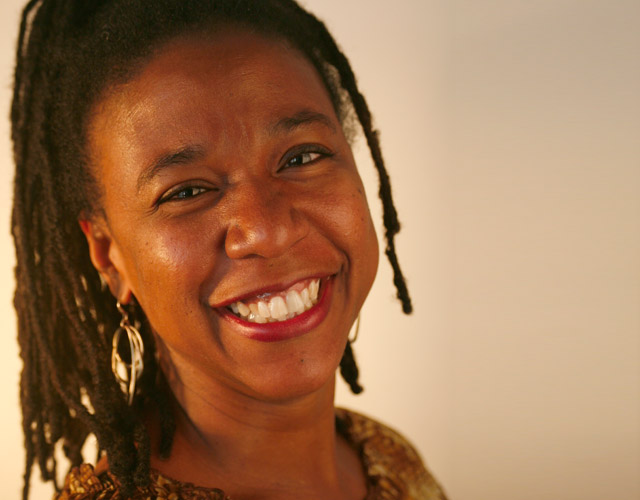 NEW YORK (July 7, 2015)—Leslie Fields-Cruz, executive director of the National Black Programming Consortium (NBPC), the nation’s primary presenter of stories on the black experience on public television, has released the following statement in the wake of recent attacks against black Americans:
It’s been 21 days since the terrorist attack in Charleston, South Carolina.  You’ve watched the news clips, listened to the experts. You’ve checked your social media sites regularly, liking, sharing and commenting. You’ve signed online petitions, attended marches and joined prayer circles. You explain to your child—yet again—what systemic racism is about and why someone would shoot innocent people in a church, why a government would disenfranchise 250,000 black Dominicans of Haitian descent, why a police officer would deliberately throw an African-American teenage girl to the ground at a pool party, why another unarmed black man has been shot by the police, and why news agencies avoid reporting on the series of black church burnings, even when there’s a historic precedence that relates such burnings to acts of hate and racism. As the words pour out of your mouth, you recognize this as an age-old conversation had between a black parent and their child—a talk that is at least 400 years old.
“OH, MAKE ME WANNA HOLLER AND THROW UP BOTH MY HANDS.”
Never have the words of Marvin Gaye’s song “Inner City Blues” rung so true. For the millions upon millions of black people who consciously and unconsciously defy racial stereotypes on a daily basis, watching the events of the Charleston Massacre play out is like being in a wind tunnel. The forces of the winds pummel your body, as you struggle to take each step forward. Suddenly, a wind ten times stronger than the others causes you to lose your footing. You’re flying through the air, reaching for anything that will stop your backward trajectory.  You finally grab hold of something, steady yourself, and look up. You have traveled so far back, and still, the wind blows.  Why continue the walk? You are tired, after all.
If we are honest with ourselves, systemic racism is not likely to end in our lifetimes, our child’s lifetime or even our grandchild’s lifetime. But it’s when the media trucks have rolled out of town and the social media users are back to commenting about the Kardashians, that we must draw upon the resilience of the ancestors, gather our reserves, renew our partnerships, stand together with our allies and move forward. No, it’s not to continue the dialogue, but to advance it.
The National Black Programming Consortium has engaged in a dialogue about race and discrimination for more than 35 years. We have done so by funding documentary programs
that enlighten Americans about the black experience—on public television and beyond. Below is a short list of titles that explore how many Americans have confronted race and discrimination—from the Freedom Riders of the civil rights era, to the black photographers whose pictures of everyday African-Americans served as a form of self-affirmation. To advance the dialogue, I have invited my colleagues of the National Minority Consortia to provide additional titles that will broaden the dialogue about race in America beyond the black-white dichotomy. If we are sincere in our efforts to change how we address race and discrimination in our country, it will take the efforts of all Americans, black, white, brown, red, yellow, gay, straight, trans, Christian, Jewish, Muslim and atheist.
My charge is for you to use this list and become active viewers.  Parents, if you sit at home with your child to watch a program, keep a laptop or tablet close by so that you can search for answers as soon as the questions come to you. Educators, work with your parent-teacher associations to set up public screenings at your school followed by a group discussion. Many films on this list include discussion or curriculum guides to help you facilitate a dialogue.  Teens and young adults, get together with your friends, decide on what to stream, watch it, and then hold a Twitter discussion. Politicians, screen a film to discover topics from which you can connect legislative policies that have helped or harmed the battle to end discrimination in your community. Share that information with your constituencies. The best solutions to a problem occur when people engage in dialogue.
For our part, NBPC will continue to add titles to this list and, whenever possible, make a program available for streaming on our website, blackpublicmedia.org. The more we understand our collective pasts, the better equipped we are to find the solutions that will bring all Americans closer to a just and more equal society.