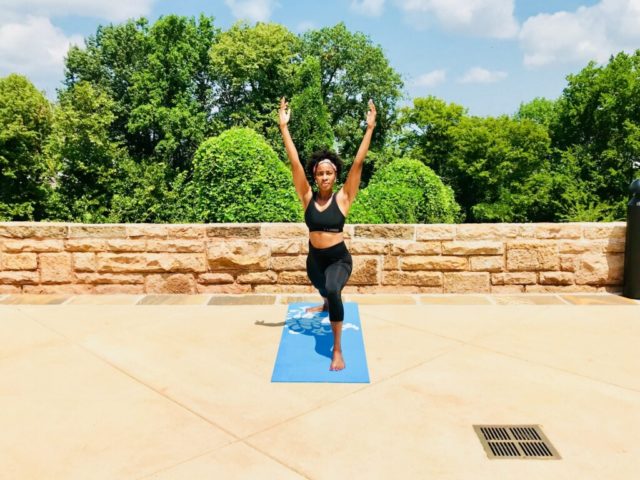 Sherilyn Garner once considered herself “a cutter,” meaning she would take a box cutter and slit her wrists whenever she was stressed.

“I felt like I needed to relieve that stress and had no other way of relieving it because I didn’t have anyone else to talk to,” she said. “I grew up in a household where mental health and especially suicide were taboo subjects, and before long inflicting self-harm no longer did it for me. I needed something more.”

Garner, 30—who founded the nonprofit organization A Friend of Mind (AFM), which deals with suicide prevention—remembers when she felt like she’ d had enough.

“One particular night, … I had already taken some pills before I texted [my best friend]. … When I finished texting her, I had some more pills crushed up on the mirror and started to snort those in addition to the ones I had already taken. I remember lying in my bed and thinking, ‘This is it.’”

“When I got to the hospital, the doctors pumped my stomach and gave me that nasty [activated charcoal, which is sometimes used to help treat a drug overdose or a poisoning]. It did the trick because I vomited everything I had ingested. After that, I don’t remember anything else,” said Garner, who was 15 at the time.

When she woke up the next day, Garner was diagnosed with depression and told she would be spending the next 10 days in a behavioral facility in Birmingham.

After leaving the facility, “nothing changed,” she said. Still, she pressed on, dealing with her depression on her own.

Garner, a native of Demopolis, Ala., was raised by her mother and with her younger brother. She graduated from Marengo High School in Marengo County, Ala., in 2007 and went on to attend the University of West Alabama, where she majored in biology on a medical track. While in college, she was still battling her depression, which she dealt with by drinking and partying.

“I found myself consuming more alcohol than I had ever consumed, … and had no idea why I wanted to drink as much as I did,” she said. “I was left to cope on my own and most of that time, especially when I was still at West Alabama.”

Ultimately, Garner earned a bachelor’s degree and continued her studies, enrolling in graduate school at the University of Alabama at Birmingham (UAB), where she also sought help for her depression. In August 2016, she began seeing a therapist, which was a very emotional experience.

“Even though those experiences were traumatic for me all those years ago, I was able to realize, ‘OK, I survived. I made it through, and now I’m beginning to learn how to talk about my situation. I’m learning how to properly process all of my emotions,’” said Garner, who earned a Master of Public Health degree from UAB.

A Friend of Mind

Garner is still in therapy, but now she gets to help others.

“My grandmother raised me in the church,” she said. “Through the church, I was involved in a lot of youth programs, … and in 2015 I started [thinking about] starting a nonprofit [to help young people deal with depression].”

“I was talking to another person who had started a nonprofit, and I expressed my goal of wanting to start my own,” she said. “That person was willing to meet with me and help me get started.”

The result: A Friend of Mine (AFM), founded in July 2018. The organization’s mission, according to its website, is “… to provide youth with the tools to mitigate psychological stress using culturally tailored and targeted mental-health outreach programs, training, and advocacy.”

AFM empowers youth to face mental-health challenges using strategies such as yoga and mindfulness to eliminate stigmas around the issue. The nonprofit has two main programs: “Question. Persuade. Refer. (QPR) is an interactive program that empowers individuals and communities to effectively intervene on behalf of suicidal and in-crisis people,” according to the organization’s website; it involves training, through which young people and some adults are asked questions relating to suicide, including “Are you thinking about killing yourself?” “Do you have a plan?” “Have you considered harming yourself?”

The other program—Peace, Love, Youth (in) Yoga, or PLY2—is a mindfulness-and-yoga session that’s offered in four-, six-, and eight-week sessions. “[Each PLY2] session is an hour long. It starts with meditation, goes into some basic yoga poses, and [wraps up] with another meditation segment and … journaling,” said Garner. “We also have Mindful Mondays, a [weekly] mental-health support group for women, but we mostly work with youth and their families.”

The organization has a mentorship arm, too: Mind Set Go, which creates sustainable and supportive mentor relationships for children in need ages 8 through 21.

Since its inception, AFM has helped more than 200 young people in Birmingham and has trained close to 200 people as suicide-prevention gatekeepers. Still, Garner often thinks about the many suffering in silence like she once did.

“One in four people have or will experience a mental illness in their life, and this includes children, and only 30 percent of people actually receive treatment,” she said. “We are teaching kids positive ways to cope, manage their stress, express their emotions, … identify a suicide crisis, and intervene if necessary. … All of this contributes to eliminating the mental-health disparity among our youth and their families.”

To learn more about, donate to, or volunteer with A Friend of Mind, visit afriendofmind.org. You can follow them on Facebook and Instagram @A Friend of Mind. 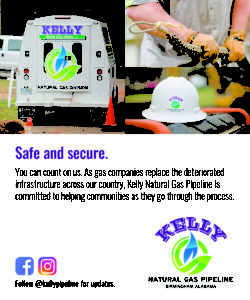