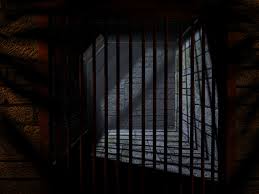 MONTGOMERY—Attorney General Luther Strange announced the conviction today of a woman for murdering her husband in Lee County by running over him with her car. Tiffany Andrews, 29, of Russell County, was found guilty by a jury in Lee County Circuit Court this morning following a week-long trial. The victim was Michael Andrews, 33. He was a member of the U.S. Army serving at Fort Benning, Ga. Sentencing is set for June 24.
Evidence was presented at trial that the couple had been arguing for days about plans for a divorce, culminating in Tiffany Andrews’ murder of Michael Andrews on the evening of July 1, 2012, on Lee Road 248. Witnesses testified that she had a pattern of chasing him in her car, and that she had been seen doing so earlier that night. A state trooper who is a reconstruction specialist testified regarding forensic evidence that Michael Andrews’ body had been run over by Tiffany Andrews’ car: dents on the undercarriage indicated something soft had been hit very hard, leaving an imprint from his jeans and his belt. In addition, DNA material found on the undercarriage matched that of Michael Andrews. Furthermore, Tiffany Andrews stood to benefit from a $400,000 military insurance policy if Michael Andrews died while they were still married.
“I am pleased that we are able to deliver a measure of justice for this victim who served his country,” said Attorney General Strange. “Tiffany Andrews callously and brutally killed her husband, and now she will be held accountable for her crime.”
Attorney General Strange commended those involved in the successful prosecution, noting in particular Assistant Attorney General Stephanie Billingslea, chief of the Criminal Trials Division; Assistant Attorneys General John Hensley and James Rutter; Paralegal Lori Arnold, all of the Criminal Trials Division; and Victim Service Officer Ashley Harbin of the Attorney General’s Office of Victim Assistance. He thanked the Lee County Sheriff’s Office, noting in particular Investigator Katie Bonham; Alabama State Trooper Philip Ray; the Russell County Sheriff’s Office and the Phenix City Police Department. 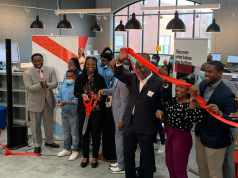