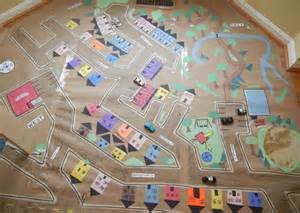 BIRMINGHAM, Ala. – The requests have been made, and Birmingham City Councilors have heard the concerns. Residents are asking that as city leaders work to put a new budget in place, they refocus their efforts on the core of it all…neighborhoods. After hosting four budget tours as a part of an educational series on learning how the budget works, Councilors were able to gather input from residents on what they felt should be the focus for city leaders as they look to continue to move the City forward.
“We’ve heard loud and clear the concerns that our constituents have and we will make good on our commitments to our neighborhoods. For some time now our focus has been on growing Birmingham, and looking at ways to bring new development to our City. If you ride downtown now, you’ll see that we definitely accomplished that feat,” said Council President Johnathan Austin. “Now with that success, we agree that it’s time to re-shift our focus to neighborhoods, and we plan to do just that.”
That focus on neighborhoods will include added investment to the beautification of those communities including but not limited too, cutting overgrown lots, tearing down abandoned homes, and paving more streets in our communities. A big part of the refocus on neighborhoods will also include outlining a detailed strategic plan that will allow the Council to not only plan for the future, but to also have a guide by which they can measure success. In a memo that has been sent to Mayor Bell and his administration, the Council is requesting that they collaboratively work to layout this strategic plan.
“In reviewing the budget, we fall short of exacting a strategy to address the neighborhoods, transportation, education, employees, and our maintenance needs that will propel this city forward,” said President Austin. “There are many components to each of these categories and there needs to be a strategic plan brought forth as to how we are going to fulfill our commitment to make Birmingham a premiere City—best in its class.”
The Council has begun their formal work sessions to collectively speak to the issues of concern. The second budget work session recently took place Monday, June 29th, and more are scheduled for the coming weeks. The Council is requesting that the Mayor and his staff work collaboratively with them to ensure that all inquiries surrounding the budget are addressed in a timely manner so that this process will not be further delayed.