Jurnee Coleman died from her injuries at Children’s of Alabama her father wrote in a Facebook post Wednesday.

On Sunday night, Jurnee was struck in the head by a stray bullet in the Marks Village public housing community in Gate City. Jurnee was taken to Children’s for treatment and remained in critical condition until her death.

Birmingham Mayor Randall Woodfin offered his condolences to the family on Wednesday.

“Our hearts are so heavy today as we mourn the passing of 4-year-old Jurnee Coleman, who was hit by a stray bullet Sunday night,” said Woodfin. “This is a young girl who will never be able to fulfill her potential. She will never have the joy of experiencing graduation with her peers or achieving her career aspirations. Her family will never know the woman she would become. Those hopes, dreams and aspirations have been cut down by the bullet of a careless, selfish gunman. All that is left is a void that her family must struggle to fill. So, we must pour into them.”

They mayor asked for prayers and support for the family in his post as he did Tuesday evening during the Birmingham City Council meeting.

A suspect is in custody in connection with the shooting. The Birmingham Police Department has charged Raymond Shine, 38, with attempted murder and certain persons forbidden to possess a firearm. The investigation is ongoing.

WVTM 13 and CBS 42 contributed to this report. 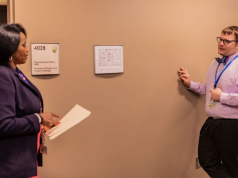