Birmingham is the most populous city in Jefferson County and also in the state of Alabama.

Lynniece Olive-Washington also made history when she won the Bessemer Cutoff District Attorney’s office over Bill Veitch, becoming the first African-American and first woman to hold the position.

“I feel honored…that I’m allowed to be the chief law enforcement officer and I understand that I have a lot of work to do,” Olive-Washington said. “I welcome it.”

Part of that work includes reinforcing bonds between the police and the community, she said.

“If the police want to protect and serve neighborhoods, then the neighborhoods have to be able to receive them,” she said. “…In correlation to crime, you’re going to need both [police and residents] to deter the crime that’s going on in the community.”

Harris Johnson said the number of black women in law schools continue to grow as well as in other occupations. “I’m sure that if you probably looked at the statistics either in law school or the national the statistics there probably are more black females that are in law school and even in medicine. I think females are coming into their own. Black females in my mind have always been strong and I’m saying that from a different perspective. I grew up around strong women. And I didn’t know anything except strong women.”

Harris Johnson and the other judges said they were not elected because they are black females.

“I came out successful this time number one because of God, my perseverance and determination,” she said. “I’ve always believed what happens to me it’s in God’s will and he has a plan.”

“I have always told my children never let anybody decide what your dream will be – not even me – or who will bring your dream to fruition – not even me,” Harris Johnson said. “So, I have to set myself as an example. This isn’t my first time running for a race. I’m not a politician. I don’t like politics. The only thing I liked about campaigning was meeting the people.”

Johnson, who grew up amid legal segregation in Birmingham Alabama, said she made up her mind during that process to “never, ever, ever treat anyone unfairly, differently or badly because of a circumstance or a status over which they have no control . . . there are a number of statuses and I don’t see that across the board when I go to court and representing clients.”

French said “serving as a judge is the biggest honor of my entire career and I’m humbled to be able to continue the work that I’ve done. I’m grateful for the opportunity to keep up that work. …I hope to continue to inspire the younger generation to keep working hard. With hard work and with God’s blessing, they will be able to succeed and do the things they need to do and what the community and the country need from future leaders.”

French added that her win was about leadership and experience. “I think the people don’t necessarily just support you just because of your race and gender. I think voters expect more than that. They look at our qualifications and make a decision about who they can trust with the leadership position,” she said. 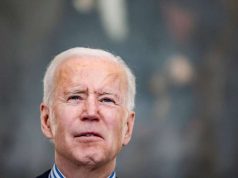