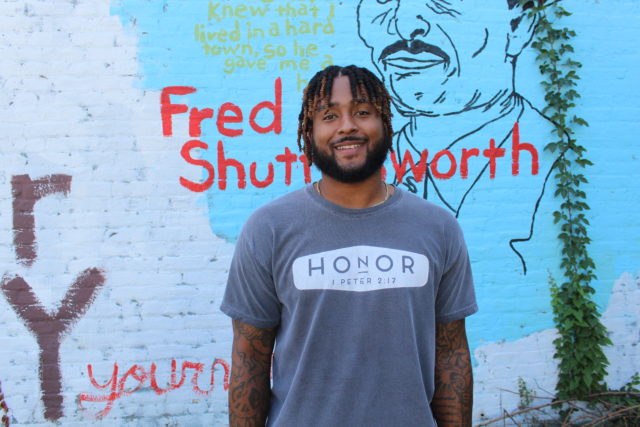 At age 18, JC Swoopes had a heart condition that took away his ability to play sports and nearly his life, but it led to a passion he wholeheartedly embraces.

Swoopes, now 26, is a filmmaker and graduate student at the University of Alabama at Birmingham (UAB). He’s the founder of Free Spirit Apparel, a clothing line that uses profits to help homeless people through efforts like creating care packages and providing support services, such as sidewalk haircuts given by volunteer barbers. He’s also a partner in the DoReMe—Discovering Ourselves, Revolutionizing Earth, and Maintaining Enlightenment—Media Group.

Indeed, Swoopes has come a long way since his days of being a star football player, one whose career ended because of a heart condition.

As he prepared for his senior season at Decatur High School in Decatur, Ala., Swoopes went to a doctor and was told his “heart was beating at 57 percent.”

“My heart would never get better,” Swoopes recalled. “[The doctor] pretty much told me I was going to die, [and] I’m hearing that at 18 years old.”

As a star athlete, Swoopes, who had handwritten letters from the University of Tennessee, Louisiana State University, and a lot of small colleges, knew his athletic career was over.

“I was definitely going to play college ball, and then I had heart failure,” he said. “I used to move a lot, and it slowed me down. … It made me think more about my decisions and the things I want to do in life. It made me appreciate time, too.”

Swoopes began to focus on other areas of love.

“Life is too short, so I don’t want to spend my whole life doing things I don’t love to do and then end up regretting [it],” he said. “I know a lot of people who always tell me ‘I wish I would have done this. I wish I would have done that.’ I don’t want to be that person. … I felt like I almost died four times with my heart, so I know life can be taken away at any moment.”

“It was kind of something God put on me,” he said. “I’ve always liked fashion. I love clothes. … He kind of put it on me just to start giving back and helping people. Now, I’m thankful that it happened.”

Working with the clothing line led to photos and videos because “I got tired of paying people to take my photos and videos,” said Swoopes, who eventually teamed up with DoReMe Media Group co-founder Carey Fountain.

DoReMe has partnered with the Cahaba River Society to create short videos for the “What Litter Ends Up in Your River” campaign.

“It’s [about] our drinking water in Birmingham,” Swoopes said. “After doing the videos, I learned so much. … I didn’t know how much the environment was affected by humans [dumping things] like cigarettes and plastic bags. I didn’t know the extent to which it was killing our environment.”

This is not the first time Swoopes had done environmental videos; he created a four-minute documentary about Hurricane Michael, which devastated Florida in 2018. The Cahaba River project was more personal, though.

Helping Those in Need

With proceeds of his clothing sales going to homeless people, Swoopes hopes his business can help raise awareness about those in need. He has always given away shirts to the homeless, but recently handed them shirts that carry a message for others to see: “I’m Still Human.”

“My goal is to raise awareness of homelessness in Birmingham through fashion, while also making those who read the shirts, some who may have prejudged [a homeless person], more conscious of their thoughts,” Swoopes said. “I do it for myself, personally. It’s just something on my heart. I can’t explain it.” 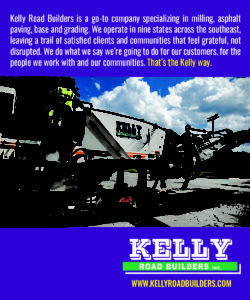 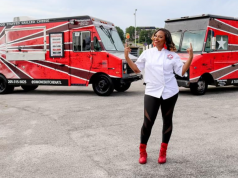 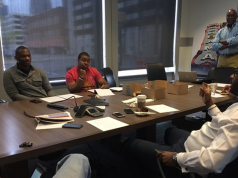