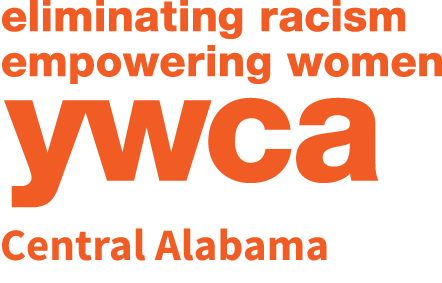 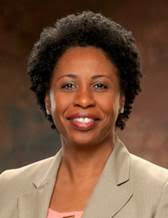 LaRhonda Magras, Ed. D. has been elected CEO of YWCA Central Alabama and the appointment is effective September 1, the Board of Directors announced Tuesday.

“For her entire career, LaRhonda has been an advocate for women and children, and her commitment to eliminating racism and empowering women, core to YWCA’s purpose, is life long,” said Margaret (Maggie) Brooke, chair of YWCA Central Alabama’s Board of Directors. “We are indeed fortunate that she will now be leveraging her talents in Central Alabama.”

“We knew all along that we wanted an engaging and inspiring CEO, an innovative leader who could build on the YWCA’s extraordinary past while leading the organization to an even more impactful future,” said Daniel.  “From the very first meeting LaRhonda impressed us with her clarity of purpose, her warmth and authenticity and her passion for serving marginalized populations.  We believe she will be a wonderful addition not only for our strong team tackling such important work every day but also for the leadership fabric of the entire region.”

Magras said she knows the difference the Y can make.

“Formally part of the YWCA family for just a few years, I have been a supporter and champion for far longer, and I have experienced first-hand the difference the YWCA can make in the lives of women and children, whether in crisis situations or simply in need of a consistent, caring, safe and dependable resource.”

Magras said YWCA Central Alabama is known for the quality of its staff, the effectiveness of its programs, the engagement of its board, and the deep support it enjoys across the larger community. “As the needs of the area’s women and children continue to grow, I feel privileged indeed to join such an important force, and I am humbled by the board’s confidence,” she said.

Magras is a native of Chicago who made her home there for four decades and has held positions for nonprofits in Chicago, Phoenix and St. Croix before moving to Nashville in 2011.  She spent three years as vice president of Youth Development with Martha O’Bryan Center, where she managed teams of over 100 full- and part-time employees, before being tapped by Mayor Karl Dean to be the Director of Children & Youth Initiatives for the Metro Government of Nashville and Davidson County.

When Dean’s second term ended in September 2015, Magras joined YWCA Nashville and Middle Tennessee as vice-president of Community Programs; she was subsequently promoted to senior VP of Program Operations.  At the Nashville YWCA, Magras is responsible for several service lines, including Domestic Violence Services, Girls, Inc., the Family Learning Center, and Dress for Success.

The first in her family to graduate from college, Magras holds a B.A. degree in Sociology from Chicago State University, an M.S. degree in Human Services Administration from Spertus Institute, and an Ed.D in Leadership and Professional Practice from Trevecca Nazarene University.  She is the mother of three sons, ages 19 to 28.  She and her husband, Marvin Magras, will be relocating to Birmingham in late August.

The search took five months and included more than 185 sources and prospects in at least 18 states and the District of Columbia, Daniel said.  “LaRhonda Magras was unknown to us at the outset of the search, but she proved captivating at every stage of the process,” Daniel said. “We are thrilled that someone of her caliber with direct experience in a sister YWCA will be our next CEO.”

The search was conducted by an eight-person committee of Daniel; Brooke; Dalton Blankenship; Tammy Fincher, Kay Kornmeier, Lisa Q. Miller, Kim Rogers, and Erin Stephenson.  The committee was advised throughout by Sam Pettway and Laura Lovelace of BoardWalk Consulting, a national executive search firm focused on the leadership and governance of nonprofits and foundations.

Brooke and Daniel were effusive in their accolades for the many hours their colleagues devoted to the executive search process.  “We also want to thank the YWCA’s leadership team and staff for maintaining such impressive momentum during the transition period.  Special thanks go to Pat Hoban-Moore for her steady hand as Interim CEO.”

Since its founding in 1903, YWCA Central Alabama has provided hope and healing to thousands of women, children and families.  Some of these come to the YWCA at the lowest point of their lives, perhaps fleeing an abusive relationship or simply looking for a safe, affordable place to call home.  Others may be seeking a strong foundation for their children or a way to help make their schools and communities more inclusive and fair for all.

Regardless of how they arrive, the women and families soon experience that YWCA Central Alabama is a consistent, caring and dependable resource for women and children in crisis.

YWCA Central Alabama is dedicated to eliminating racism, empowering women and promoting peace, justice, freedom and dignity for all.  The organization works every day to respond to the needs of women and their families through four primary program areas:  End Domestic Violence, Social Justice, Child Development and Housing.