Over the past two years, Shy’Viell Rudolph has written, directed, and produced 16 short films, tackling topics like domestic violence and racism; exploring the dynamics of black families and relationships; and re-imagining moments of black history. But she was just getting started.

Rudolph, 29, is now planning to create feature-length films that she hopes will help tell the story of the African American experience and empower everyone who views her work.

“My mission is to inspire people like myself to follow their dreams wholeheartedly, to never give up,” she said. “No matter what it looks like, just keep going. I’m not where I want to be yet, but I know I’ll get there eventually.”

This month, Rudolph released two new short films. “Possessive,” which is on YouTube, shares the story of a young woman trying to escape domestic violence.

“It’s a generational curse,” Rudolph explained. “She watched her mom go through domestic violence, as well, and she’s just trying to find a way to break the cycle.”

“Nothing Has Changed,” which came out Monday, February 17, seeks to challenge the mindset of its viewers.

“It’s a film about just showing how we as black people still operate on a slave mentality,” she said.

With those two films released, Rudolph will turn her attention to creating feature-length films. She dreams of her films one day being on the big screen in movie theaters across the country and on popular streaming services like Netflix. In the meantime, Rudolph is using social media to build buzz. Her latest short films debuted on her personal Facebook page and will be available on YouTube. She also has shown her work at film festivals like the Los Angeles Black Film Festival.

All the World’s a Stage

When Rudolph attended Miles College from 2015 to 2017 to study business, she had no plans of getting into filmmaking. But the theater department was looking for singers for an upcoming production, and Rudolph, confident in her vocal talent, auditioned and got the part.

“I just wanted to be in that play, but they had me acting, writing, doing all of that,” said Rudolph, who got hooked, especially on writing.

The Bessemer native decided to minor in theater, and after graduating from Miles in 2017 she realized she wanted to make movies.

“I started writing scripts, bought a camera, and just started filming,” said Rudolph, who launched her company Shyfly Productions the year she graduated.

Of all the films she’s written and directed so far, Rudolph said her favorite is one titled “Emmett Till Lived.” Till was a 14-year-old black boy who was lynched in Mississippi in 1955 after being accused of flirting with a white woman in her family’s grocery store. The woman’s husband and brother-in-law abducted Till and then beat, murdered, and mutilated the boy before sinking his body into a river. Till became a Civil Rights icon after his death brought more attention to the violent persecution African Americans were facing in the U.S.

In Rudolph’s film, she reimagines the story, asking what would have happened had Till not been taken that fateful day. Rudolph wants the film to give black people a sense of power: It’s about “us as people standing up for ourselves and standing our own ground,” she said.

Eric Johnson has acted in a number of Rudolph’s films, including “Emmett Till Lived,” and he said, “The thing I appreciate the most about her films is that through her films she shines a light on real issues.”

Robin Maiden—who has been a part of several films by Rudolph, including “Possessive”; she also co-starred in “Black People Who Didn’t Choose Slavery,” which Rudolph created in response to music artist Kanye West’s infamous statement that black people chose slavery—echoed Johnson’s sentiments.

“[Rudolph’s] films address very taboo and relatable issues in our community,” Maiden said. “She can portray them in a comedic light or serious sense to both keep you entertained and provoke thought.”

Rudolph said some people might say her films are “extreme,” but she prefers to call her work “raw” and “real.” After all, some of her films are inspired by own real-life situations.

When Rudolph was 14 years old, she left Bessemer and moved to Atlanta, Ga. Two years later, she dropped out of high school after getting pregnant.

“Once I had my daughter, life did not get easier,” said Rudolph, whose daughter is now 11 years old.

“I got tired of that lifestyle, and I wanted to make a change,” she said, adding that she didn’t know how.

Later, she found herself in an abusive relationship.

“It almost killed me,” Rudolph said. “I was like, ‘No! There has to be a better way. I can’t let anybody take me away from my daughter.’ So, I just changed everything.”

The transformation began when she found faith.

“I read the Bible for the first time in my life, and it just changed me completely,” Rudolph said, explaining that the book of Psalms had the greatest impact.

“It put fear in me,” she added. “Before then, I wasn’t afraid of anything—not even death—but Psalms gave me a new look at life. It made me cherish life.”

To truly change her life, Rudolph knew she would need to change her environment. So, she moved back to Bessemer, where she would have the encouragement and support of her grandmother and sister. They babysat her daughter and provided transportation when needed so Rudolph could earn her GED. “My sister was my biggest fan,” she said.

Rudolph later went to Lawson State Community College for an associate degree before enrolling in Miles College, where her love for filmmaking was sparked.

The Academy of Motion Picture Arts and Sciences was criticized, once again, for its lack of diversity after announcing the 2020 Academy Award nominations in mid-January. Out of 20 acting categories, black British actress Cynthia Erivo, star of “Harriet,” was the only person of color nominated for an Oscar. Furthermore, all nominees for best director were male.

But these types of announcements don’t discourage Rudolph. They only motivate her to work harder. The lack of diversity proves to Rudolph just how important it is for black filmmakers to share the stories of black people. Rudolph counts Tyler Perry, Spike Lee, Ava DuVernay, Ice Cube, Lena Waithe, and Issa Rae as some of her biggest inspirations and hopes to work with them all one day.

“Representation on our behalf is everything,” Rudolph said, adding that through her films she hopes to represent black communities, black families, and the black experience.

“Who better to tell our story than us?” 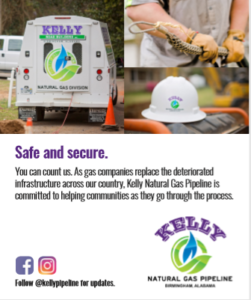 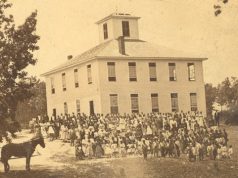